10 Gaming Let's Plays You Should Watch

Watching other people play games can be just as fun as playing them, but finding a good Let's Play can be hard. Here's a few that are worth your time.

These two have been playing games together on video since college. While Chip usually takes Ironicus on a kind of guided tour of a game, showing him secrets and sharing development info, the two often get lost on tangents and come up with running gags.

You could basically watch anything they have done, but I really like their playthrough of Metal Gear Solid 3. Just like the game, their commentary is off-kilter, very silly, and blast from beginning to end. For example, early in the game they pick up a frog, name him Mission J. Frog, and tell the viewers that this frog has a special mission. That mission is to be used as a distraction in a late boss fight, where he is electrocuted to death. RIP Mission J. Frog.

Strictoaster only players simulations games, and he especially likes city building games. In his non-YouTuber life he's a graphic designer, so his approach to these games is more about making a beautiful city than a efficient one.

There's something mesmerising about his process — he'll sometimes make an entire intersection for 45 minutes, decide he hates it, and then rebuild it, like he eventually does in this Sim City 4 LP. What's most satisfying about that is he always ends up being right about his design choices. Urban centres and suburbs really are prettier once you add trees and flowers, and intersections are worth slaving over.

I tried to get into Assassin's Creed, but I ended up wanting to know more about the history than about Assassins and Templars. Good thing Geop's Assassin's Creed LPs are full of facts. Although his LP of the first game is still really informative, his Assassin's Creed II playthrough is really slick, with some edited inserts to highlight the architecture and culture of the Renaissance in Italy. I especially liked when he pointed out how the in-game maps were historically wrong. I guess the Animus can't get everything right. 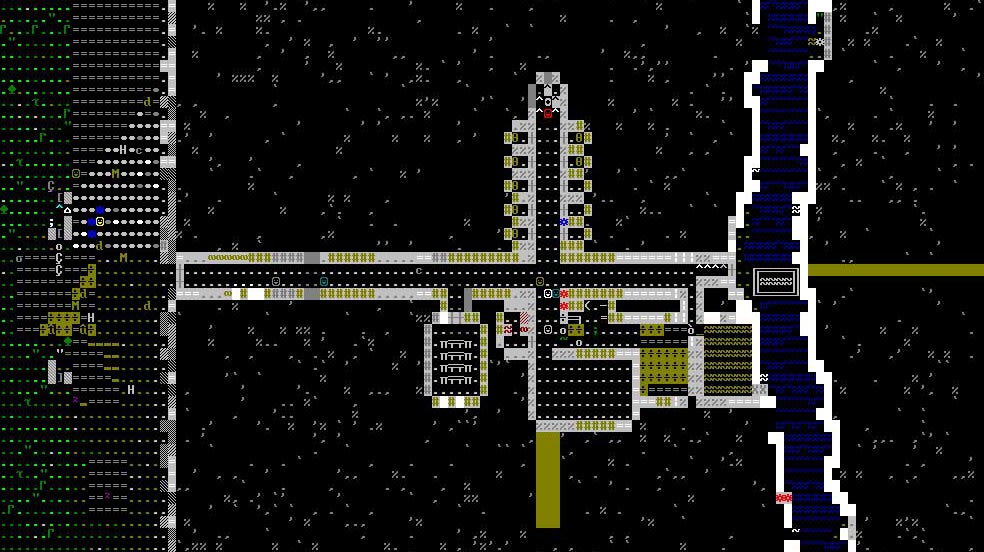 Usually Let's Plays involve watching hours upon hours of video footage with someone talking over the top. Not so with Boatmurdered, a Let's Play of Dwarf Fortress. This comes from a thread on the Something Awful forums, where a series of users would take over a save file from Dwarf Fortress and play it for an in-game year.

They all have wildly different approaches to playing, and also to presenting how they played their run. Some are straightforward diaries, others are written as dwarves, and another in character a Dungeons & Dragons nerd that's been kicked out of his mother's basement. As is typical for games of Dwarf Fortress, they are plagued by rampaging elephants and die in a flood of magma.

When you learn a game's systems inside and out, sometimes it's fun to try and push it past its limits. That's what Brothgar often does with Oxygen Not Included, one of the base building games he Let's Plays. In this massive playlist of the different challenges and experiments he's done in the game, he'll throw you some science and engineering facts and pull out a spreadsheet or two.

This massive knowledge base comes in handy when he starts the Mega Base Challenge, where he tries to make the biggest, most technologically impressive base in a game that's mostly about resource management and failure. It's a delight.

Some Let's Plays you watch because you like the personality of the player. Some you watch because the game is just weird. Supergreatfriend specialises in these kinds of games, and his playthrough of MODE is where he really shines. He gives a lot of context for this bizarre 1996 FMV game's development and history.

MODE bills itself as "an intriguing interactive drama on CD-ROM," that takes place at a highfalutin art party. Throughout the playthrough, Supergreatfriend points out the technical limitations of the format that makes the interactions with other characters so strange, as well as some of the history of FMVs and their decline. He also has a wry, subtle sense of humour that gets a chuckle out of me.

Superman64 is one of the worst games of all time, and at the beginning of this LP, Proton Jon admits to kind of liking it. Not because it's good, of course, but because it's fun to dive in and break it. This LP funny and informative, and there's a bit of a mystique to it. It started in 2010, only hit stage four in 2011 when Kotaku editor in chief Stephen Totilo wrote about it, and last year finally made it to stage nine. There are 16 stages in this game. I can't wait until he finishes this in the year 2087.

Batman9502 is a hidden gem on YouTube. He puts out a slow stream of high-quality LPs with great commentary, and a genuine mastery of the games he plays, along with real enthusiasm for them. Near the end of the Arkham Asylum, there's a sequence where Batman walks through a crowd of applauding henchmen. One could feasibly ignore this and it wouldn't affect anything, but Batman9502 chooses to fight — for the sole reason that it's fun. "I gotta do it!" he says. The excitement in his voice is palpable.

James Howell is a writer and translator who wrote "Driving Off The Map," a critical essay about Metal Gear Solid 2 that I consider to be the best piece of games criticism ever written. He's also really, really good at video games. This Big Boss rank playthrough of Metal Gear Solid 2 is astounding and James explains his strategies in detail while also taking time to provide off the cuff analysis. It's the perfect combination and makes for one hell of a Let's Play.

Thematically, I love horror games, but I am also a massive chicken when it comes to actually playing them. Let's Plays are a nice way of softening the terror; everything is a little less scary when you have someone else freaked out with you. But, I don't want said person hamming it up for the camera, yelling and screaming at every tipped coffee cup.

Pathologic is a fascinating game that I will one day muster up the courage to play, but until then, Marshall Dyer's series has been my way of seeing that game play out. I'm still working through his Let's Play, but his soothing voice eases the dreariness of the world. Dyer is really good at offering in-the-moment critique, like you're sitting on a couch watching a friend play and having a casual conversation about the game. He gets into character while reading the text as well, and with a voice made for radio, Dyer really draws you in with it.