15 Of The Strangest Dystopias In Gaming 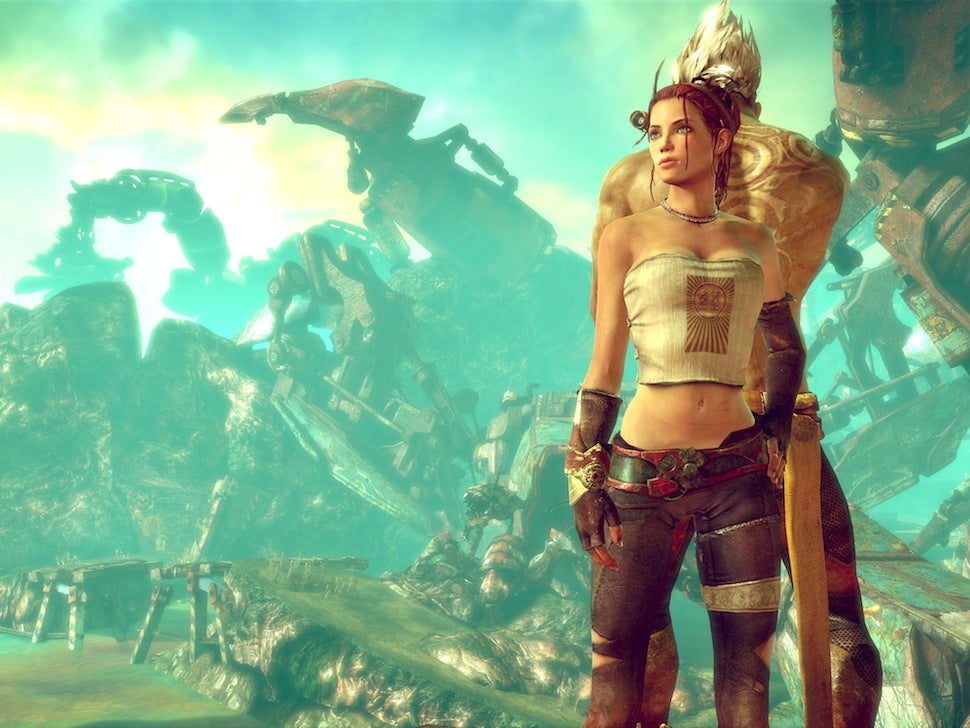 The future is scary and, according to these 15 dystopias in video games, it's going to get a lot stranger before things get better.

This story originally appeared in January 2015.

Paris, the city of lights and memories. But what about memories that can be shared and erased? Neo-Paris has a facelift with bright lights, huge corporations, and rebels called Errorists. Dystopias reach another level when they can shift the fabric of the collective memory, a Jungian unconsciousness subverted in favour of the state.

Erasing regrets has its allure, and this mix of science fiction, action, and Eternal Sunshine of the Spotless Mind is a reminder that even the worst memories are better than none.

What does half a life amount to? In City 17, the Combine is sucking the life out of humanity. Our Benefactors were inspired by the works of Frank Herbert and Ken Kessey's One Flew Over the Cuckoo's Nest, a police state ruthlessly stamping out dissent — a plot behind a plot behind a plot. I'm trying to imagine a world run by Jack Nicholson and Kyle McLaughlin.

In the future, a single seed amongst rotten food hundreds of years old needs only the hope of mankind to sprout. Chrono Trigger's dystopia is presented in a brown palette that's devoid of life, with dust storms making visibility difficult.

Enetrons, cylindrical chamber technology, are energy sources that, along with the thieving rats and rogue robots, probably make for the most exciting and dangerous things to happen to the lives of people living in the domes. Or unfortunately living hopeless lives as this case may be...

Phantasy Star is the game that introduced me to dystopias. On the surface, Motavia seems like a paradise. But then there are the masterminds behind Mother Brain who are the true evil, exploiting the system to satisfy their insatiable needs. As it turns out, these aliens are actually human beings from Earth. Thanks, humanity, for ruining Motavia too!

Why's the future have to be so bleak? Grey Death is decimating the population and only the elite have access to an Ambrosia that counters the effects. The rich become richer, the poor die, and a machine AI tries to become a god. Where's the deus ex machina where everyone is saved and lives happily ever after?

Thankfully, whoever has control of the Fire Emblem can change the fate of Chrom's and Co.'s future — the alternate timeline future in which the Fell Dragon, Grima, is resurrected and kills many of our present day heroes leaving their children to fight a losing war against the undead.

During the course of the story, the future bloodlines consistently tell tales of death and turmoil while many of the offspring harbour feelings of abandonment leading to resentment of their parents being absent due to death.

Unfortunately, possession of the Fire Emblem is no easy task — defined by classes of thieves, magicians, cavalry, wyvern riders and fighters all trying to thwart your plans by way of grid-based strategic plotting.

Beyond Good and Evil

Animal Farm in many ways was one of the scariest dystopias written for the way it allegorized the evils of government in the form of pigs, horses, and birds.

Beyond Good and Evil took that a step further by combining Orwell with Nietzsche. The DomZs are trafficking humans and the Alpha Sections, who claim to help the people of Hillys, are actually under their control. Nothing like aliens controlling human sock puppets as defenders of the world.

Underwater haven or sky city — pick your poison. Both have incredible architecture. Both are miserable to live in. Charismatic leaders — men of bold vision who have serious family issues — prop both societies up. Would you kindly forfeit all your freedoms and privacy in exchange for a modicum of happiness? Sure.

Before the Matrix, there was Shadowrun. Megacorporations and the Computer Crash of 2029 led to the global network. The Matrix is the internet's shadow, and the big corporations need someone to do their dirty work. Taking out the trash is hard, even in digital form.

When we meet Red the singer in Cloudbank, her voice is gone. It's not just her voice that's taken, but her lover too. As the journey unravels, revealing bits of information players have to piece together from cryptic messages and machines that vote on things such as the weather, it's clear that there's much more that's been taken from Cloudbank.

Individuality and independent thoughts, it seems, are lost in this world. The people's freedoms are masked by the glowing green pulses of a technologically-created, sterile world.

Then there's "The Farm" that is located just outside Cloudbank. What's real and what's not? We're still trying to put those pieces of the puzzle together.

The promise of what we can expect in Radiant Historia's future is a world affected by a desertification. The only land would be desert and people would turn to sand and add to a wasteland bereft of life.

The power of the White Chronicle could allow its chosen hero to travel through time and alternate branching timelines to slow the process of desertification. Each path is a dangerous choice in ever growing wars and the end game is no different, with sacrifices made to save the world.

Enslaved: Odyssey to the West

Futurama's New New York was a colourful mix of aliens and alien invasions, mutants living in the sewers and robot suicide booths. Enslaved's vision of New York, on the other hand, was littered with beauty amongst the decay. Red flowers on patches of green burst through rubble of famous Manhattan locations such as the Museum of Natural History and Grand Central Terminal. It was a sombering experience, vacant of human life and dominated by vicious machines hunters.

It's another game where questions were put forth: live in the safety of another's utopia while sacrificing humanity and choice? Or go forward, enduring excruciating hardships as an exchange for free will?

Split timelines, wild theories and the cyclical nature of the Hero of Time confuse but also make for interesting lore in the Zelda series. The removal of the Master Sword in Ocarina of Time plunged Hyrule into a chaos that saw evil envelop the land and leave dark clouds hanging over the Death Mountain while Redead took over Hyrule Castle's surroundings.

When evil encroached on peaceful times, Wind Waker's future was one in which a Hero did not return, Hyrule was lost and the Legend forgotten beneath a vast ocean giving rise to dozens of islands, many uninhabitable and crawling with evil.

It's a recurring theme in the Zelda series — lands overrun by dark forces with kidnappings, and people not daring to wander after sunset, or forced into hiding. It takes quite an adventure to restore peace but history proves time and again that happiness is fleeting.

You know those websites where people muse about song lyric meanings? A trip to Beck's "Cities" playable song level in Sound Shapes has us questioning the same. Rhythmic missiles dance to a beat while words from the lyrics appear, move and take shape on the landscape.

It's the backdrop of the war torn, decimated city while Beck croons, "You weren't made for this place. It's not your fault..." that has us trying to decipher whether we're in the middle of a drawn-out war or if it's a peek into a bleak future where nuclear-type radiation bursts blanket areas with bass lines facilitating the patterns in which they move. It's a terrifying, lonely scenario, albeit a catchy-sounding one. Though, we could also be overthinking the meanings behind this one.

The greatest dystopian game very few people had the fortune to play, this Blade Runner-inspired adventure game had bioroids, or snatchers, trying to take their place in humanity. Why can't we just leave the androids in peace for trying to be humans? Then again, hubris is the greatest crime in Greek mythology. What's the word for a machine trying to be human? Siri, did you hear my question?