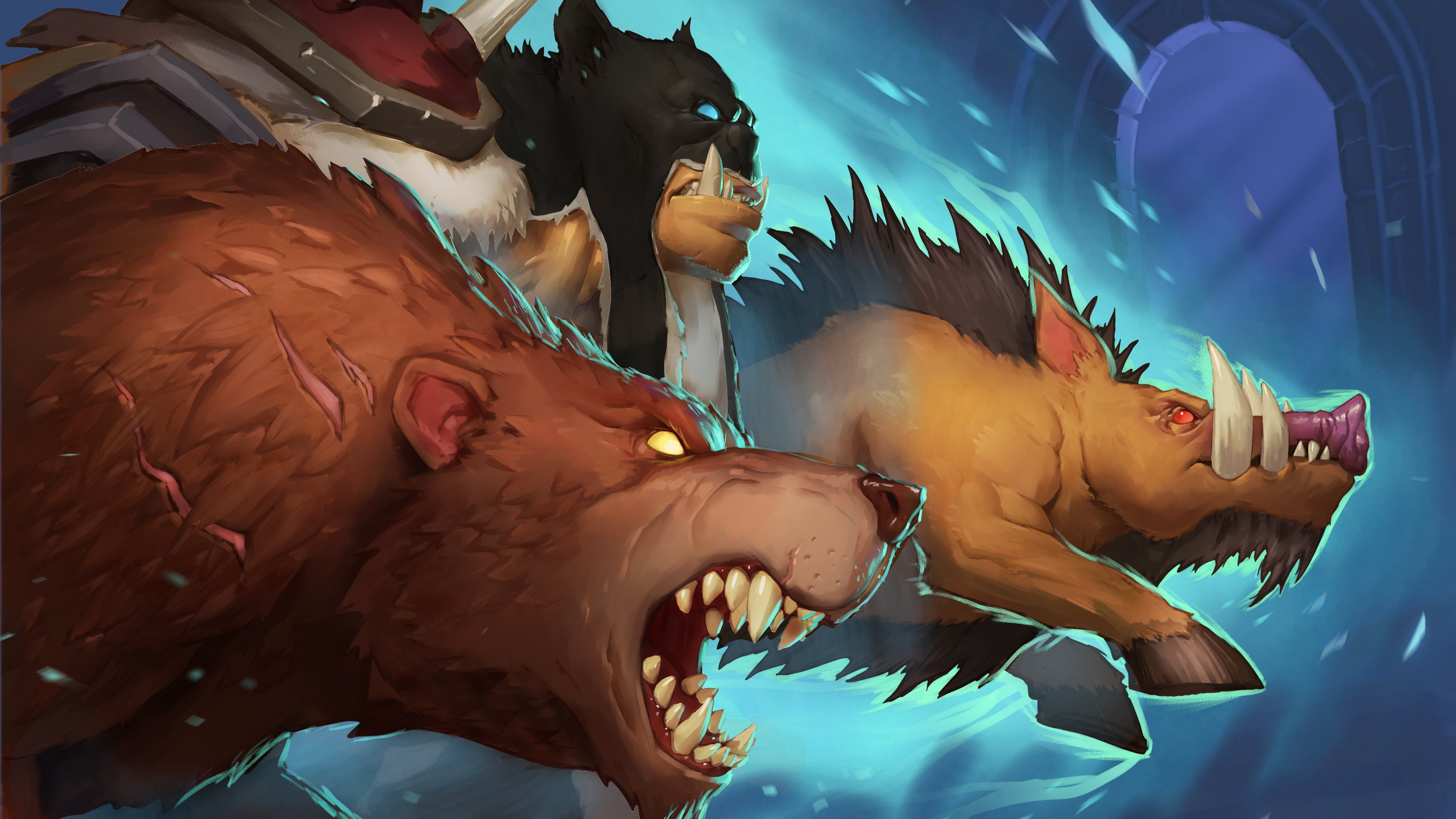 Now that Hearthstone's latest expansion Kobolds and Catacombs has been out for a few weeks, we're seeing the metagame start to calcify as people begin to realise which decks and cards reign supreme. In the process, many cards that went under the radar in the lead-up to Kobolds' launch turned out to be a lot more powerful than expected. 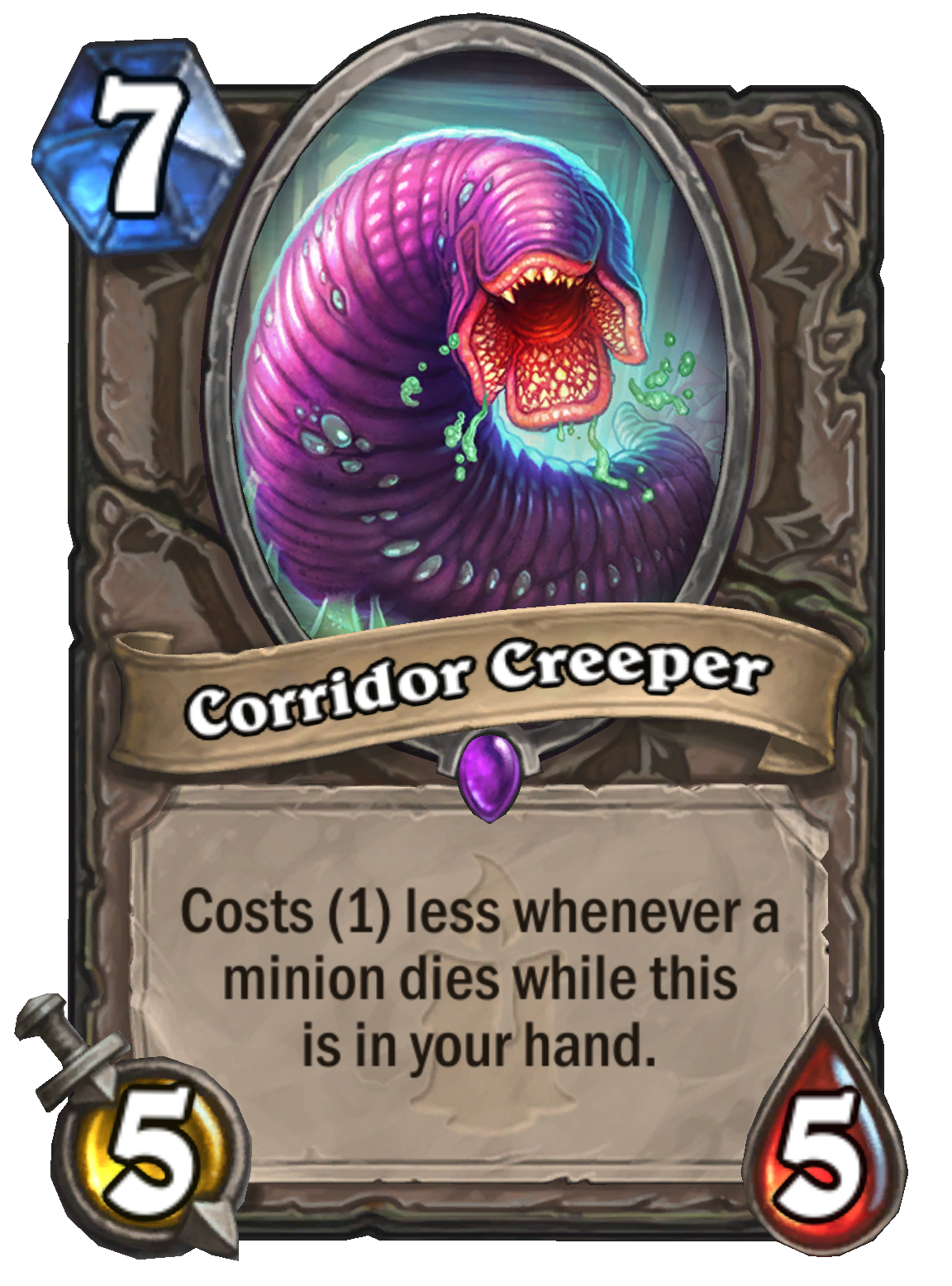 What it does: It's a 7-mana 5/5 that gets cheaper every time a minion dies while it's in your hand.

How we thought it would play: In Hearthstone, your average "vanilla" minion should typically align with its mana cost. So if you're paying 7 mana, you'll want a minion with at least 7 attack and 7 health — way more than that in constructed play, where decks take advantage of broken card interactions to cheat that baseline. Needless to say, a 7-mana 5/5 like Corridor Creeper is way under-statted for the cost.

Now, a 3-mana 5/5 — or better still, a zero-mana 5/5 — could be borderline overpowered, given the right circumstances. The problem is, we didn't think those circumstances would come about. For this card to be good, after all, you'd want to play it for around three mana, and to do that, you'd have to hold it in your hand while four minions died on the board. When it was initially announced, even the most optimistic streamers said the card might "have a place" in competitive play, while others like Jeffrey "Trump" Shih predicted that it wouldn't get discounted quickly enough to work in a serious deck.

How it actually plays: Well, as it turns out, Hearthstone's metagame is currently in a place where Corridor Creeper is quite often playable as a zero-mana 5/5, since you're likely to have a lot of creatures die while you're holding it. This is not only insane value, but it's often a must-play in decks that run lots of minions or decks that run lots of tools to kill minions en masse. Following up a massive board clear with a 5/5 beast is pretty strong. 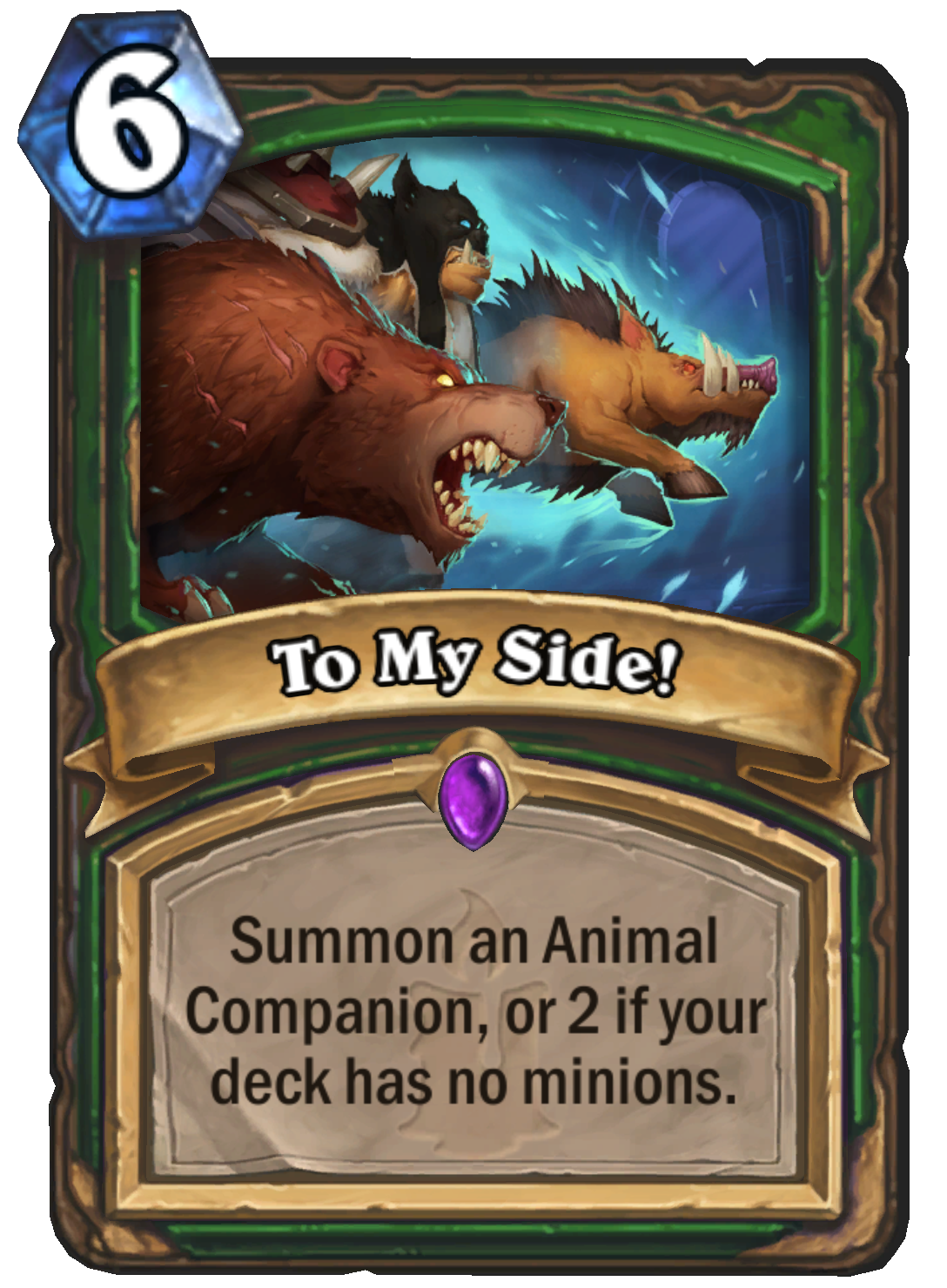 What it does: It summons one of three random Animal Companion cards, or two if you don't have any minions in your deck.

How we thought it would play: So there's actually another card, "Animal Companion," that summons one of three random beasts for 3 mana. For double the cost, To My Side has the exact same effect — unless you run no minions in your deck, in which case you get to summon two animals. That's a massive compromise for a card that feels like it'd be balanced without the caveat. Needless to say, most people thought this card would be trash, and some even went so far as to call it a "garbage, slap in the face" to competitive play.

How it actually plays: Let me be clear: To My Side is not that great of a card, and it's absolute crap in Hunter decks that run minions, which is to say most Hunter decks. But as it turned out, "Spell Hunter" decks with zero minions have actually become a legitimate (although not necessarily competitive) archetype. So, as we're beginning to find out, its synergy cards (including the similarly underrated Rhok'delar) can actually work pretty well. Again: not that great, but definitely underrated. 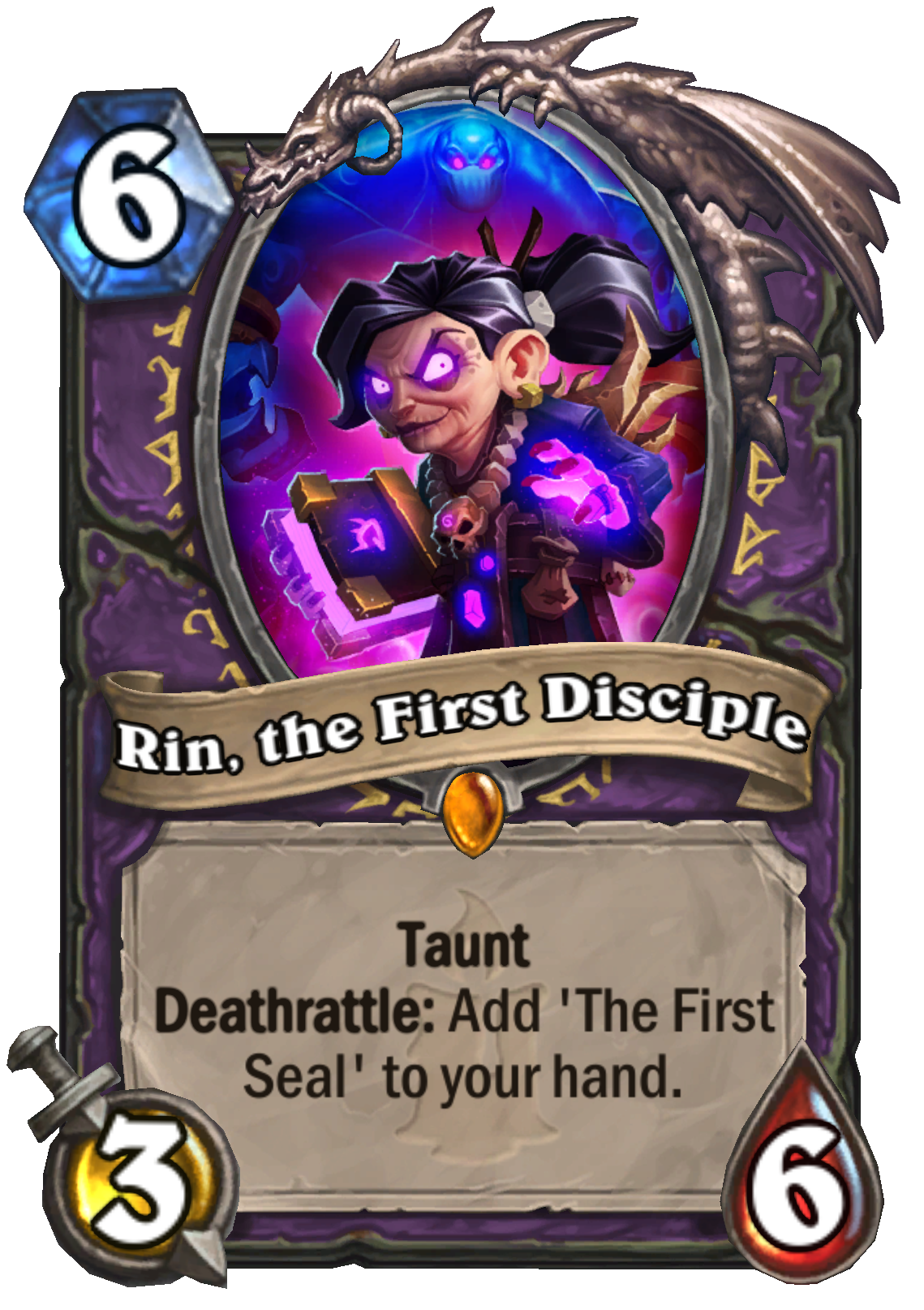 How we thought it would play: If you were to ask me what the top 5 most fun, but least viable cards this expansion would be, I would have said Rin, the First Disciple. As a 6 mana 3/6, she's already not great, but the fact that you need to spend 41 friggin' mana, extremely inefficiently, to get the Azari payoff seemed excessive. By the time you get the reward, I figured that you'll have already died to most decks that try to kill you as quickly as possible.

How it actually plays: Smash cut to a few weeks later, and it turns out that the metagame has become so consistently slow that a 40-or-so mana card can actually win you the game against some of Hearthstone's most powerful decks. 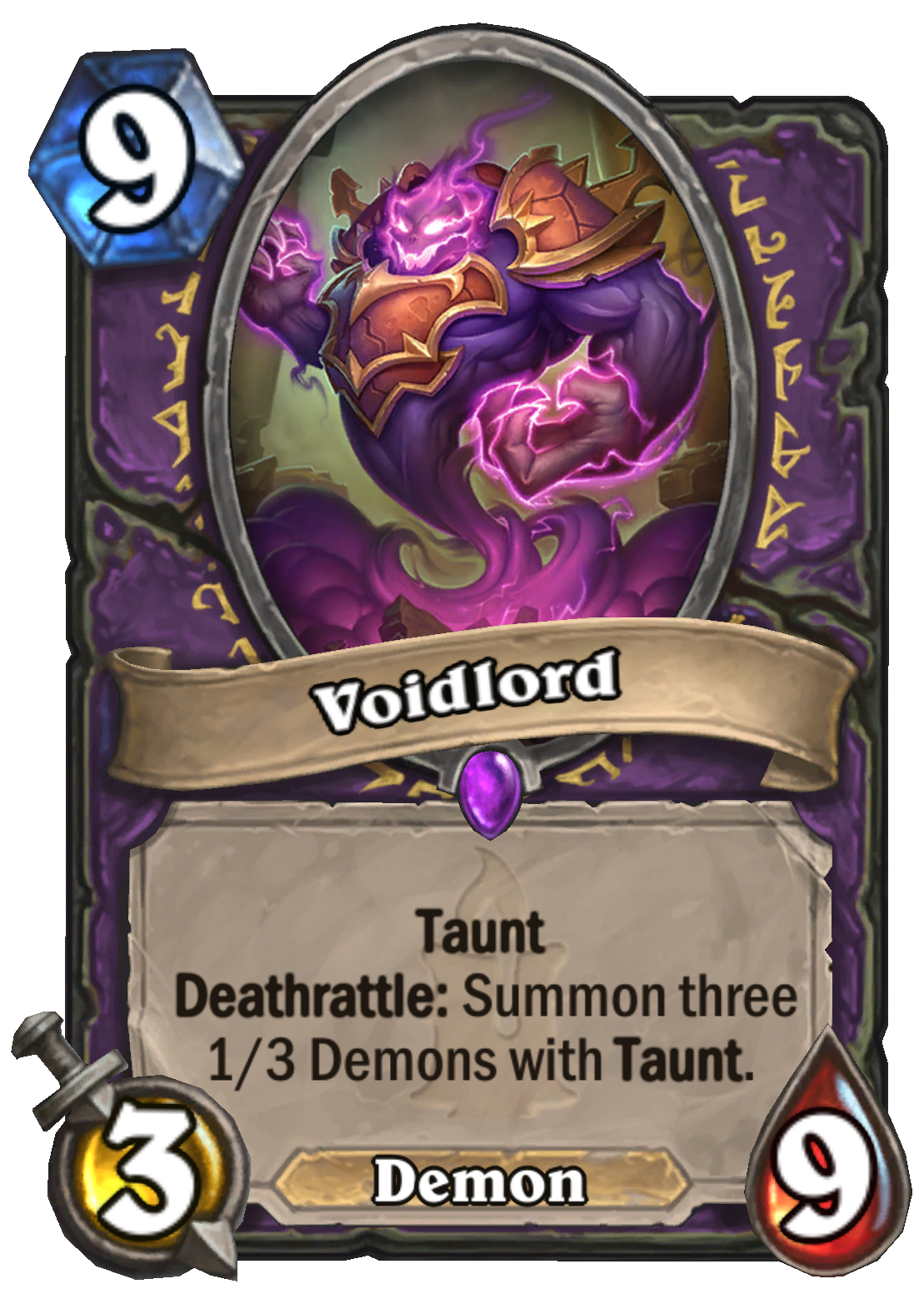 What it does: A 9-mana 3/9 demon with Taunt that summons three 1/3 demons with Taunt once it dies.

How we thought it would play: Nobody thought Voidlord was gonna be a bad card. A combined statline of 6/18 spread across four minions is obviously pretty good.

How it actually plays: But what people didn't realise was how meta-breaking Voidlord would ultimately become. Since it's a demon, this card can theoretically come out on turn six when paired with Possessed Lackey (see below) or the new Warlock Legendary Skull of the Man'ari, which summons a demon from your hand at the start of every turn. From there, you can have your Carnivorous Cube "eat" the Voidlord, then summon two more when it dies. After that, you can bring the Voidlord back to life with cards like Bloodreaver Gul'dan or N'zoth the Corruptor.

When you take into consideration all these insane synergies, Voidlord is an endless value machine that's near-impossible to stop. At this point, it's gotten so bad that people are starting to use silence cards like Spellbreaker just to get past the endless wall of Voidlords.

What it does: A 5-mana 2/2 Warlock card that summons a demon from your deck when it dies. 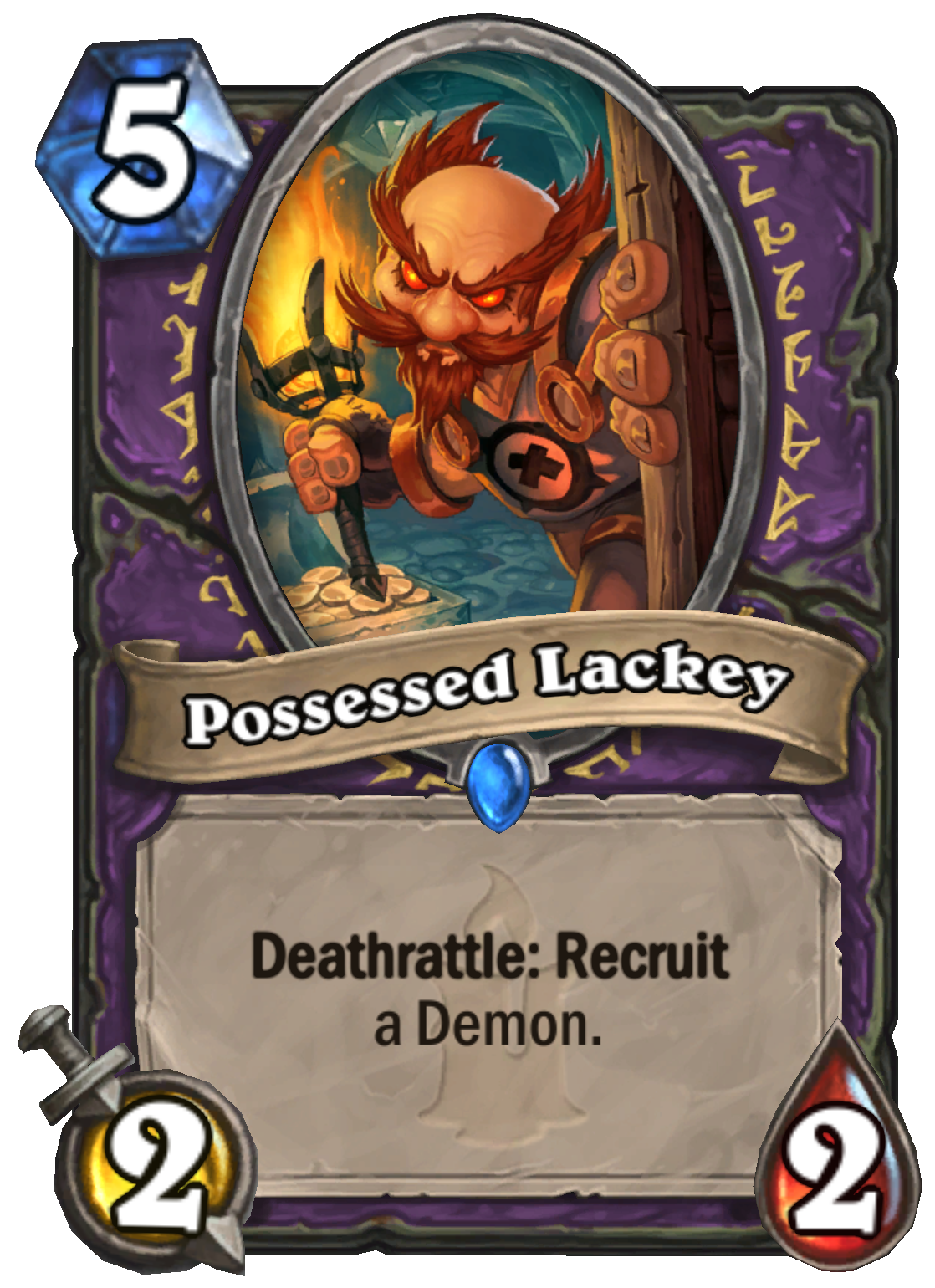 How we thought it would play: A five-mana 2/2 is already extremely under-statted for the cost, but Lackey also looked bad because it loses to silence effects or to "Potion of Madness," a popular card that lets a Priest steal any minion with 2 attack, and then suicide it to negate its positive effect.

How it actually plays: More often than not, though, you play against a non-Priest deck that doesn't have Potions of Madness or Silence effects. In these scenarios, Possessed Lackey ends up being a straight-up five-mana 2/2 that summons a powerful demon — Voidlord, for instance — and that's enough to define a metagame.