A Super Mario Sunshine World Record Years In The Making

AverageTrey first got into speedrunning Super Mario Sunshine back in 2013. He’d always loved the game as a kid and thought the records in the 120 Shines category still had plenty of room for improvement. Five years later he’s finally cracked the three hour barrier in one of speedrunning’s most popular games.

“It’s truly been a journey,” he said on stream after getting a time of 2:59:58 late Friday night after chucking his controller across the room in both shock and relief. “Like, what a run dude. What a fucking run dude.”

Spurred on by a friendly rivalry with one of the game’s other masterful players, ShadowMario27, AverageTrey had been inching closer to the coveted sub-three hour time over the past few months. And I mean literally inching, shaving off half a minute here and a few seconds there from to go from 3:02:18 six months ago to 3:01:25 on the eve of 2018.

Always trailing behind ShadowMario, however, he never seriously considered he might be the one to get there first. But then an incredibly executed run he never guessed was inside of him unleashed itself.

“There haven’t really been any breakthroughs since an advanced trick with the rocket nozzle known as ‘Rocket Rollouts’ became a movement option a few months ago, and even that only saves a couple of seconds in a handful of levels,” AverageTrey said in an email.

“It simply came down to better execution, getting a proper spread of good luck on the random aspects of the run, and the ability to play under high pressure for 1-2 hours while on amazing pace.”

Usually great speedrunners manage to improve on specific portions of their chosen game during a specific run. Finally nailing a hard to pull off trick or getting lucky with some of the RNG can boost them by a few seconds, or even a few minutes depending on the game, and allow them to incrementally push a world record forward.

AverageTrey’s run was remarkable for dramatically improving in several different segments. Unlike a lot of games where new speedrunning records come as a result of discovering new glitches or movement exploits, a sub-3 hour run has been possible in Super Mario Sunshine for sometime using existing knowledge.

It was simply that no one had yet managed to play that well during a single attempt, until AverageTrey.

“Clutching out runs is the hardest part,” he said on stream during the run, noting that ShadowMario had several similarly promising runs earlier in the week that all ended up in the rash after small mistakes or bad RNG cut the legs out from under them.

Super Mario Sunshine 120 Shines runs fall on the longer end of the speedrunning continuum, with 100% runs of Super Mario Bros. 3, Super Mario World, and Super Mario 64 all taking well under two hours to complete. I

Investing hours into a run only to see it blow up in your face and still persevering as you press the reset button is one of the things that makes Super Mario Sunshine speedrunning uniquely challenging.

“You can’t get attached to runs too early, you have to not get tilted by mistakes, because mistakes will happen in a category this long for sure,” he said after the fact. He’s still not really sure how he didn’t blow it.

“My brain was so confused as to how I didn’t choke that I was less nervous,” he theorised. “The fact that Bowser didn’t fuck me was truly remarkable.”

Super Mario Sunshine ends with a fight against Bowser (naturally) except in keeping with the game’s theme the King Koopa is sitting in a bathtub of green goo. To beat him you have to run along the outside ring of the tub stomping on weak points that slowly destroy the it while trying not to get thrown off course by the goo Bowser’s splashing around.

With less than two seconds between him and a sub-3 hour time, it was pretty much up to Bowser at that point. In the end though it turned out to be AverageTrey’s night.

“This is the best speedrun I’ll probably ever do my entire life.”﻿

“I knew eventually, statistically, it would happen,” he said about the world record. “Green machine almost ruined it but Bowser was a homie, bless his heart, and here we are.”

Of the hundred of serious speedrunners who have chosen to take a crack at Super Mario Sunshine’s 120 Shines category, all of them are sure to have diverging and highly personal reasons as to why. For AverageTrey it was, somewhat unintuitively, how easy the challenge seemed relative to the game’s much more highly optimised Any% category.

“When I then checked out the record for 120 Shines, which was a 3:43 by Samura1man (who was also a major inspiration to me), I thought to myself that if I put in the effort, I could just maybe beat it one day,” he said. 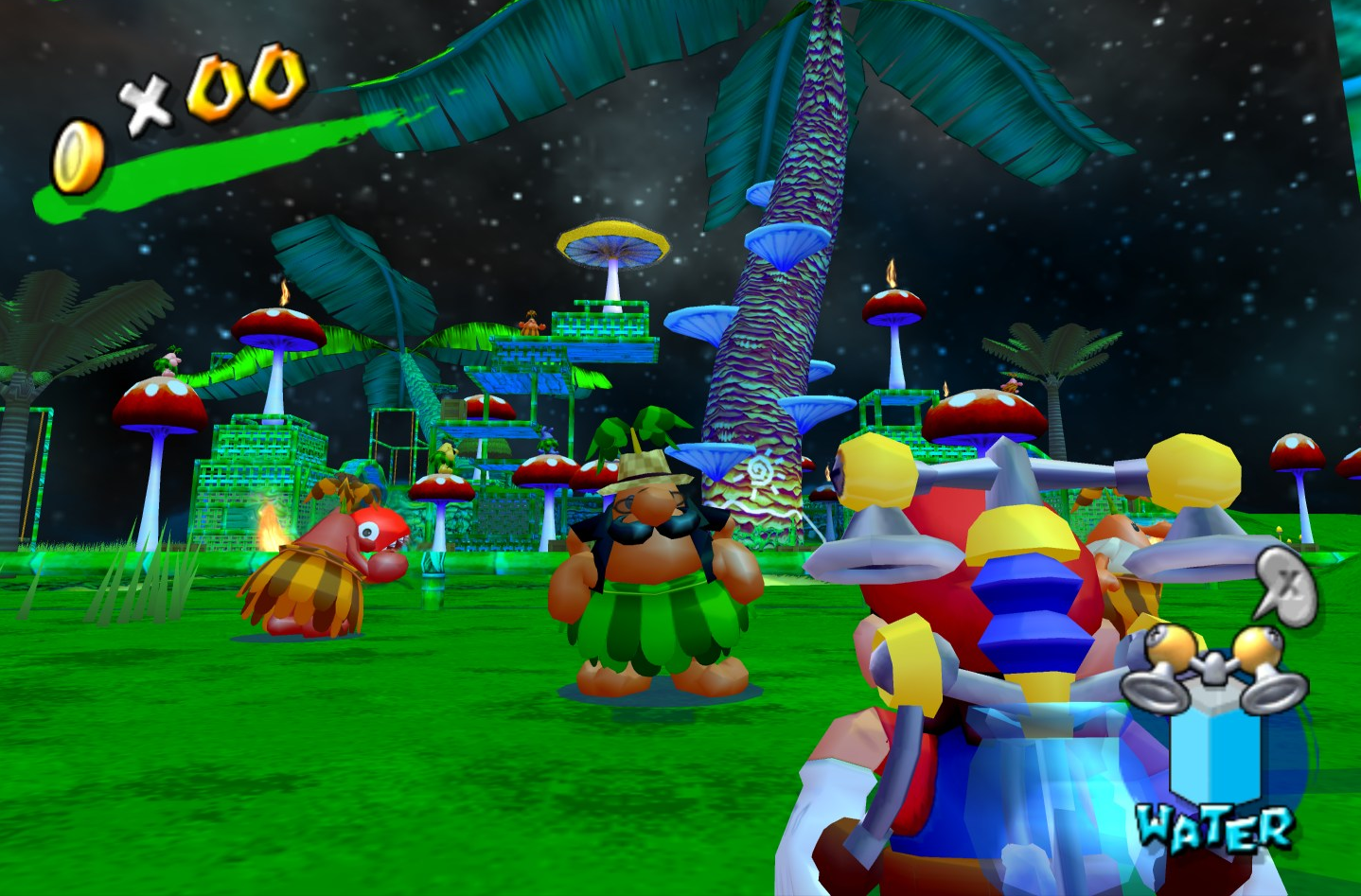 He’s always been interested in speedrunning ever since coming across a TAS (tool-assisted-run) of Super Mario 64 on YouTube when he was 10-years-old. Having always loved Super Mario Sunshine and seeing the potential opening in the 120 Shines category, watching runs at Awesome Games Done Quick (AGDQ) 2012 finally tipped him over the edge.

Several years and hundreds of playthroughs later, he’s now become one of the game’s legends. “So many rivals I had along the way just really inspired my to push myself in this category,” he said. “This is the best speedrun I’ll probably ever do my entire life.”

“Three years ago it was just a meme. Sub-3 was just a meme,” AverageTrey said at the end of his stream Friday night. But it’s not just his talent, hard work, and luck that made it go from being a meme to a reality. Speedrunning is a collaborative affair.

“A plethora of big discoveries and route changes over the past few years, discovered by a variety of members within the SMS Speedrunning Community, allowed this time to be possible.”

As for what’s next, AverageTrey is pretty sure that 2:58:XX records are right around the corner, given improvements still left to be made in his latest speedrun alone, and he’s confidant that even if he doesn’t achieve it, ShadowMario will. For now, you can watch the current world record run below: