And The Destiny Merry-Go-Round Spins Again 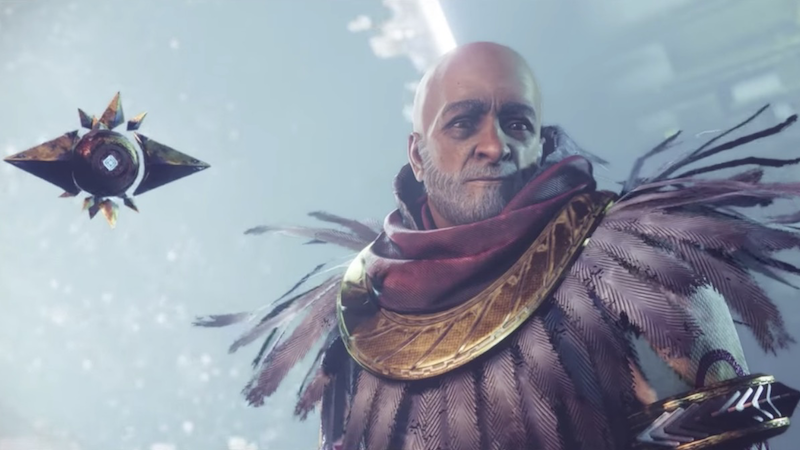 Stop me if you've heard this one: In September, Bungie releases an online first-person shooter. A few months and a disappointing expansion later, the game is in trouble. Fans are mad; a lot of people are quitting. Bungie vows to do better and sets about making improvements. Patient fans are eventually rewarded with a better game.

I could, of course, be talking about either 2014's Destiny or last spring's Destiny 2, a sequel that so far has hewn remarkably close to its predecessor's trajectory. Yesterday, Bungie detailed a heap of planned changes to Destiny 2, many of which are in direct response to player requests from the past several months. To those of us who like Destiny 2, it's good news. To many of us who were there throughout the lifespan of the first Destiny, it's also exhausting.

With Destiny 2, Bungie scraped away the accumulated cruft of the first game's three years of expansions, patches, new progression systems and currencies. At the end of its three-year run, the first Destiny was a good game that was filled with things to do, but it was also a thick knot of overlapping progression numbers and currencies, and hardly welcoming to new players. With Destiny 2, it initially seemed as though Bungie would be taking what it had learned from the first game and improving on it in a straightforward way. Perhaps, we dared hope, Destiny 2 had been engineered to grow and expand less awkwardly than the first game.

From October through December, the sequel's issues and shortcomings came into sharper relief. There didn't appear to be any grand plan; a bunch of things were simply missing. Players left the game, and clans (such as mine, womp) that used to complete every weekly challenge lost momentum as people stopped finding reasons to play. Soon came the inevitable chorus of player complaints, then a regular stream of criticism and bitter disappointment expressed on the game's lively subreddit and official forums, and then, of course, the pledges from Bungie to do better.

We've been here before. We've done this before.

In the midst of all that came December's Curse of Osiris paid expansion, which went just about as expected. It added a brief, narratively cool but mechanically dull story campaign, a couple of neat new exotic weapons, and an impressive "Raid Lair" mini-raid that was the standout of the expansion. Osiris did little to address broader criticisms about the shallow endgame, unexciting loot, or staid PvP. The subsequent limited-time "Dawning" holiday event, with its focus on cosmetic items that could only be earned through the Eververse microtransaction store, exacerbated tensions between developers and players. (Of course it did.) By the start of 2018, the hardcore Destiny fandom was angrier than I've seen it since… well, since around three years ago, in 2015. Or maybe it was two years ago, in 2016. Or was it last year?

That's the thing about all of this. We've been here before. We've done this before. I've seen Bungie struggle to respond to overwhelming player anger. I've read the promises about how they're listening. I've sympathised with the studio, which has struggled to match its toolset to the job at hand, and has never seemed agile when it comes to fixing problems or adding new things to the game. I've sympathised with players, who've looked longingly at the size and scope of other online games, with their deep crafting economies and countless dungeons and raids, and wondered why Destiny can't work that way. After a couple of weeks with Destiny 2, I wasn't expecting history to repeat itself with this level of precision. Yet here we are, and the similarities are uncanny.

Speaking of similarities, consider the specific changes Bungie announced yesterday. Over the course of 2018, Destiny 2 will get strike scoring, private PvP matches, 6v6 PvP matches and even a rumble PvP playlist. If all of those new features sound familiar, that's because they were all included in the first Destiny and removed for the sequel. Destiny 2 will also get a number of new things such as a PvP ranking system, enhancements to the recently introduced masterwork gear system, and an overhauled weapon mod system. But most of the noteworthy future changes come from the past.

Most of the noteworthy future changes come from the past.

There is of course nothing wrong with reintroducing good ideas that had previously been cast aside. Strike scoring was cool; private PvP matches were fun. 6v6 crucible matches were chaotic but plenty enjoyable, and there can be little doubt that Destiny 2 needs more Crucible playlists in general. But the more of Destiny's past that Bungie injects into Destiny 2, the clearer its future comes into focus, not just for the rest of 2018 but beyond. Given what we know about the 10-year franchise deal Bungie made with publisher Activision, it seems safe to assume that all this will happen at least one more time down the road, presumably with a game that will be called Destiny 3. (Kotaku news editor Jason Schreier tells me he hears that Destiny 3 is indeed already in development, as expected.)

Imagine, if you will, angry Destiny 3 players complaining about how much better Destiny 2 was, and demanding that Bungie bring back cut features. "I miss the Masterwork system," writes a fan, laying out their case for its return. "And why did they have to get rid of 4v4 Crucible matches?"

As I've been chewing on the current state of Destiny 2, I went back and re-read some of my coverage of Destiny's first year. I was struck by some remarkable similarities between what I had to say then and what I'm seeing now. Now as then, the game has been improved, but not enough. Now as then, it has been expanded, but not always in the right ways. Destiny 2 feels like a subscription-based game disguised as a $90 game with optional DLC - which is precisely how I described the first Destiny in January of 2015.

There is one crucial, built-in difference between then and now, which is that was then, and this is now. Three years ago, Destiny players were collectively sharing a fresh experience with a fascinating, flawed new game. Repeating the same experience three years later is more frustrating, particularly given that we know we'll have to do some variation of it again in a few years.

In Curse of Osiris, it's revealed that the Warlock Osiris has split his consciousness into several different timelines. A version of himself lives in the verdant past, while another keeps vigil over a shadowy future. What a metaphor for the experience of a Destiny player! Those of us who have been with this game from the start exist within a fractured fandom, one eye on the past and the other cast to the future, waiting for the cycle to repeat yet again.