Atari Asks Random Internet People To Invest In Its Next Game 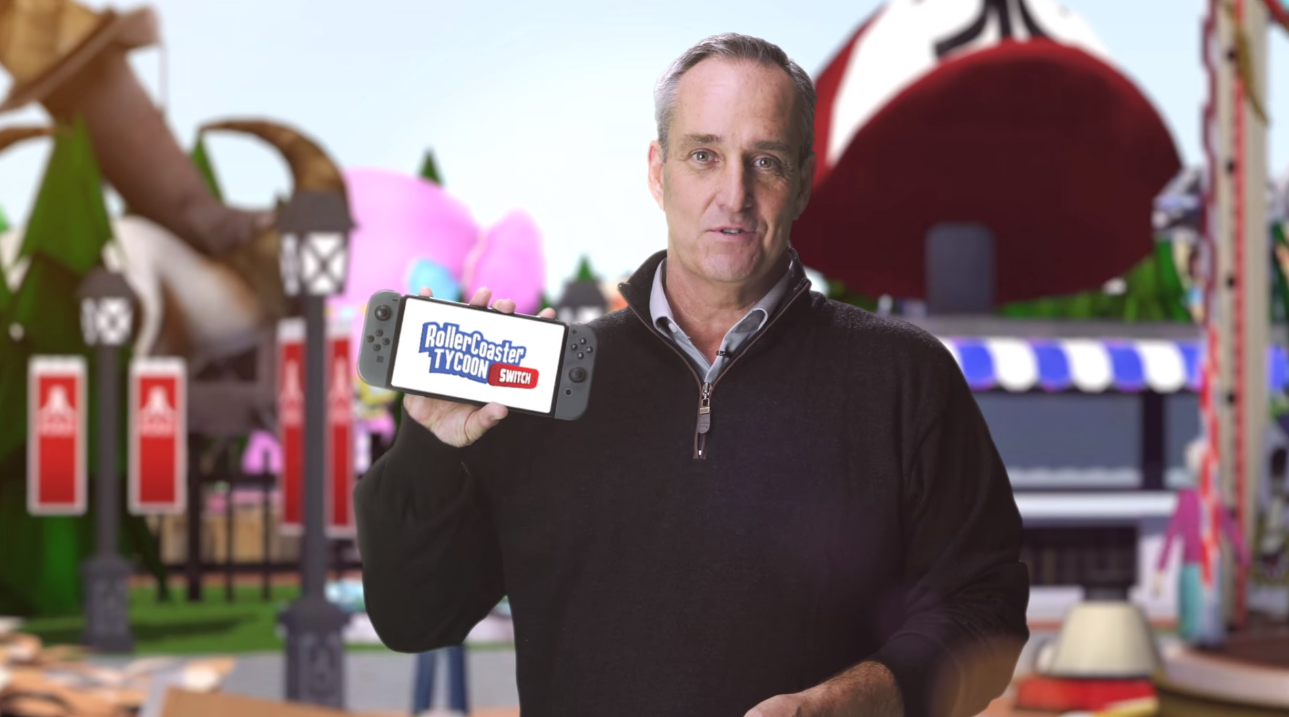 For as low as $US250 ($312), you too can become an investor in Atari Game Partners’ attempt to bring a Rollercoaster Tycoon game to the Nintendo Switch.

President and COO of Atari Game Partners, Todd Shallbetter, pitching the internet on his company’s next game. Image via YouTube

Atari Game Partners is a subsidiary of Atari responsible for taking the brand’s library of classic IPs and somehow making money off of them. The company’s latest move is to try and bring a brand new version of its old theme park sim Rollercoaster Tycoon to the booming Switch using a crowdfunding site called StartEngine. Unlike Kickstarter, StartEngine is a platform for financial investment. People who give Atari Game Partners their money are doing it not to get a copy of the eventual game but rather to get a return on their investment. So far it’s raised $US21,200 ($26,443) with 89 days to go.

With buy-ins starting at $US250 ($312), would-be participants are being promised “pro rata share of 50% of profits” until they make 120 per cent of their investment back, and then 25 per cent of profits for the following 18 months after the game is officially launched. But that’s only if Atari Game Partners raises the $US2 million ($2.5 million) it’s looking for. The company’s left itself some wiggle room to decrease those pro rata shares if it ends up raising a lower amount by the end of the investment phase.

Who would be developing this game? None other than Nvizzio Creations, the studio who put together Rollercoaster Tycoon World, the most recent and incredibly poorly received game in the series. Atari Game Partners mentions the studio’s role in the game in the StartEngine pitch but spends more time focusing on Rollercoaster Tycoon Touch, a spin-off of the series that’s done well on smartphones. The company implies this is the game that will be used as a blueprint for the new Tycoon on Switch, and that it will incorporate different scenarios as well as sandbox and campaign modes.

While Atari is trying to cash in on the love and nostalgia for the original Rollercoaster Tycoon series, it’s worth noting that while the company owns the licence, it didn’t actually develop the main trilogy, and in fact only published Rollercoaster Tycoon 3. Although the series was originally helmed by Chris Sawyer, the third game was actually developed by Frontier Developments, who ended up sueing Atari for unpaid royalties last year, accusing the company of lying about how much the game sold when it came out back in 2004.

It’s odd to see a brand such as Atari, famous for introducing console gaming into Western homes and developing and publishing all-time-classics such as Pong and Centipede, reduced to wooing investors through the ill-defined and loosely regulated world of equity crowdfunding. The site it chose, StartEngine, bills itself as “like Shark Tank, except you’re the shark”. Atari has not yet responded to a request for comment at time of writing.

Perhaps most ominous is a short statement toward the bottom of Atari Game Partners’ pitch.

Atari Game Partners lists “2018” as the anticipated release for this new Rollercoaster Tycoon.