Google's Pixel Buds Aren't Even Close To Being Good 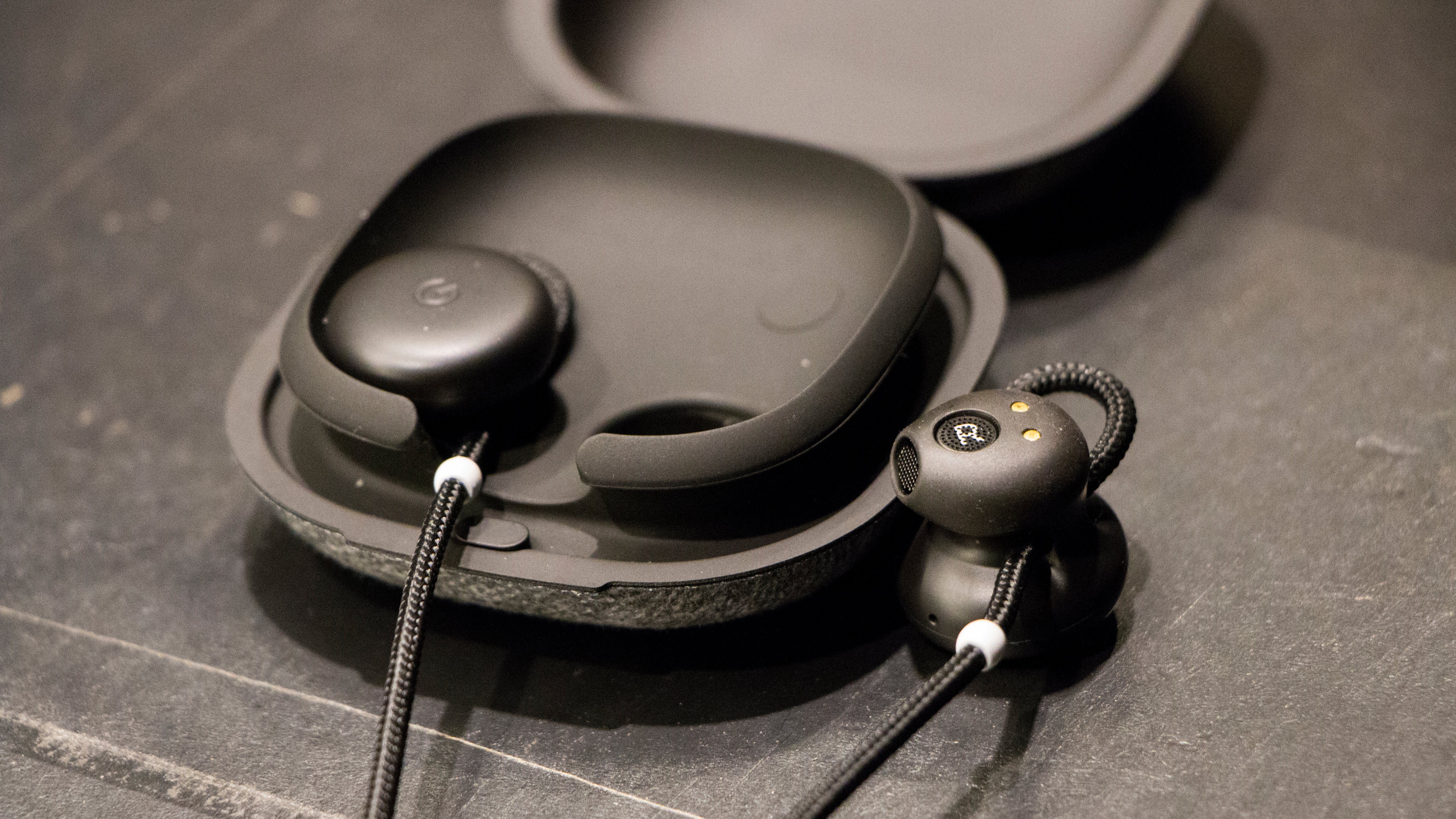 The Pixel Buds suck, but they shouldn't. 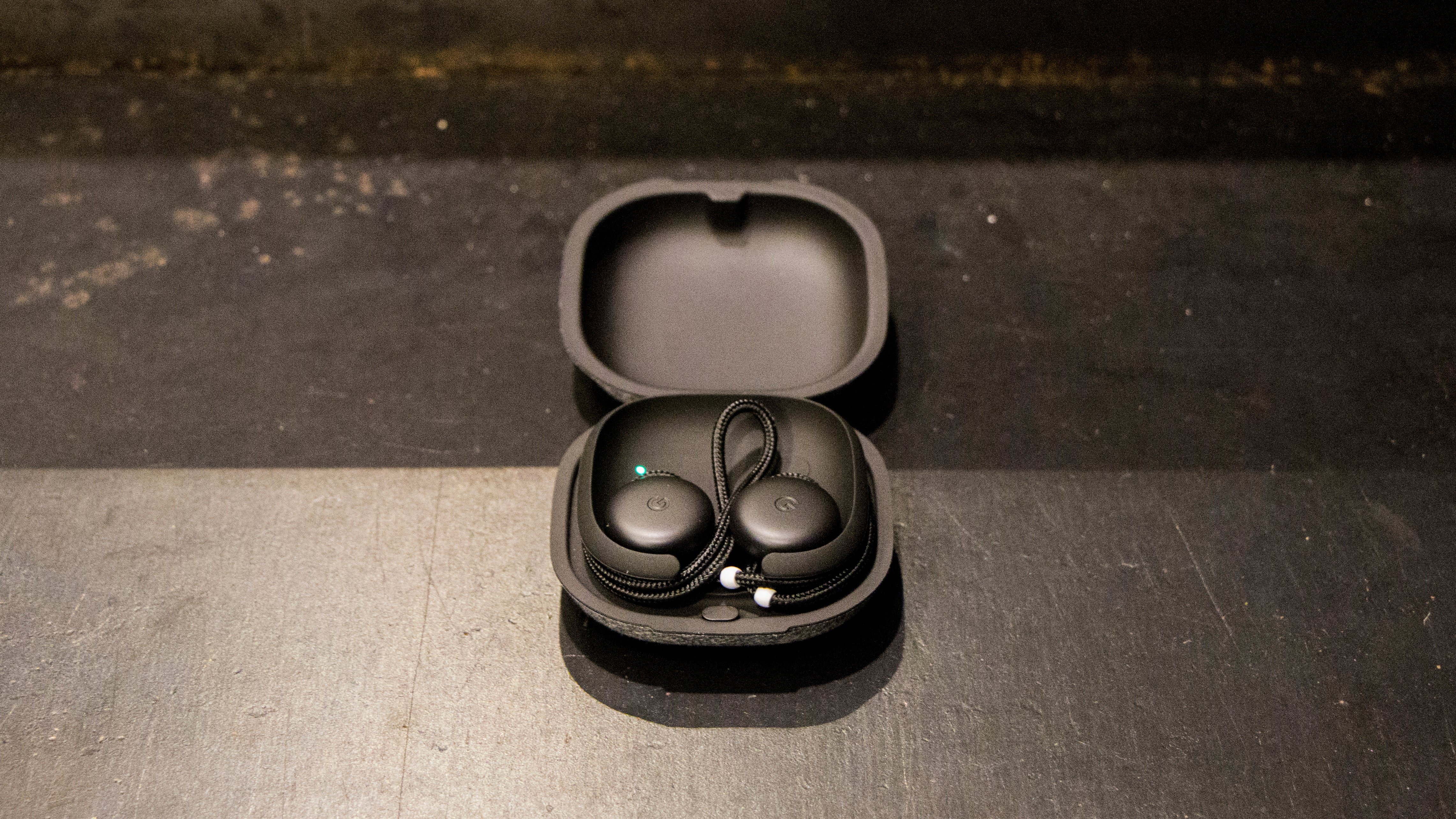 Google is a remarkably enormous tech company that's made some neat hardware in recent years. The Google Home and its new junior edition, the Google Home Mini, are giving the Amazon Echo a run for its money. The Daydream headset is a delightfully different take on virtual reality.

And despite some hiccups in the first generation, the Pixel 2 is a pretty great smartphone. In light of all this hardware success, I expected to be blown away by the $US160 ($210) Pixel Buds, which feature Google Assistant on demand as well as real-time foreign language translation.

That didn't happen. The Pixel Buds confused me as soon as I opened the box. They're wireless earbuds, but they're not truly wireless - there's a cord connecting them together. And although they're bigger than the AirPods, the Pixel Buds feature the same five-hour battery life.

They also come in a charging case, but it feels flimsy, like a takeout container. The case and earbuds combo is so unintuitive that Google includes instructions on how to wrap the wire around the case so that it will close.

The company even sent me a gif to make it extra clear: 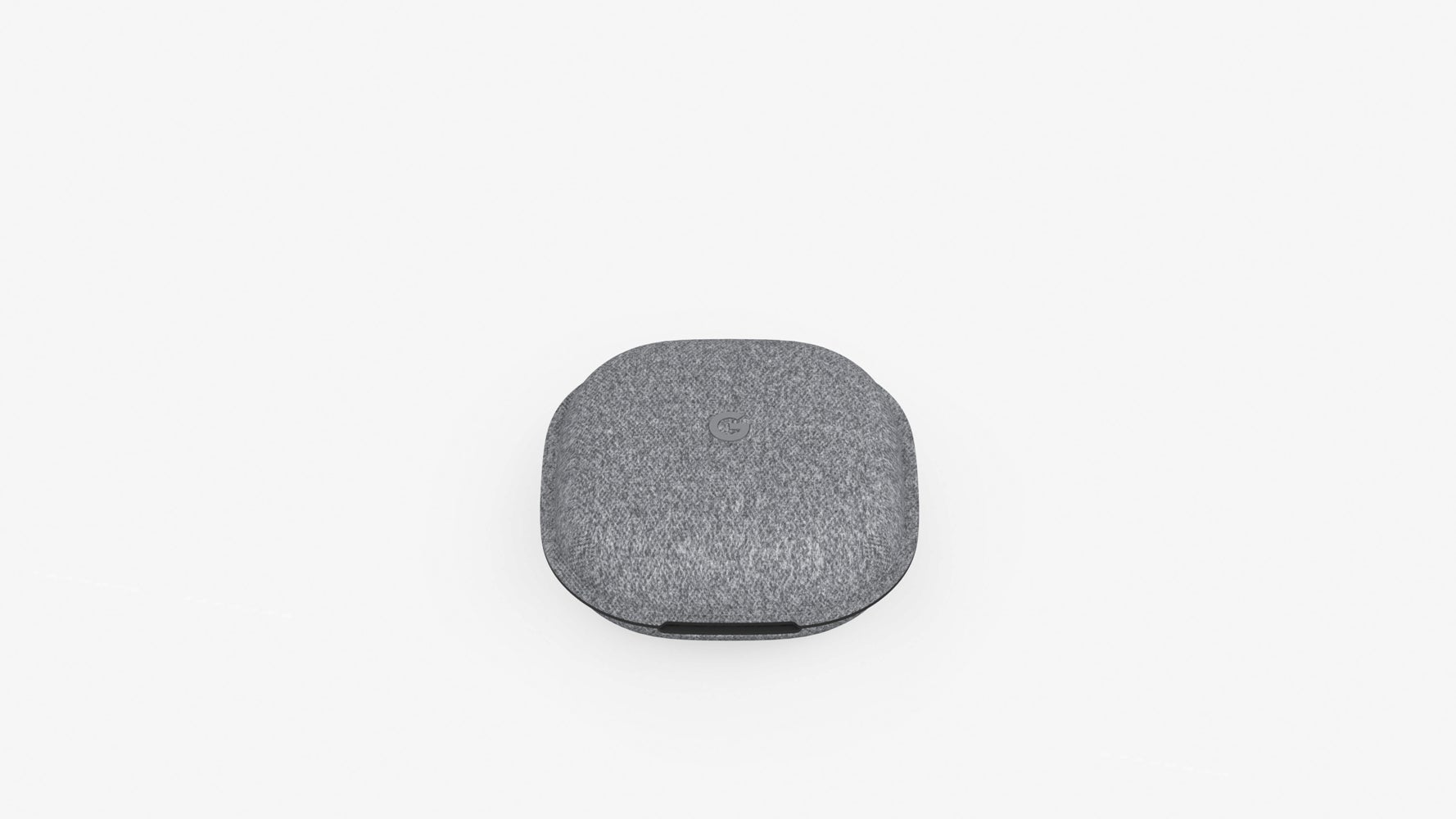 The confusion didn't stop with those little details. The Pixel Buds use a new, proprietary Bluetooth trick to make it easier to pair the device to your phone.

Guess what? It's not that easy. When you do the initial set up with the earbuds, you have to put the case next to your phone, open it, and hope that your phone recognises the signal. This worked fine when I paired the earbuds to a Samsung Galaxy S8, but I soon learned that not all Pixel Buds features are available on the Samsung device. In order to take advantage of the Pixel Buds' ability to translate foreign languages in real time, you have to use them with a Google Pixel or Pixel 2 smartphone.

When I tried connecting the Pixel Buds to a Pixel 2 to test these features, the phone wouldn't connect to the earbuds.

I'd like to say that using the Pixel Buds was maddening or frustrating. That wouldn't be precise, though. It's confusing. I finally got the earbuds to pair with the Pixel 2, but only after emailing Google and getting instructions for a reset process that involved a button inside the case that I hadn't even realised existed until the company pointed it out.

It's worth noting that Google only lists Android and iOS as compatible operating systems. By the way, the Google Assistant capabilities only work on Android Marshmallow or higher, and the fast pairing feature only works on Android Nougat or higher.

If Apple products are so self explanatory your grandparents can use them, this Google product is so counterintuitive that figuring out the nuances feels like solving a trigonometry problem.

I did get the translation feature to work, by the way, and it's just as confusing as everything else about the Pixel Buds. You'd think that you could just tap the right earbud and ask Google to translate what you're hearing, but it's more complicated than that.

You do have to tap the earbud and ask Google to translate, but then you have to open up the Google Translate app and hold your phone in front of your foreign language-speaking friend. And, of course, your phone must be a Google Pixel or Pixel 2.

The Pixel Buds play music too, and it will sound ok. I'd compare the quality to the wired Apple EarPods. Like the EarPods, the Pixel Buds have two speakers - one facing forward and one straight into your head. Also like the EarPods, the Pixel Buds rest on your ear rather than create a firm seal in your ear canal, and I should point out that the earbud itself is quite big, not good for teeny ears. The resultant sound is crisp but surprisingly one-dimensional.

The vocals on "Ready for the Floor" by Hot Chip come through cleanly, but the whole song sounds limp, since the Pixel Buds produce so little bass. "Take Me Home, Country Roads" by John Denver sounds terrific, although that song always sounds great to me. 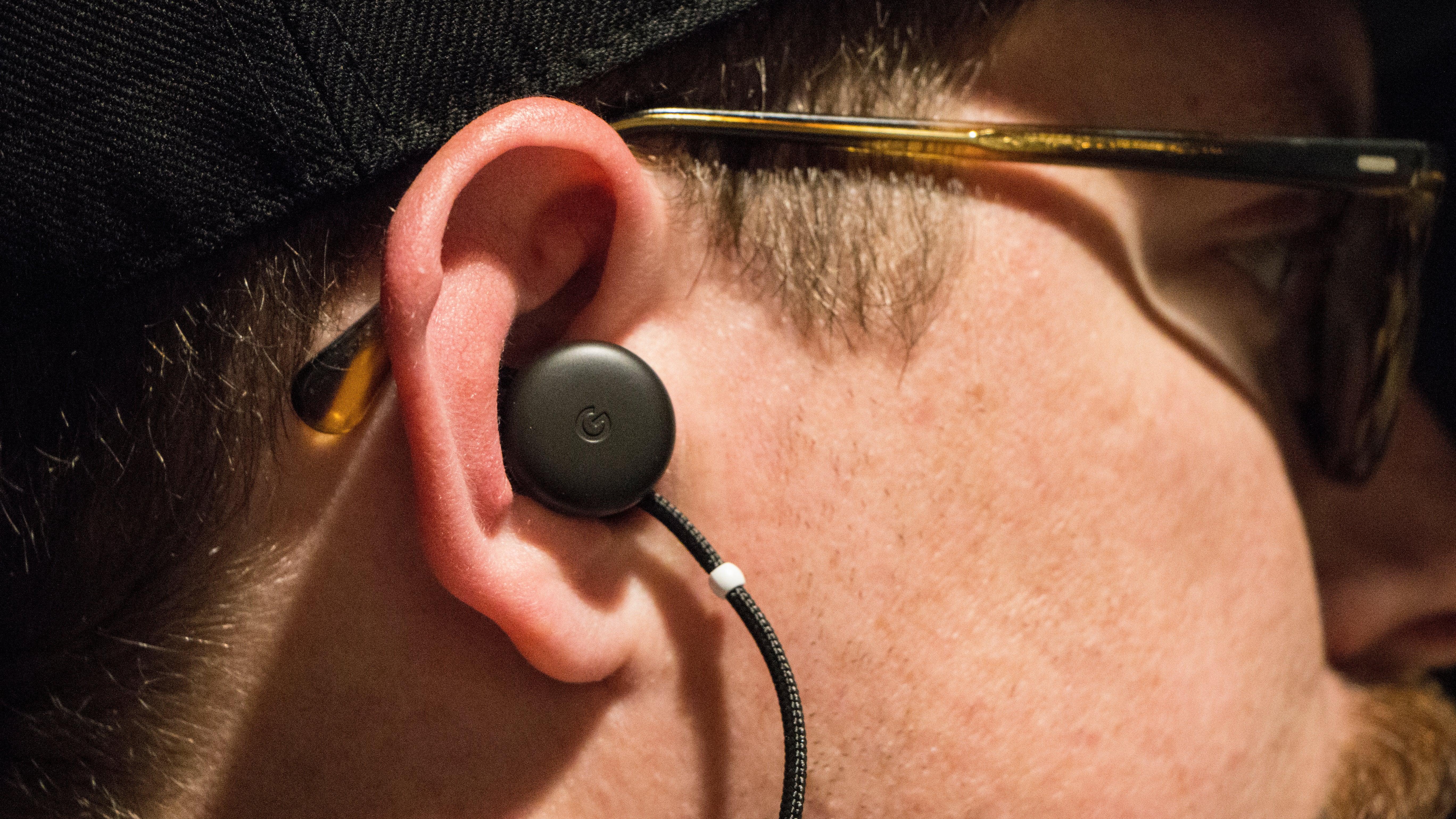 Audio is middling, but the Assistant stuff is cool. The right earbud features a touch-sensitive surface that lets you play or pause the music, adjust the volume, beckon the Google Assistant (if your phone is new enough), learn the time, and listen to your latest notifications. It's a little bit too slick, though, as I found myself accidentally hitting play any time I touched the earbuds. I'd pause my music, for instance, take the buds out of my ears, and then inadvertently hit play again when I set them on the table. It was confusing!

And yet, like a lighthouse blinking on a faraway shore, I think Google is up to something good. The idea behind the Pixel Buds is appealing, even though this initial implementation is a bit of a mess. Tapping your ear to get a readout of your latest notifications is a cool idea.

You can even use Assistant to send a text message or find a nearby coffee shop. The AirPods do stuff like this with Siri, too, but in my experience, Google is just better at natural language processing. As I learned from testing the Google Home, you can just talk to the robot, and the robot knows what you want. And at best, the Pixel Buds are a little Google Home in your head. I think Google jumped the gun on this product. The company announced the product in a whirlwind of hardware announcements last month, a splashy event that included some things that were obviously experiments. (We're looking at you, Google Clips.)

The Pixel Buds feel like an imperfect version of what Google was really trying to do. In an ideal world, that pesky wire that connects the two earbuds and requires special instructions would not exist. If Google really wanted to sell the most earbuds to the most people, the Pixel Buds would work equally well with any device. Heck, assuming Google values user experience, the earbuds would be able to connect to more than one device at a time.

When I step back and think hard about the Pixel Buds, my head explodes. Not in a good way. It's utterly insane that the one truly unique thing Google did with the Pixel Buds, on demand language translation, is a thing that will only work with Google's own smartphone. I'd expect this shit from Apple, sure. But Google is the champion of the open platform. Android is supposed to be the egalitarian alternative to the iOS fiefdom. Now it feels like Google is walling in its own kingdom. I'd be less grumpy if the Pixel Buds cost $80, but they cost $249, $20 more than the AirPods. For that price, you might as well spend $399 and get Sony's truly wireless earbuds, or $US250 on the Bose Soundsport Free, both of which work with Google Assistant.

Or you could just buy AirPods. In a shocking plot twist, the Apple earbuds are more versatile than the Google earbuds and actually work with Android devices. Why anyone would buy a wireless gadget that only worked with specific devices is beyond me. Unfortunately, the Pixel Buds are currently sold out, so even if you actually want to buy these crappy things, you'll have to join a waiting list.

Good luck with that, Google. Or actually, better luck next time.