Japanese TV Rings In The New Year With Blackface 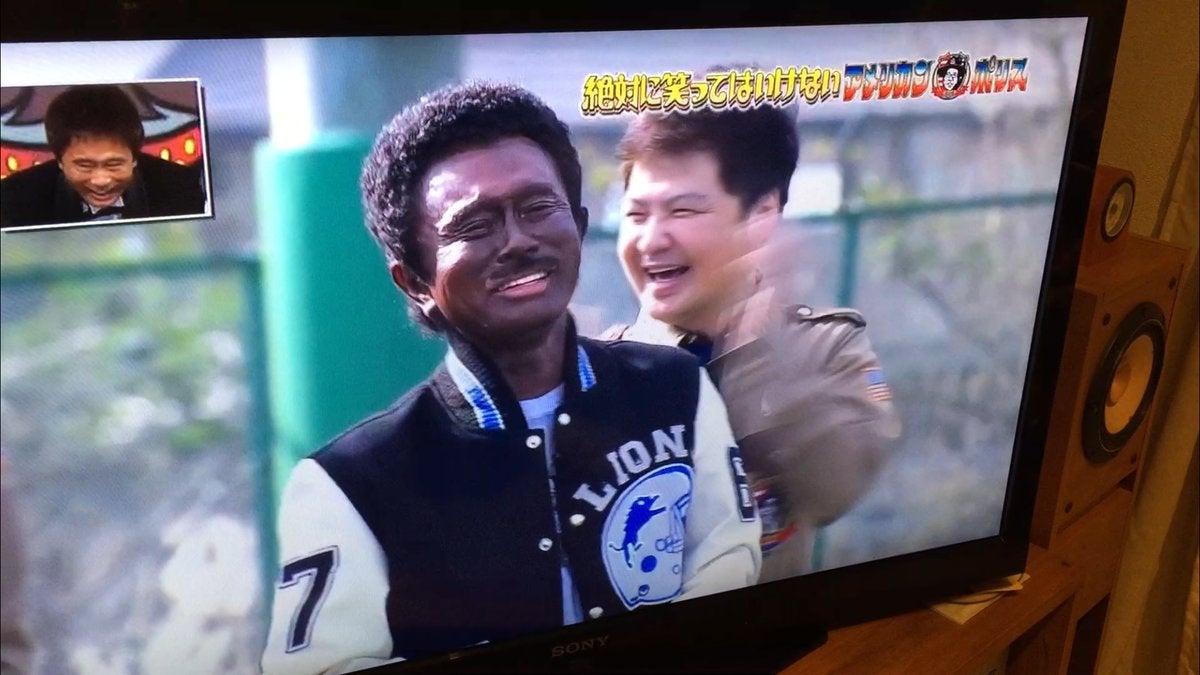 
Masatoshi Hamada, who is one part of the comedy team Downtown, did blackface while in Beverly Hills Cop duds for his variety show‘s New Year’s Eve special. While the others laughed and clapped, he showed that make up was even put inside his ears.

Writer and long-time Japan resident Baye McNeil wrote on Twitter, “I love Japan My home of 13 years. I want the best for her. The nightmare scenario is: Opening Ceremony #2020TokyoOlympics, Japan naively sends a #Blackface doowop group out to pay homage to black athletes. What a fiasco that will be! So I implore you please #stopblackfaceJapan now.” 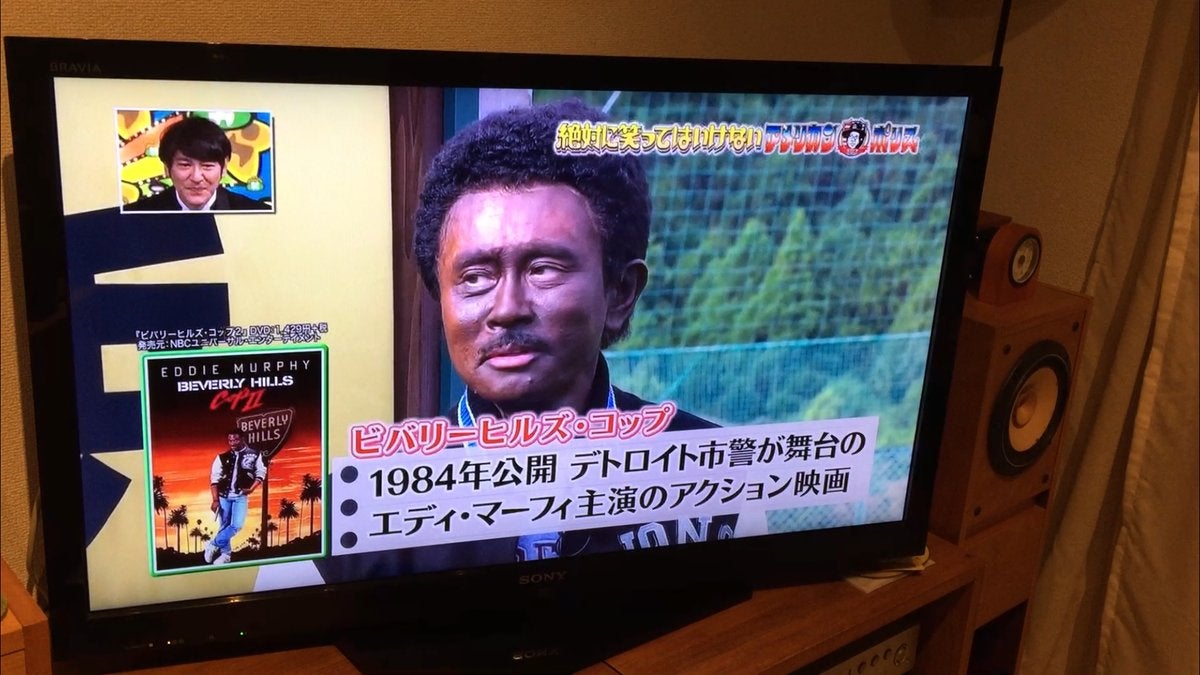 Full disclosure: Both McNeil and I write for The Japan Times.

Moreover, McNeil added, “Note to Japanese performing in #BlackFace: #Blackness is not a punchline nor a prop. Need jokes? Get better writers. Need a black character, get a black actor that speaks Japanese. There are several!”

Online in Japan, some got why Hamada’s blackface was offensive, while as YouTuber Hikosaemon noted, others didn’t see any issue with it whatsoever — that it was simply an “impersonation.” 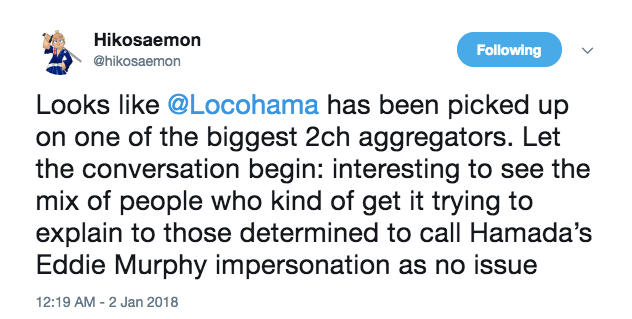 Those defending Hamada’s blackface often point out that Japan doesn’t have the same racial history as the United States. That is true, but that does not make blackface any less toxic or hurtful.

One Twitter user asked McNeil if Hamada’s blackface was “for real” to which he replied, “Define ‘for real’? If you mean, as in ‘not anime’ yes they are real. If you mean, are they on some real ‘we wanna be like white people in 1930s Hollywood and use ‘blackness’ to amuse ourselves and make a profit then yes, real. If you mean are real hateful and malicious, then no.”

Even if this is being done without malice, it does have deep and far-reaching effects.

“Blackness is being treated as a tool for comedy, for laughs, and that impacts how I’m perceived and treated on a daily basis here,” explains McNeil. “Do you think these comedians care about that? I doubt it. They should. The quality of my life is affected by them.”

The Huffington Post‘s Japanese edition features with an interview with McNeil and an excellent explanation of blackface’s history and context for Japanese readers to better understand why this is inappropriate.