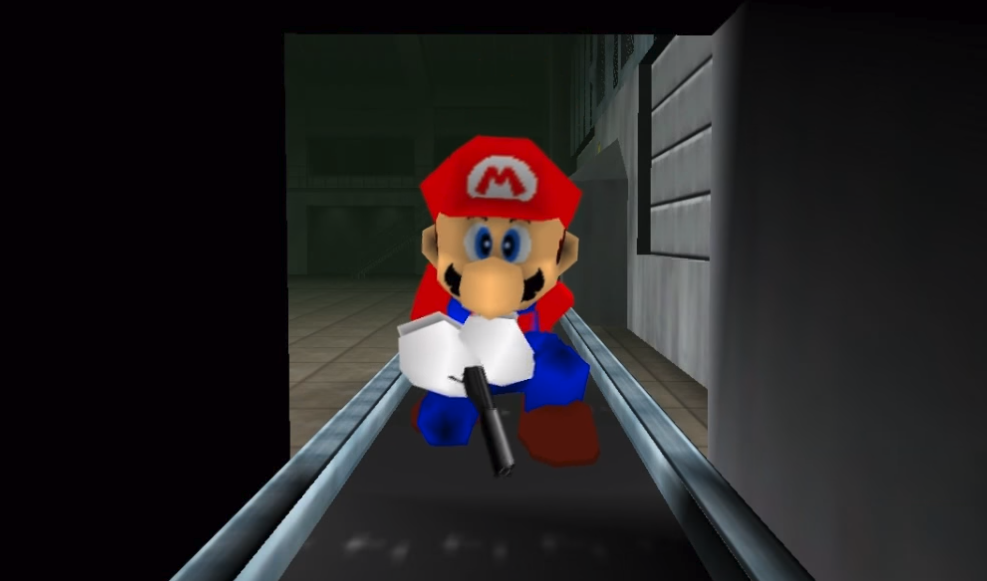 At long last, someone finally put Mario 64 characters inside GoldenEye 007.

StupidMarioBros1Fan spent the last four months working on a mod of GoldenEye 007 that adds Princess Peach, Koopa Troopas, and of course, Mario himself. Along with a fully-reskinned multiplayer mode, the crossover is peak N64 nostalgia and finally playable.

They originally uploaded a preview of the project to YouTube last September. The plan was to use the GoldenEye Setup Editor 3.0 to replace all of James Bond's different outfits with Mario costumes.

From there, however, the project expanded a bit, with the completed version going much further basically recasting the entire game (thanks Destructoid).

StupidMarioBros1Fan subbed in various Nintendo favourites for all of the GoldenEye principals — Peach as Natayla, Luigi as Alec Trevelyan, and Bowser as Arkady Ourumov — while also making the anonymous thugs Bond kills along the way into Koopas. Toad even shows up as Dr. Doak, the double-agent scientist the player can at one point choose to kill (if they're an arsehole) instead of letting him escape.

StupidMarioBros1Fan goes into more detail about the mod and how it augments the game's story over at the GoldenEye Vault, where they explain how they edited the dialogue so it would make sense with the new characters.

These changes include general stuff like replacing "Golden Boy" with "Golden Bro" whenever someone refers to Mario as well as some more arcane stuff like removing references to the Cold War like. Trevelyan being the son of "Lienz Cossacks" is no more since Sean Bean's character is now played by Luigi.

If the ridiculousness of the Nintendo-ified story doesn't break you, then running around unloading on sun glass-wearing Koopas while dual-wielding Silver PP7s definitely will. Of course, the multiplayer is probably what most people will want to try out, all of which StupidMarioBros1Fan says is fully functioning, in case you couldn't tell from the part in the mod's trailer where one player tries to karate chop a Kalashnikov-toting Waluigi to death.

The mod's available to download here, and most amazing of all, can even be played on original N64 hardware for the truly ambitious retro enthusiasts among you.