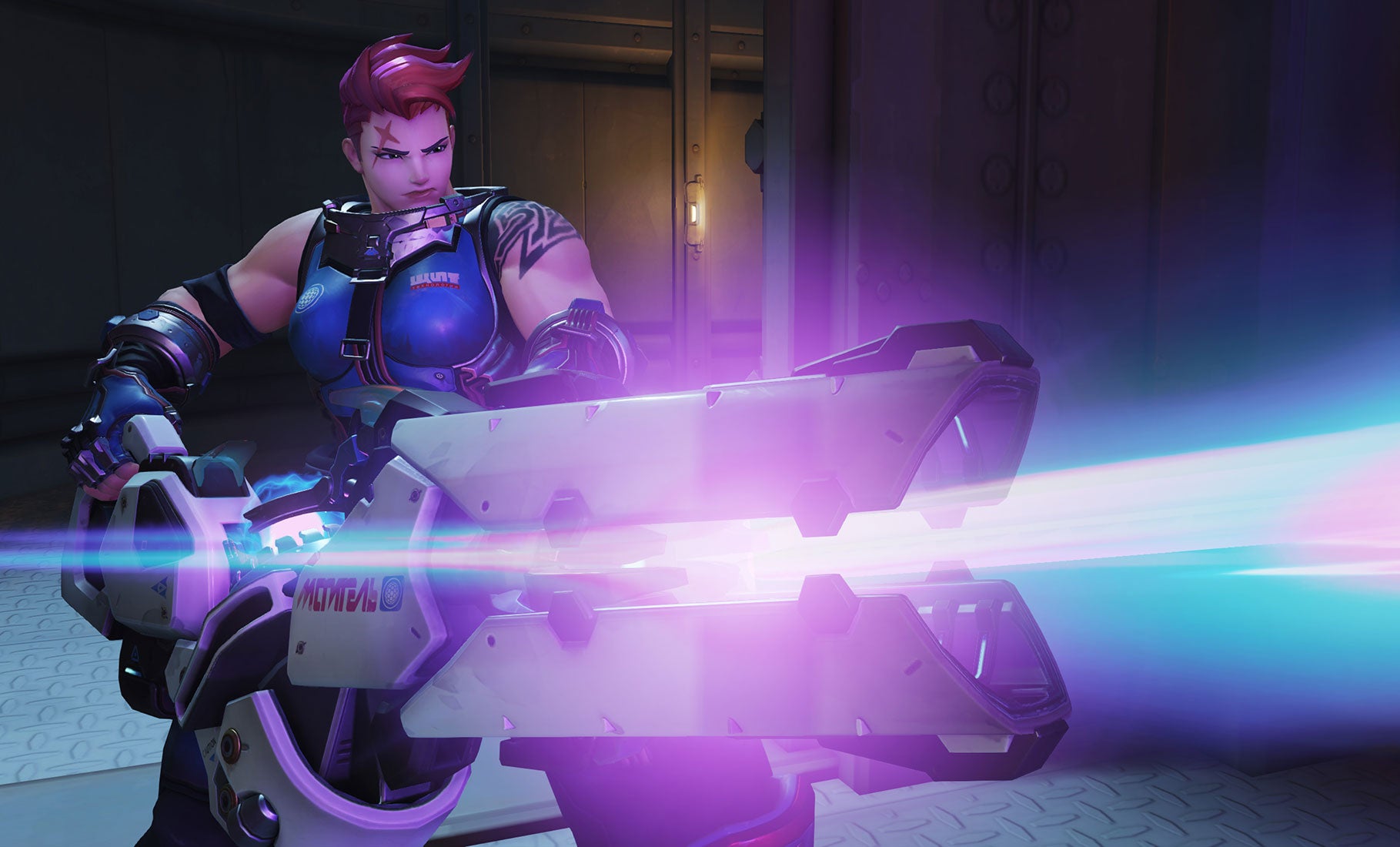 LOS ANGELES, Calif. — During yesterday’s Overwatch League media day in Los Angeles, one of the most mentioned names belonged to a player who’s not even on an OWL team. Kim “Geguri” Se-yeon, a top-level Zarya player who overcame a rash of cheating accusations and threats in 2016, was on the tip of everybody’s tongues, but nowhere to be found.

Kim “Geguri” Se-yeon became a big name in the Overwatch scene when she was just 17, after she was bombarded with cheating accusations and death threats over her masterful play of pink-haired better-biceps-than-you-haver Zarya.

In response to the cheating allegations, she hosted a livestream in which she showed both game footage and her hands on the keyboard and mouse, to prove that she was, in fact, Just That Good. She went on to become the first woman ever to play for a team in South Korea’s then-premiere (and now defunct) APEX league.

While Geguri is definitely not the only woman playing Overwatch at the game’s highest levels, she’s currently the most accomplished and well-known in the world of elite esports. Thus, it wasn’t long before members of the press started asking about her — and the complete absence of women players in general — during media day Q&As that were meant to introduce teams’ rosters.

The Houston Outlaws, for example, spent a solid chunk of their 20-minute conference engaging with the question, noting that Geguri wasn’t a good fit for them because of the language barrier and concerns over co-ed player housing, and that other women hoping to join the scene face a serious uphill battle. 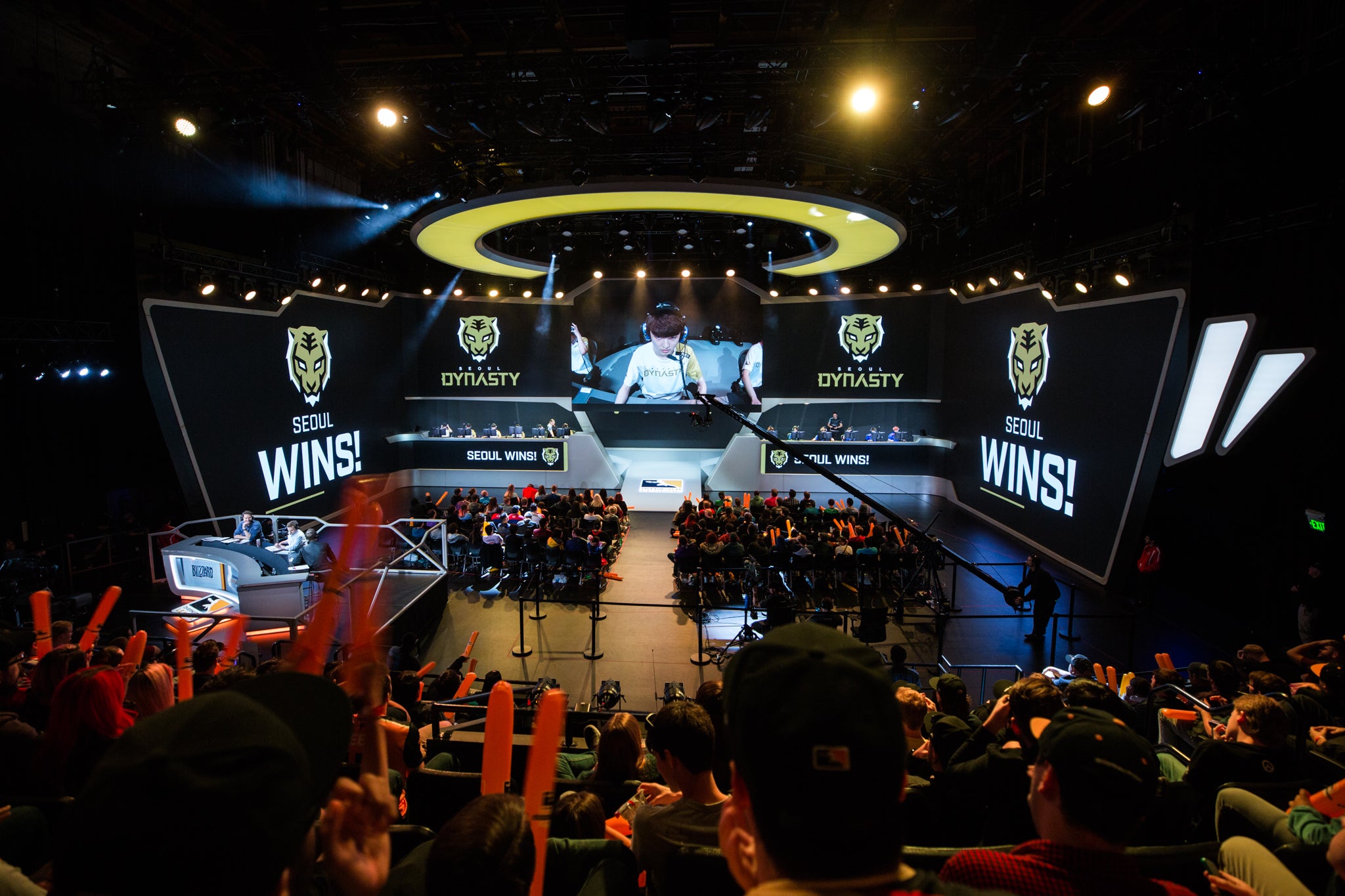 “You have to go through all these hurdles, like if you pick up a player, is the press gonna call it a PR stunt, or is it because she was the best?” said Outlaws general manager Matt Rodriguez.

“For that even to be the perception, it’d be so terrible to be her,” added Outlaws DPS player Jacob “JAKE” Lyon. “People would always be doubting, always be judging. So it has to be the right person, the right player, and those things have to come together at the right moment — which makes it especially hard for women in the scene right now.”

In a follow-up interview, Rodriguez said that players like Geguri just need to keep on grinding despite the additional obstacles in their paths. He explained that he views Overwatch League as “really professional,” but lower tier scenes are “more wild west.”

“There is absolutely no reason that she couldn’t do it,” he said, referring to Geguri. “I think she knows that. I know she’s had a lot of trouble. I’ve read a lot of articles about her having hard times, and that sucks. But that’s the hurdle. You have to get through all the shit and negativity you’re gonna read on Reddit or Inven or whatever.”

I heard this line of reasoning a few times throughout the day: now isn’t the time to give women players a shot, but someday they will totally be part of the Overwatch League, somehow. One team will snap up a woman player, and then the floodgates will open. In the meantime, women will just have to work harder than everyone else and also only enter when the circumstances are exactly right.

New York Excelsior, a team whose roster is made up entirely of Korean players and therefore wouldn’t have encountered the sort of language barrier that dissuaded Houston from seriously considering Geguri, similarly decided that she just doesn’t fit their current goals.

“When we were constructing the roster, we were looking for a team that had experience playing together as a core,” said Scott Tester, who played a large role in assembling NYXL’s roster, in an interview. “Geguri is a talented player. She plays off-tank, which I think is a really important role to have chemistry with the rest of your team. We were trying to find someone who already meshed well with their team. So I don’t think it was really about her specific level of skill; she’s a really talented player.”

Instead, NYXL ended up grabbing the roster of top tier Korean team LW Blue. Tester added, however, that at some point he’d love to have a team that’s not all-men. “Absolutely,” he said.

London Spitfire, another team with an all-Korean roster, never considered Geguri for their team, once again because they claimed to want a fully functioning team out of the box instead of a bunch of talented players who might not have communication locked in yet.

Coach Beom-joon “Bishop” Lee also mentioned to Compete that he only wanted free agents for the team and was “not sure” if Geguri qualified. However, Spitfire ultimately ended up mashing multiple formerly successful Korean teams together, leading to a lack of synergy that Lee said partially explains Spitfire’s up-and-down run during the Overwatch League preseason.

Despite the apparent double standard, Dan Fiden, president of Cloud9, the esports organisation that London Spitfire is a part of, acknowledged that organisations need to play a role in making esports more welcoming and less toxic for players who aren’t men. He believes that involves starting from “the beginning.” “We’ve been pretty vocal about our plans to build out a youth esports ecosystem for Overwatch and other games,” Fiden said in an interview. “That’s why we’re building out a facility that actually has a place where you can go and play on a team — play on the junior Cloud 9s. We think that infrastructure like that will foster an environment where people will feel like they can go and play competitive video games in a safer place.”

For now, though, Overwatch League is still in an awkward spot. Since the very beginning, Blizzard has touted Overwatch as a game of inclusivity and diversity, with a selection of characters that includes everything from multiple women of colour to a moon ape.

And yet, as Overwatch makes its debut on its biggest stage ever, the pro scene’s most accomplished woman player is nowhere to be found. Instead, there’s only chatter that uncritically echoes the allegedly meritocratic points of view we’ve heard from other esports scenes for years. Yes, women have it harder, players, coaches, and owners admit, but they will win out in the end. Just, you know, later.