There is at least one Overwatch pro who enjoys the character Mercy, even with her many controversial makeovers. Mikias “Snow” Yohannes, support player for Boston Uprising, stands by the controversial healer. “I think I would be the only support player that will tell you I actually enjoy playing Mercy,” he told us. What’s more, all of the updates to how she plays haven’t changed his feelings.


“I think change is good,” Snow went on. “I’ve always played a lot of Mercy. So, going through all those stages of how Mercy’s played is really interesting.” Snow even likes the most recent changes on Overwatch‘s play test region, which slow Mercy down and make her Ultimate attack window shorter. These changes have yet to debut in the live game, but if they do, Snow is ready – and he believes Mercy will still be viable.

“The PTR changes, I think they’re really good. I think just leaving them how they are is gonna be really good for the meta,” said Snow. “It’s going to make Mercy still viable in certain compositions, but not completely removed from the game.”

At least one of Snow’s teammates does want to see Mercy get completely removed. “I think that character should be deleted. I’m not a big fan of her,” said Connor “Avast” Prince. His reasons will sound familiar to any Mercy devotee: “The problem with Mercy is, at her core, she has a rez mechanic. If you ask me, that’s very – it lets you not be punished by mistakes as much, which is very un-fun. It eliminates the hard work of the enemy team.”

Boston Uprising’s healing strategy revolves around Se-hyeon “Neko” Park, the team’s resident Zenyatta pro. The team also has three other support players who can hop in alongside Neko and play as whichever character works best with him – and these days, that tends to be Mercy.

The most basic possible Overwatch team composition follows the rule of twos: Two healers, two tanks, two offensive heroes. Pro teams change that up all the time to fit the situation, but most of the time, there are two healers in play. Boston Uprising has a deep bench to pull from for this role, since they’re one of two teams that signed four support players, rather than just two or three.

The only other team with four supports is London Spitfire, made up of two former South Korean pro teams mashed together into one roster. London Spitfire uses the maximum roster size of 12, but Boston Uprising only has 10 players – meaning that almost half of its roster specialises in healing. Furthermore, Boston Uprising is stacked with second-stringers and unknowns.

Boston Uprising’s ragtag band of underdogs has still managed to take a match off of New York Excelsior in preseason and during their inaugural bout on January 12. Unlike Boston, the New York team roster is full of experienced South Korean pros, most of whom played together on LW Blue. The fact that Boston’s collection of unknowns who had never met or played together before OWL can take matches off of an experienced team so early on in the season speaks to their surprising potential.

Part of that potential could lie in the team’s unusual choice to draft so many support players, each with their own backgrounds and insights into the current support meta. For example, Boston Uprising’s Zenyatta main doesn’t have complaints about Mercy. Neko thinks his own hero is to blame for the game’s current imbalances.

“In my opinion, Zenyatta is worse than Mercy,” Neko told us through a Korean translator. “He’s a healer, but he’s got an awesome Ultimate… there’s just so many ways you can just abuse that.” At the moment, Zenyatta’s Ultimate ability makes him invulnerable and rapid-heals any teammates standing nearby while in effect.

You’d think Neko would be happy that Zenyatta is so powerful, but actually, he’d like to try playing a different support hero for a change. “I think I want Ana to be improved a little bit,” Neko told us. “When Ana was popular, I wasn’t very good with Ana. But now if we can have Ana back, I think could really play her well.”

Perhaps Zenyatta only seems so strong these days because he always has a Mercy in tow. Neko agreed that Mercy’s presence could be part of what makes Zen feel so overpowered: “The synergy effect between them is just too great.”

Boston Uprising’s fourth healer, Kristian “Kellex” Keller, would prefer to play as Lucio rather than Mercy. His main gripe about Mercy isn’t that she’s overpowered – it’s that she’s a snooze. “I enjoy the first five games of the day. The sixth game? It’s boring,” he said. “It’s just like, holding mouse one, and just, ‘Oh, my team has died,’ press Q, rez them. It’s a very non-involved character.” 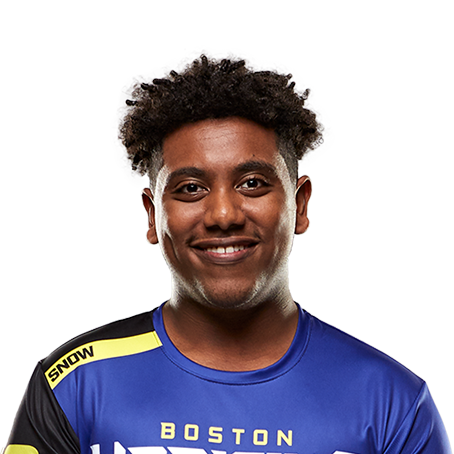 Somehow, Snow doesn’t mind that his teammates shit on his heroine of choice. For him, the choice to play Mercy began by necessity: “I started playing Mercy because that’s the only character I could play with my computer. I had like, 12 frames per second playing the game. So it was like, uhhh… Mercy!” During Boston Uprising’s press conference, Snow had also explained that he couldn’t even afford to buy a copy of Overwatch when it came out; his best friend gave him a copy as a gift, and Snow took full advantage of the opportunity by playing with gusto and eventually going pro.

By contrast, Avast came into his role after competing in Team Fortress 2‘s ESEA Invitational, where he played as the Demoman class, rather than as a Medic. In Overwatch, Avast ended up as a healer because no one else would do it: “I’m a little bit of an exception because I was forced onto my role because people were like, ‘You need to play this’… I was forced onto Lucio because it was the role at the time that no one wanted to play. And that not a lot of people were good at.”

Healing remains an unpopular and underappreciated job, which is something that all of Boston Uprising’s support players seemed to agree on. Usually, the commentators focus on the killstreaks made by DPS players. The eternal optimist Snow found the silver lining in that: “I think the more they’re impressed with their DPS players, that’s a good sign for the support players, because they’re enabling the DPS players to do that.”

“But they still don’t get the credit for that!” Avast butted in.

“Well, if you boop people off the map,” Kellex interrupted, citing an example of a Lucio skill that looks flashy and can serve as an offensive attack, which is the type of play that tends to get highlighted by commentators.

Avast didn’t sound satisfied by that. “If you play the more traditional support routine role, especially for Lucio where his goal is always to sit in the backline and heal and protect, no one at this point in the game has had the knowledge or the foresight to be able to – just because the game is so new – no one has the game knowledge on a cast or a bench, at a desk level, to be like, ‘Hey, they made a really good play there. Hey, they killed the support. Really good.’ But it’s hard to do. I think we’re not there.” 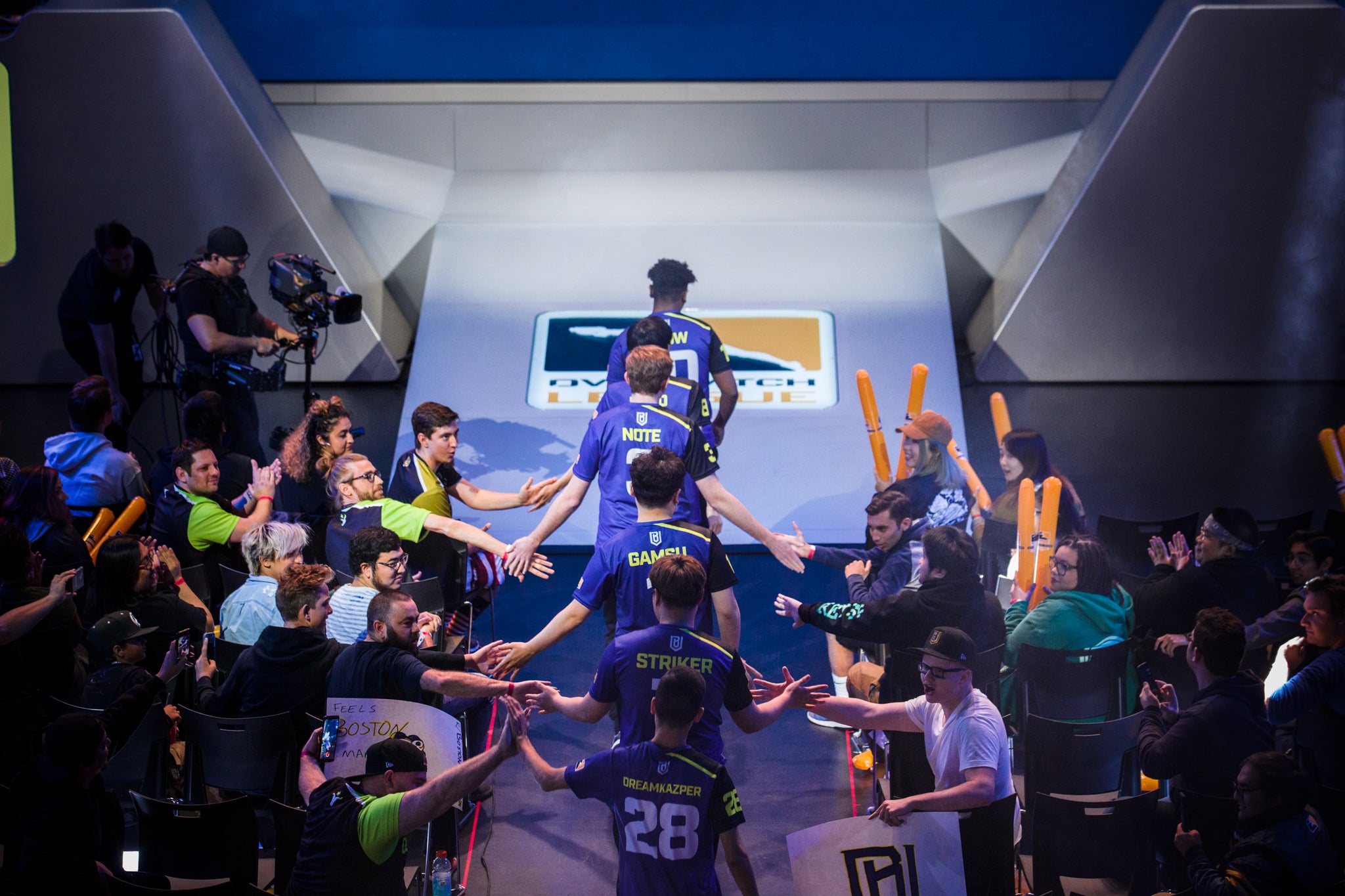 With Overwatch‘s esports league on the rise, both fans and pros have debated whether the prominence of Overwatch League should impact future design decisions. Should Overwatch be designed with the casual audience in mind, or the professionals? Other Overwatch League support pros such as Nikola “Sleepy” Andrews of SF Shock and Shane “Rawkus” Flaherty of the Houston Outlaws told us last October that they give Blizzard suggestions for changes all the time. Back then, Rawkus said he knew Blizzard developers “definitely” listen to pros’ suggestions, but both Sleepy and Rawkus admitted uncertainty about the extent to which pro feedback gets prioritised.

Boston Uprising’s up-and-comers do not feel like they have a direct line to the game’s developers. When asked about Blizzard’s Discord channel for Overwatch pro feedback, Kellex said, “I don’t think anybody really does that.”

“I’ve done it once or twice,” Avast admitted. But he doesn’t feel like Blizzard is changing the game to cater to the pro perspective, despite how fans may feel. “That’s simply just so wrong, in so many ways. In so many ways, that’s so wrong! I know just Mercy mains are upset. But that’s just, that’s just not real at all, in any way… If it was up to us – if it was up to me, and a lot of other players – not necessarily Snow – Mercy would have been out of this game a long time ago.”

So, the fans don’t know whether Blizzard listens to them, and the pros don’t know for sure, either. “They have walked the line between casual and professional for a very long time,” Avast went on. “They don’t want to make anyone mad. but they don’t want to give into the changes of any one side too much. It also creates another problem, because now no one is happy.”

But one person does seem happy: Snow. And it seems like his good mood can’t be ruined, no matter what happens to Overwatch and his favourite character in the coming months.

“Patches change the pace of the game or change the game completely, which is always fun,” Snow insisted. “It’s like a new game every time you change it! I feel like every time I open up Overwatch and see a patch, something’s been changed, it changes the meta. It changes the way a hero is played. I think it’s always exciting and new.”