Underwater survival game Subanutica came out of early access last week. The full version includes time capsules, which are pods containing notes and gear that players can leave in each other’s games. One of the game’s developers left an early-game sketch in theirs, revealing some of the thought process behind Subnautica‘s creepy alien world.

Time capsules are new with Subnautica‘s full release. During the end game, players can fill a time capsule with an image, a message, and items of their choosing. According to the Subnautica wiki, a player’s capsule is sent to a website for vetting. If it passes muster, the capsule can appear in another player’s game. If a player finds a capsule, they get to keep its contents.

Players started finding capsules in Subnautica‘s massive world soon after the game’s launch. Some were written from in-game perspectives, while others were from streamers. Redditor ContactMushroom found a capsule made by Brian “Chops” Cummings, a technical artist at developer Unknown Worlds. Other players have found Cummings’ capsule in their games as well. Cummings edited the image that goes with the capsule to be a photo of a sketch from the game’s early development. In the capsule’s note, Cummings wrote,

You’ve found my time capsule! I thought I’d share this quick sketch I made from early development of Subnautica. It’s my idea for how I felt the game should progress from before we even had a story. Keep exploring deeper and deeper! There is so much to see…

Cummings confirmed to Kotaku that he had made the capsule and had included this image to add “something special from early development”. Cummings told me that as far as he knows he’s the only developer to edit the image in this way. He also sent along a bigger image of the sketch. 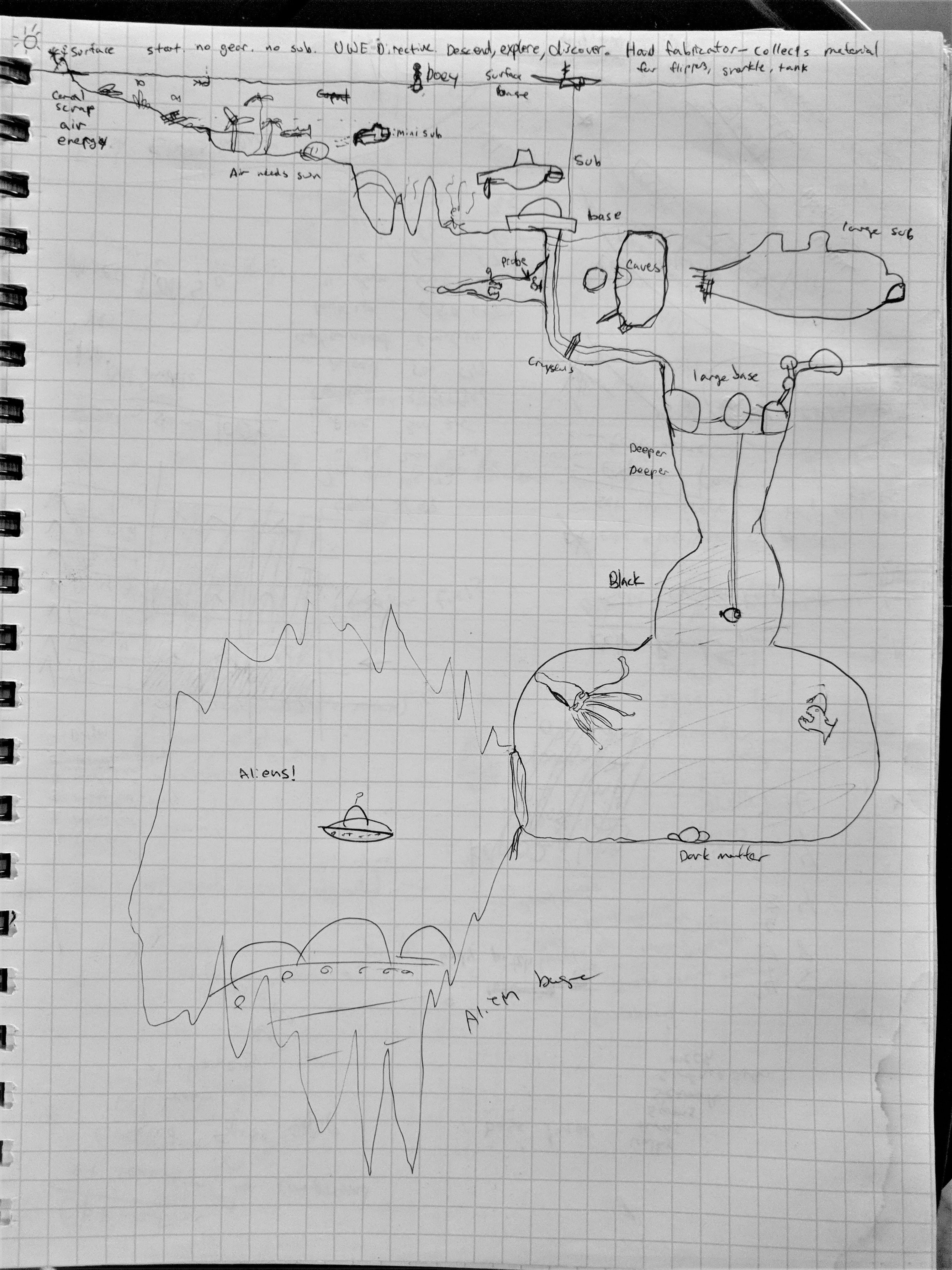 Though this sketch is from before Subanutica had a story, the game’s ultimate progression is already apparent. While Subnautica‘s world is massive horizontally, things get most interesting when you start going down. In the sketch, it’s clear things were meant to get stranger as they go deeper, and I’m glad that ethos made it to the game’s story. (The doodles of scary fish are pretty cool too.)

I haven’t found a time capsule yet, but I hope I find something as cool as this when I do. (Failing that, if someone would like to leave me some Prawn suit upgrades, I went too far and am currently stuck in a volcano. Just saying.)