In 2017, Snacktaku pledged it would no longer be a slave to Nabisco's relentless barrage of novelty Oreo flavours. Now it's 2018, and it's so cold in the US that we'll put anything with the word "hot" on the package in our mouth.

Arriving just in time for Snacktaku's hometown of Hotlanta to change its name to Holy F***ing S**t It's Coldlanta, Hot and Spicy Cinnamon Oreos are a special Valentine's Day-themed variant. The flavour is based on Red Hots, the classic cinnamon candy, which isn't traditional Valentine's Day fare. But since Oreo already has chocolate covered and Conversation Heart Oreos would taste like chalk, we'll take it.

In order to accurately evaluate the hotness of Hot and Spicy Cinnamon Oreos, we elected to shoot the video atop this post outside Snacktaku's main US office, in order to see if the cookies would help us weather the -9C cold. It did not. We'll not be doing that again.

Here's an image of the package, so you know what to look for in the store if you happen to be in the US: 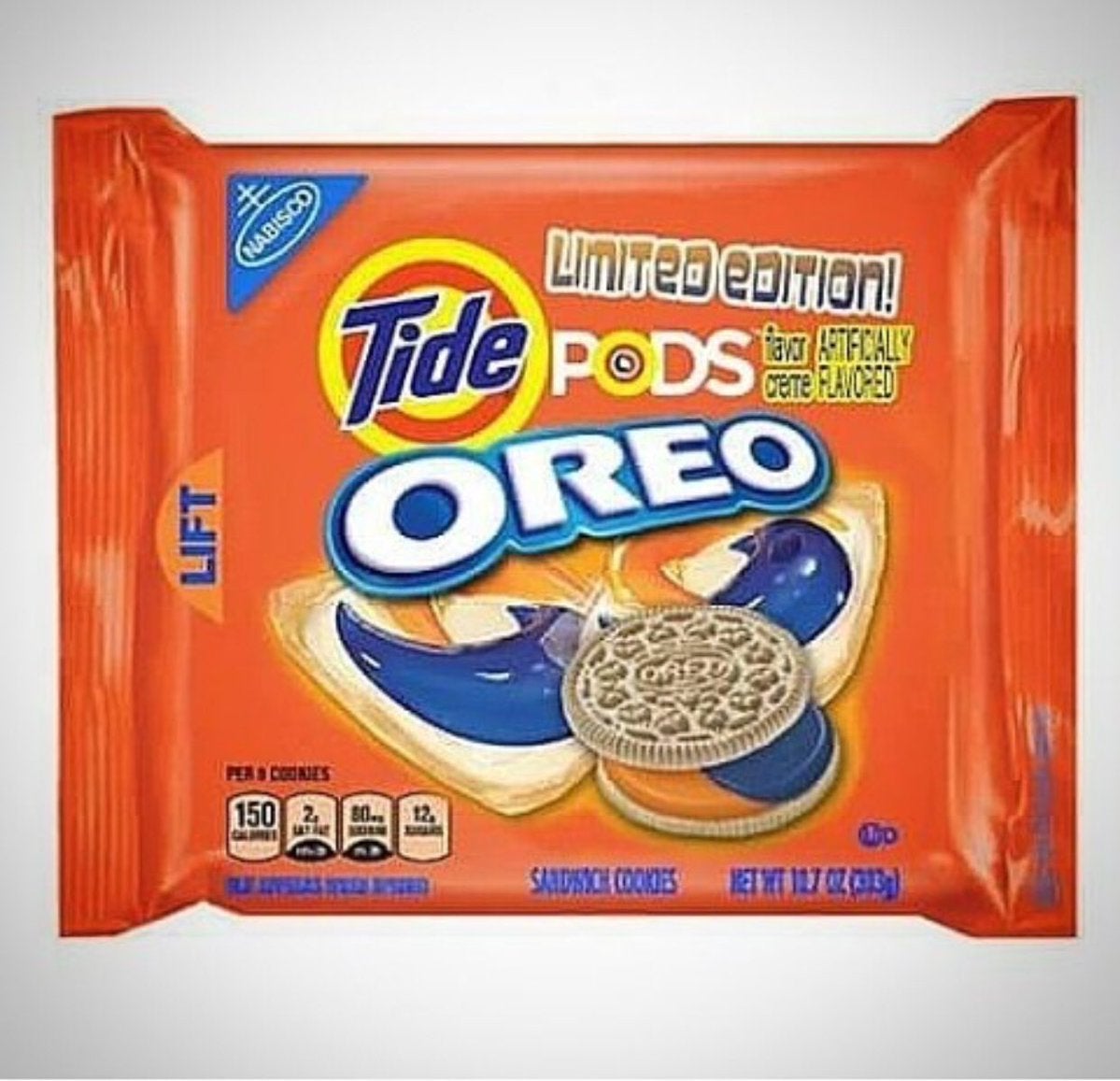 We aren't normally fans of Oreo cookies with red creme, and there have been quite a few. This year's Holiday Oreos, still on shelves in the US despite all of that seasonal nonsense being over and done with, feature regular vanilla creme filling with an unhealthy amount of red food colouring. Then there were the disgusting Fruit Punch Oreos. And just as we were ready to crown Fruit Punch the most horrible Oreo flavour ever, Nabisco did this: 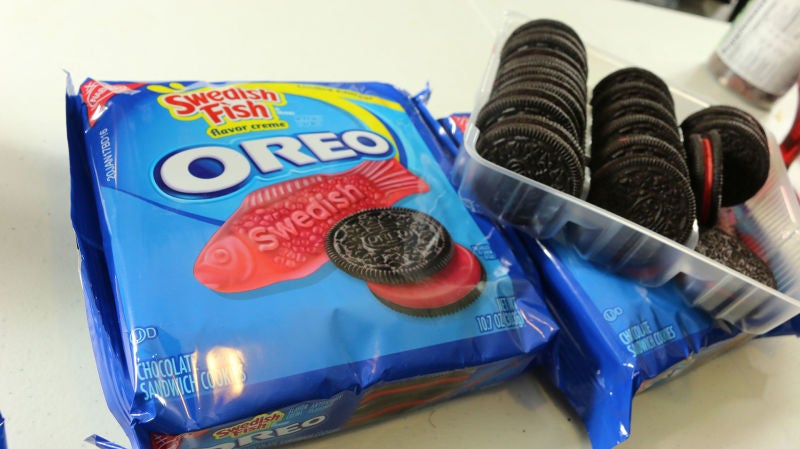 Hot and Spicy Cinnamon Oreos are distanced from the failed red-filled Oreos of ages past the moment the package is opened. Not even a nose swollen shut by -9C weather can escape the strong scent of cinnamon that bursts forth from the bag. 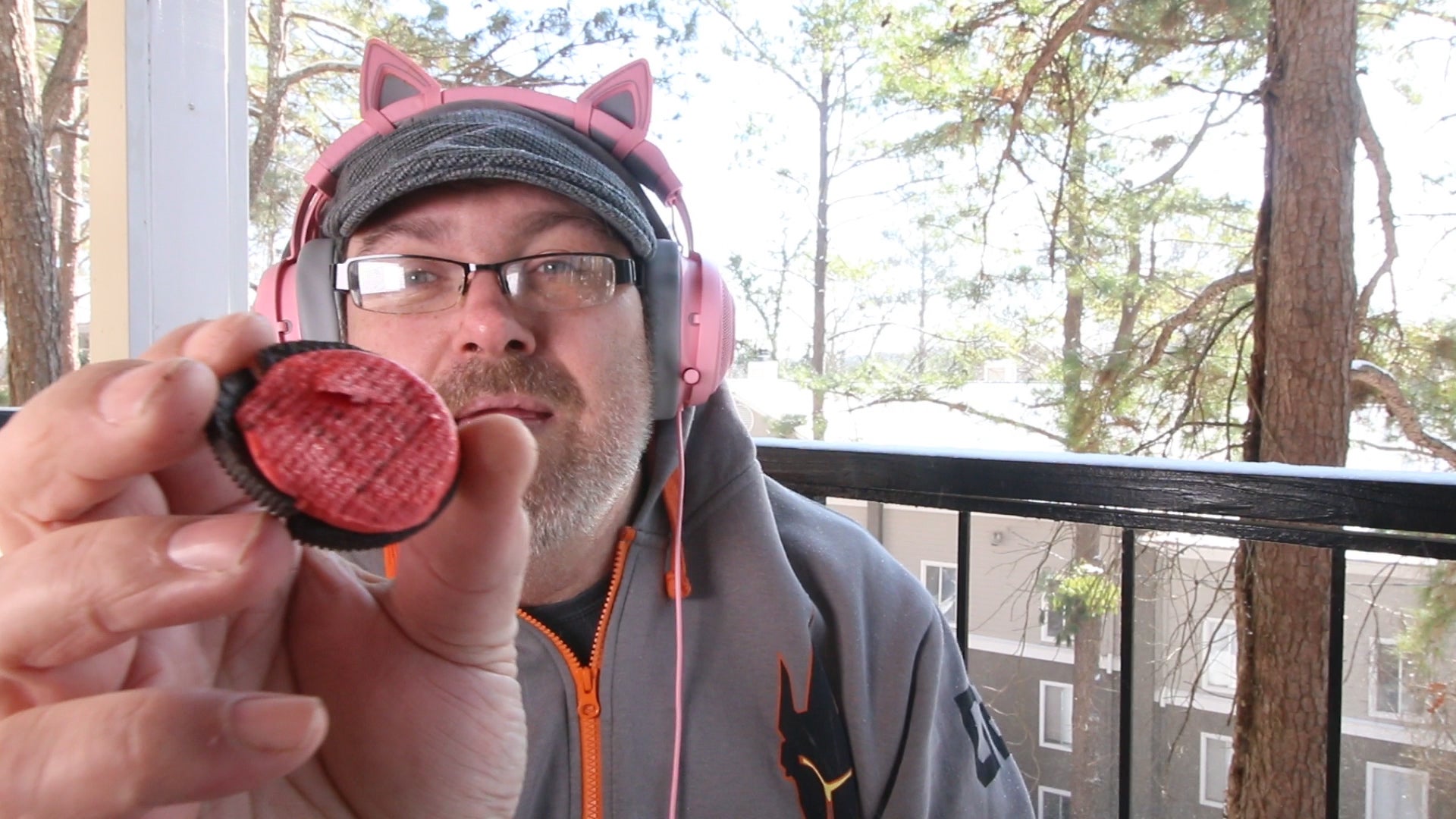 Why outside? What is wrong with us?

The creme may look like chewed Big Red gum, but it tastes like unchewed Big Red gum. Eaten alone, the crimson paste is almost overwhelming, leaving a pleasant burning sensation in the throat when swallowed. The chocolate Oreo wafers help rein in that fire, making these taste more like a warm cup of hot chocolate stirred with a cinnamon stick. It's very nice.

Hot and Spicy Cinnamon Oreos are one of the best variant flavours Nabisco's produced yet. If they can keep up this level of quality throughout the rest of 2018, we'll be pretty damn surprised.