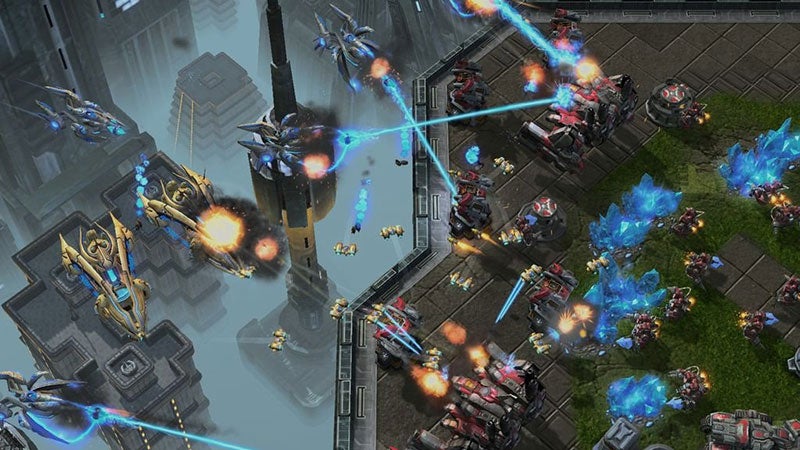 The 2018 StarCraft II season got off to an early start today with the European qualifiers for WCS Leipzig. Early might have been too early though, as 30 minutes into the matches, admins had to rebuild the tournament's bracket.

While matches were taking place, one player noted in the lobby chat that seeding for the brackets were incorrect. There two issues making this worse: all but one of the matches had started already, and no admin was present to fix it.

@StarCraft How about sending an admin to handle the final stage of the WCS qualifers ?
There's a situation which need to be cleared.
: )

According to some really extensive rules on seeding from pools and rounds, there was a specific, lengthy process for seeding the qualifiers. (h/t to Reddit user Bananane1 for breaking this down.)

First, you take the eight players who made it out of their groups and split them into two pools: Those who went 2-0, and those who went 2-1. Then, you use their WCS points (from 2017) to rank them within the pool, and then divide the pool in half. So now you have pools 1A, 1B, 2A, 2B.

Then you randomly match each against each other. So a 1A player, say Serral, plays a random 2B player. It's a roundabout way to make the classic 1/16, 2/15, etc. format that runs tournaments like March Madness. But there is one exception: players who have played against each other before in their group can't be matched up again in their first round.

Still, given this, the original bracket had several errors. Elazer was playing Stephano and uThermal was playing Harstem, which would be the wrong pools matched up against each other.

While the rules are a little obtuse, they result in a bracket that everyone can agree on. No one has to replay a group stage match right away. But oversight and tardiness meant several players had to gear up for an opponent, play a match, and then have it all wiped away for a re-do.

The four qualifiers here will win travel, accommodation, and a spot in the 2018 WCS Leipzig tournament — the first of four major WCS events in the StarCraft circuit.

This change of plans was especially not fun for Joona "Serral" Sotala, who had qualified off the result of his match already, and will now have to qualify again.

Nevermind that, I'm gonna have to play against Harstem as the bracket was wrong.