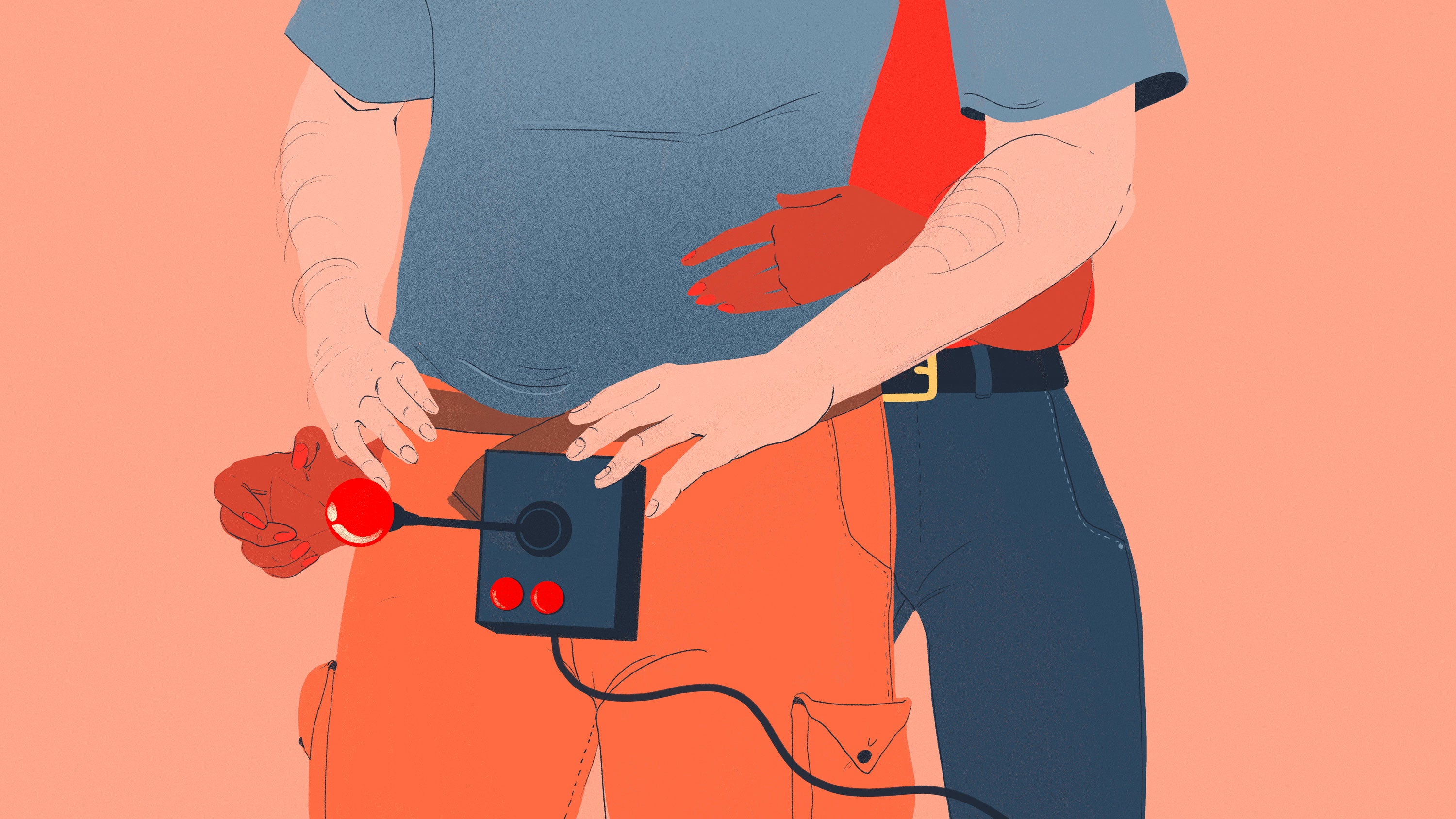 Back in September 2017, one Twitter user informed the world that she was "suckin dick while my man plays 2K." At first glance, it seemed like she was boasting about some video game foreplay, but no. She later clarified, "LMAO y'all thought i meant my mans dick????? fohhh." Months later, I can't stop thinking about this silly Tweet, and what it says about the combination of video games and sex. 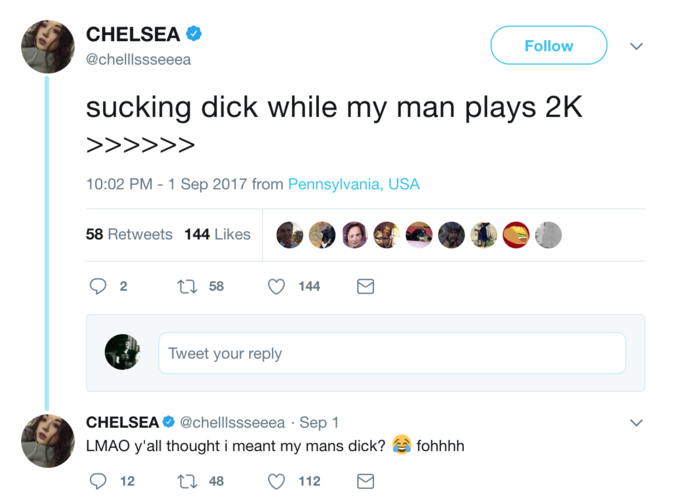 Since that fateful TMI, "suckin dick while my man plays 2K" became an ongoing joke online, functioning as a framework for an absurd type of fake out shitpost.

Gleefully, the internet couldn't believe you'd think they'd be sucking their man's dick while they were playing a video game. Yeah, right. Mostly, though, the internet took this Tweet as an opportunity to poke fun at the "fohhh" (fuck outta here) part of the joke. Appropriately, some jokes are just an excuse to scream FOOOOH at the reader:

Even though the original Tweet was likely a joke, I am plagued by the unanswered questions it poses. Whose dick was Chelsea sucking? Did her man know that sex could have been on the table, or was he really too busy playing 2K to care? We may never know.

Chelsea's Twitter handle is gone, but her legacy lives on, judging by the number of sexually frustrated 2K Tweets that are still floating around: 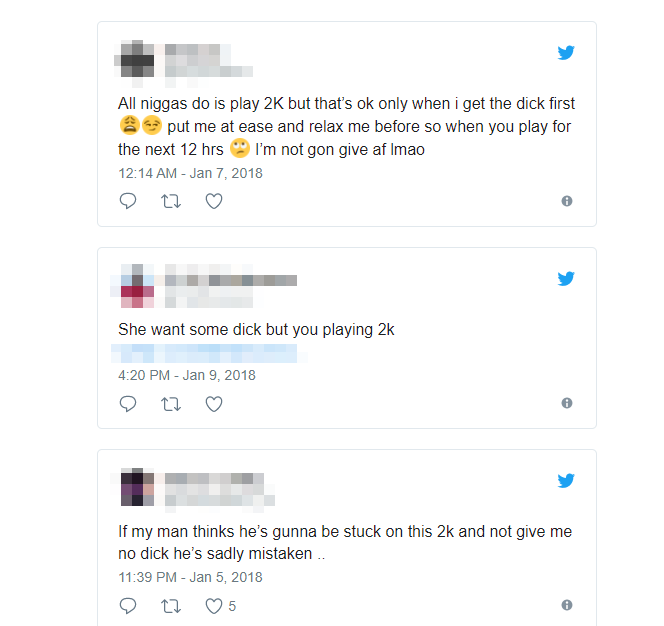 Culturally, the mere idea of video games is considered a sex repellent. People love to joke about how nerds don't have sex, especially if they're gamers. More broadly, the image of an unhappy wife or girlfriend being ignored by her male partner while they watch football or something appears nearly everywhere. Men are obsessed with sex, conventional thinking says, but not always aware or even interested when real opportunities pop up.

Women, meanwhile, never really tell you what they want.

Obviously, much of this is nonsense. I've never met a hornier class of people than nerds, but that can be easy to miss if you've never been to a convention. All the same, I saw a kernel of truth to Chelsea's joke. I can see why someone would get fed up with their man playing 2K.

I've dated men who got obsessed with their games for days on end, making it impossible to do anything else, never mind sex. Other times, the only way to break them from the spell was a hand slipping into their pants, teasing more where that came from.

That could lead to a wonderful experience, but sometimes, things felt uncomfortable. Did they appreciate it, I wondered? Am I just being ignored on multiple levels now? Am I unfairly indulging men who don't reciprocate or satisfy even when we're fully focused on each other? Should I really be wasting my time hoping that this dude starts paying attention to me? 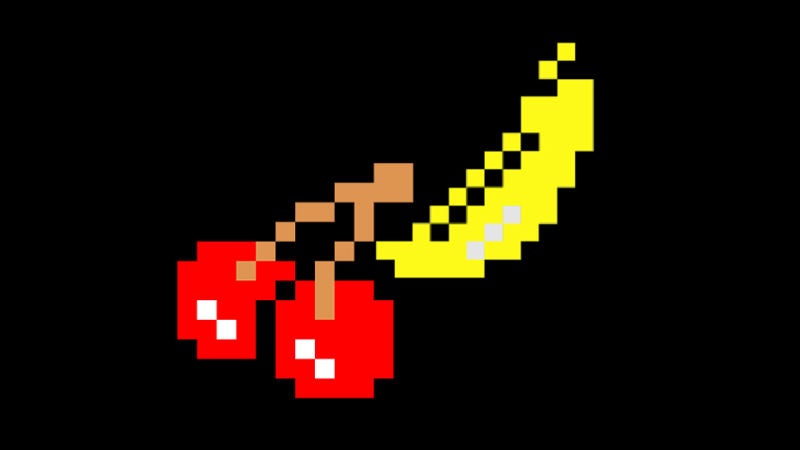 I realise now that so much of this could have been solved if we actually talked to each other about our needs and wants, but the cultural norms around sex and gender made it scarier than it had to be. People don't talk about sex. You're just supposed to know what to do! Fucking is as natural as it gets, no?

I also think I was too young to recognise shitty dudes, a truth that was at the core of my sexual frustration at the time.

Years later, I found myself on the opposite end of this problem, with a partner enthusiastically suggesting oral while we played video games. We tried it a little, but instead of making two great things even better, it just made them a little worse instead.

I wasn't good at the game and I wasn't present enough to enjoy the ride at the same time. Really, though, if I'm playing a game, I want to play the game! And gaming, I hate to say it, puts me in a tryhard mode that isn't really conducive to good sex. Or at least, I don't like to feel like I'm competing when I'm getting down. I want to be attentive and responsive.

I texted this ex to talk to them more about it, and they explained why both activities gelled together fine for them.

"I like games that are abstract/mechanical alongside sex, because it can be a really fun distraction," they said. To wit, the time we tried a gaming bang had us booting up NES Remix on the Wii U, a collection of classic arcade games that were free of things like cutscenes or plot points.

"I can get too inside my own head sometimes, and it can be really fun to play something mechanically pleasing while doing something else that's pleasing, lol," they continued. "I also really like reading a partner like that and seeing if they can pay attention to two things."

I've spoken to over a dozen other people over the weekend who shared their stories of sex while gaming, and this excitement of doing two pleasurable things at once was a common thread. Pleasing your partner while playing a game becomes a game onto itself.

Pleasing your partner while playing a game becomes a game onto itself.

Another reader told me they once turned Street Fighter into a sexual competition with mini challenges that determined who could come, something that a few other Kotaku readers also employed with the use of high scores and timed levels. All of this, one Twitter user claimed, was a good way to blow off some steam.

"It's rarely ever an orgasmic experience," they wrote. "More like goofy sex play."

Sometimes, though, sex gaming is more trouble that it's worth.

"It's not as cool as it sounds because one of the two things stops working at some point, like you either have to put the game down or stop the oral," one woman told me.

"I've also had two boyfriends do it to me, and in both cases I was paying so much attention to the game that I had to pretend not to so that I didn't insult them."

Another reader told me that his girlfriend surprised him with some action while playing Metal Gear Solid 4, but it didn't make anyone happy.

"I didn't always orgasm from oral sex at the time, which she took as a personal failing on her part," he said. "So she had a sort of competitive drive to search for ways to make it happen regularly. This, coupled with MGS4's super long and uneventful installation, seemed to give her an 'opening' to try something different. 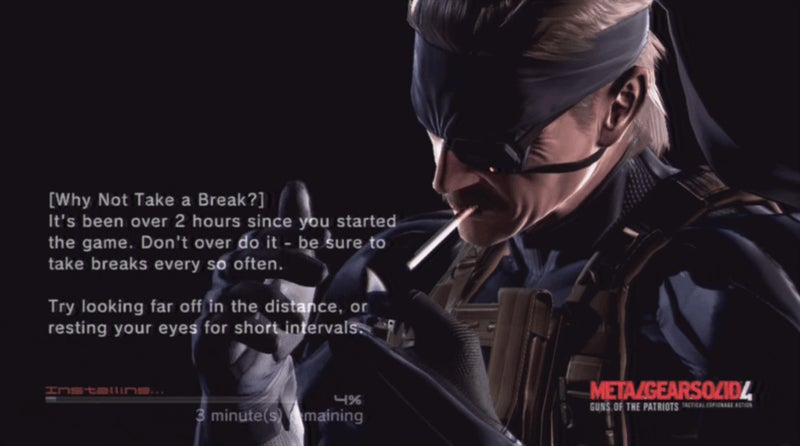 "I found this very awkward (I guess it made me feel sleazy). So I had to explain to her many times over that year that I wasn't into it before she finally stopped."

Games work best when the rules are clear, and every session can be understood as a negotiation between designer and player. Sex can work similarly, but there's way more baggage to contend with. Mixing games and sex is never going to smooth over problems that already exist in a relationship, but communication is key to making sure your partner doesn't end up sucking someone else's dick to get theirs.