The Best Places To Start On PUBG's Desert Map 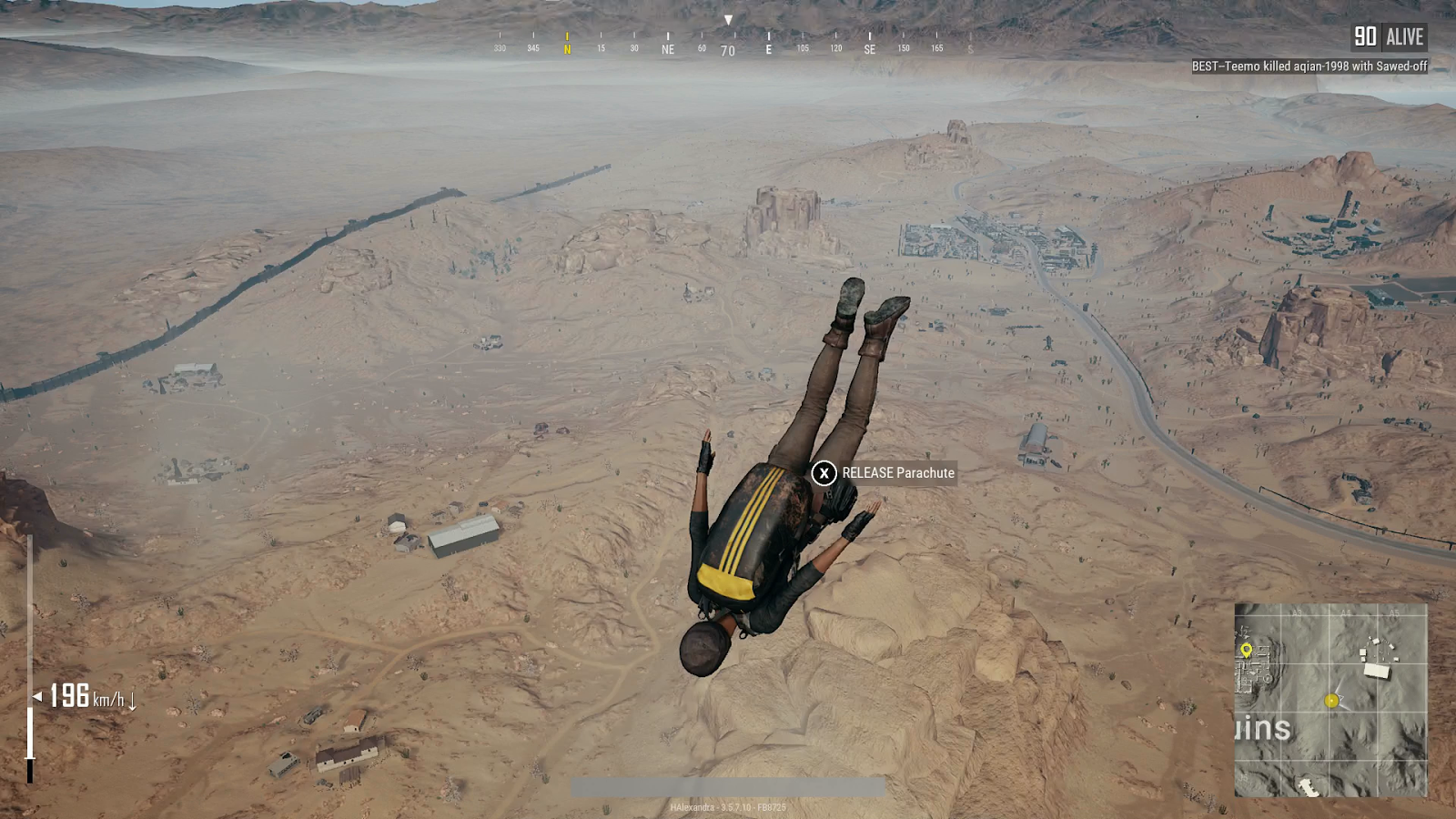 PlayerUnknown's Battlegrounds' desert map of Miramar is a massive sprawl of cities, mountain complexes and hidden bases. The new map's sheer scale provides an overwhelming number of potential locations to drop into at the start of a match. Here are some of the best.

A good drop zone has two things: reliable loot and strong map positioning. Major cities offer plenty of good loot but draw a lot of attention. More remote areas are safe but leave players far outside the playzone. The drop zones below are relatively safe to drop in, have loot, and make great staging grounds on the path to chicken dinner.

At and around Hacienda del Patron

The hacienda is a popular drop location for good reason. The loot is superb and more than enough for a squad of four. The initial drop can be difficult if multiple enemies join you, but the payoff is worth it. Hacienda del Patron should be one of the first places you think about dropping in a squad game, but the surrounding area works for solos and duos.

If you land further to the north, between the hacienda and the water treatment plant, there is a series of homesteads that are low risk and should be able to stock up duos with a solid arsenal. This is my favourite place to drop in solo matches as well. If the playzone ends up towards the west side of the map these houses can be traversed in a counterclockwise rotation for a series of buildings full of loot that are usually low on enemies.

The coastal town of Impala is a low-risk drop zone that tends to draw a small crowd, as many players will jump into the nearby city of Los Leones. Impala is small but dense, with tons of buildings to pillage. Players shooting towards the north of the city can land in an industrial plant with multiple levels that often hold plenty of scopes and assault rifles. Loot can also spawn underneath some of the larger structures. Many players fail to check these areas, but they shouldn't be missed.

Impala's downside is its surrounding terrain. Unless you're sticking to the roads, the only option is to run west across one of the flattest and most barren parts of the map. This can be dangerous, but Impala's reliable loot makes up for it.

La Cobrería is tucked up near the top of the map. While players run the risk of landing far away from the playzone, the city offers a lot of options. It's dotted with apartments and a school campus that has solid loot. Cars often spawn on the streets if you need to get the hell out of the city quickly or travel far towards the playzone. It's a solid squad drop location that should get players stocked up for the match. Solo players worried about too many enemies can consider pushing slightly west of the city, where a small homestead should provide a variety of weapons.

The city itself is a deathtrap that players would do well to avoid dropping directly into, but the north side of Los Leones boasts a trio of large buildings that contains a lot of good loot. This drop is very risky but can lead to great things.

The city of San Martin is a popular drop point, but many players ignore the crumbling buildings on its northern hill. This location spawns a disproportionately high amount of armour, helmets, and scopes. Weapon spawns are less reliable, but the proximity to the city proper means players can rotate and rush to grab loot there. If that doesn't seem appealing, they can run west to a small smattering of houses. This location can be risky since you'll drop close to a lot of armed players, but the loot (and the ability to run for the hills if needed) gives it a lot of appeal, particularly in solo matches.

OK, hear me out. Stuck in a small canyon to the far west end of the map, the ruins aren't in a good spot, and there are next to no vehicles to help stranded players get to the playzone if they're unlucky. But the ruins have a glut of assault rifles and essentially zero risk. The location is so remote that most players don't even bother, which leaves a free loot buffet for anyone who actually does drop here. This location is a huge gamble, but it's worth it.

Avoid these at all cost:

Pecado: The boxing ring in Pecado is becoming increasingly popular for squad drops, comparable to Erangel's school drop location. Solos and duos should shy away from the city, as it is too compact and too popular. Squads should drop with extreme caution and consider Chumacera to the south or wait until they can drop in the area of Hacienda del Patron.

If you do drop near Pecado and end up with only grenades, do what I did:

Was grabbing PUBG footage and ruined this guy's day. pic.twitter.com/ODrIQhfsdy

Trailer Park: There's nothing here but regret and tears. Don't drop here. Seriously, what are you thinking? Is this a joke? Drop anywhere else.