The Heartbreaking Final Fantasy VII Song That Makes Me Smile 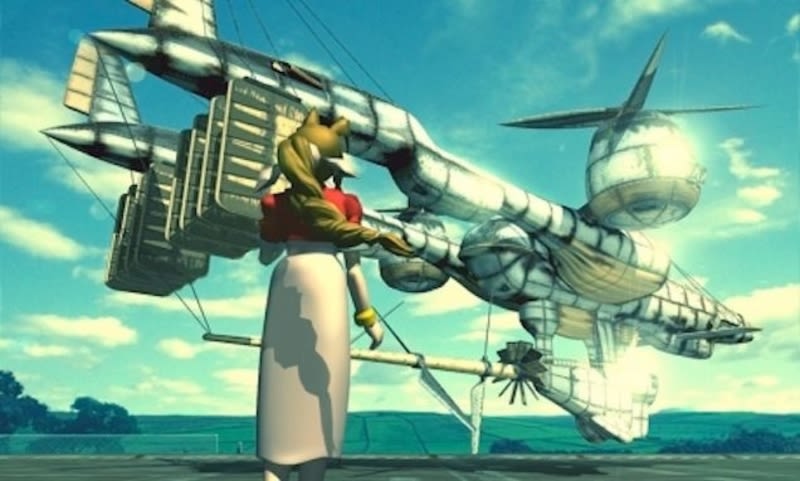 One of Final Fantasy's most iconic songs doesn't even make my top 10 favourite list. That said, it's also one of my most cherished. What makes it special is that it's tied to one of my fondest memories — but not in as sweet a way as you may think.

On this the last day of 2017 — which also happens to be the last day of the year in which Final Fantasy celebrates its 30th anniversary — I'm paying tribute to one of my favourite series a little differently than is probably expected of me.

I could attempt to write flowery language about how much I adore Square Enix's diverse cast of characters throughout the series' history. I could tell you the very boring story of how I became enamoured with video games, as did thousands of others, thanks to 1997's Japanese role-playing game, Final Fantasy VII.

Instead, I'll tell you about two people's opinions on a crucial moment in Final Fantasy's history, their connection to the series and each other through one particular song, and a story that makes me seem a little bit heartless. 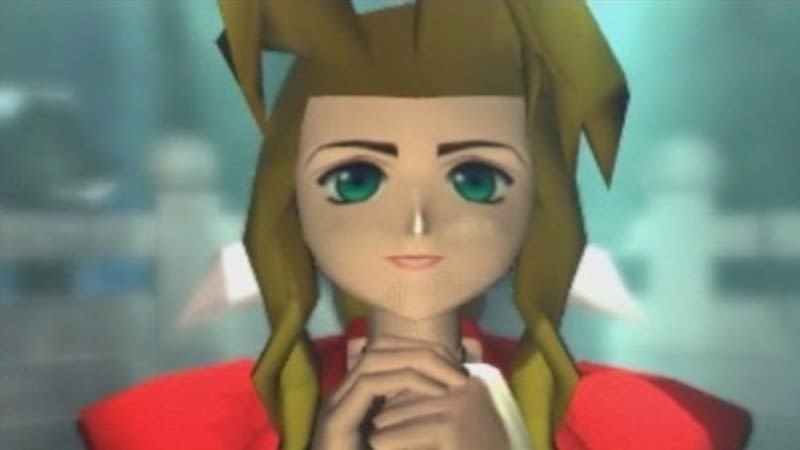 I laughed when Aeris died. When kind, innocent, pure Aeris was praying for a blessing to protect the world, only to be impaled by Sephiroth — I gleefully lost it.

When Aeris slumped over after Sephiroth pulled the sword out of her body, her emotionally wrought theme expertly chimed in. With every "ping" of the white materia falling and connecting with the ground for what felt like forever, I was impressed by the gravity of it all.

Then when the ensuing battle played out with this eerie quiet, even though her theme still played during it, I didn't feel the anger Cloud had spewed at Sephiroth. I was supposed to, I think. But that's not what happened.

All I could think of was how ridiculously hilarious Sephiroth's speech was as he mumbled on about nothing. I loved Sephiroth unabashedly at the time, you see, (now? Well...) and I chuckled at the insanity of it all. It was part disbelief, and I was rooting for the bad guy. But equally as important was that I really disliked Aeris.

To be clear, I didn't laugh because it's funny seeing a character get stabbed. Aeris, in my reading of her character, was not the sweet girl the game desperately wanted me to believe. I saw her as the girl who was merely interested in Cloud because he reminded her of Zack, the guy she had actually liked. 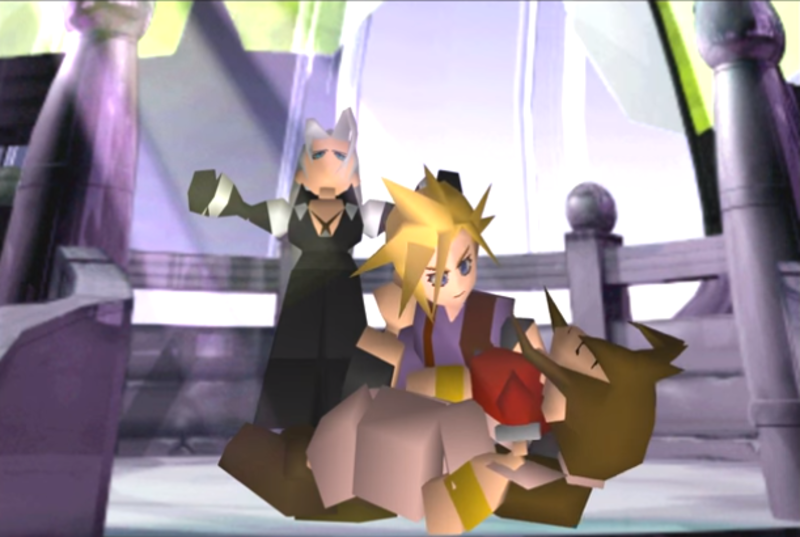 Of course, this assessment of her ignores some finer details of her characterization, like the fact that during their short time together, he liked her and her teasing softened his cocky attitude. It also ignores that she and Tifa shared a bad-arse moment together when they rightfully ganged up on Don Corneo for his horrid behaviour.

Aeris had her moments, as did all the Final Fantasy VII characters — they are a distinct, strong bunch, each with their personal stories of suffering. The attention to characters and writing are portions of what makes the Final Fantasy series so lauded and good. It can be argued that this is not true of every Final Fantasy but many of their characters are memorable for these very reasons.

I would be lying if I didn't find the scene a bit sad, if even for the characters' loss of their friend. I'm also not saying that maybe I was wrong to dislike Aeris all those years ago. But I will say that now I'm older, I would happily re-evaluate all aspects of the game, including each of the cast's characterizations.

Back then, however, the scene did not impact me as it did one of my best friends. And for me, this is the real reason why Aeris' theme is one of the best Final Fantasy songs.

Long after Final Fantasy VII, I met this particular friend at the university we both attended. We eventually became apartment mates, sharing many of the same interests, with Final Fantasy being one of them. As with many fans of Final Fantasy, we are constantly arguing about best characters and our favourite entries. We disagree on most things when it comes to silly things like films, or television series. But I'd like to think we're great friends because no matter our opposing opinions, we happily and respectfully argue over them and are willing to hear each other out.

It's important to note that she loves Aeris. Knowing this, I'd play a little trick on her back when we lived together. On particularly quiet afternoons, when we were both in our respective rooms, I used to turn up the volume on my speakers and loudly play "Aeris' Theme" for her. Because I'm the best person in the whole wide world, obviously.

She would bolt into my room, yell at me and call me a jerk (me!! A jerk!?), and I'd laugh as I did, recalling the day when Sephiroth's sword plunged into a smiling Aeris' body. The greatest thing about this story is that I could do it to her even now, and it'd elicit the same reaction.

Well, perhaps I am a little bit of a jerk.

The point, however, is that Final Fantasy gave me so many amazing memories that carried over into my interactions with others. It helped build friendships, and allowed me to find common ground in sharing these experiences with friends and strangers alike. I don't think it's a stretch to think that that scene in Final Fantasy VII was something that we could both relate to, helping to forge a part of our friendship. Sharing a laugh with a friend and creating memories together can come from discussing serious and funny moments in video games, or playing them together. This is just one moment of many that Final Fantasy gave me — a playful memory that's triggered upon hearing the opening notes of a very solemn song.

So, thanks for all the memories, Final Fantasy. Here's to so many more in the future, I hope. Perhaps I'll laugh at the appropriate moments I'm supposed to laugh at. But you know, at least I'm not one of those people who was only upset Aeris died because she had some pretty great healing abilities.

And some people dare to call me a monster.

What's your favourite Final Fantasy song and moment? Please feel free to share your stories, as I'd love to read them.