The Iconic Anime That Never Really Found An International Following 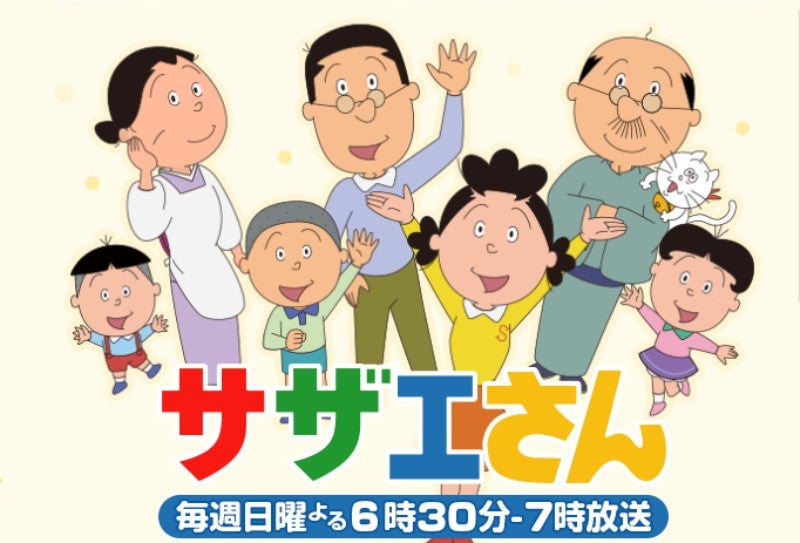 There is one anime that you can be sure every single person in Japan knows, young and old alike, and which everyone has seen at least one episode of. It’s inescapable but still largely unknown outside Japan. It is Sazae-san.

Its a shame that the show is so anonymous outside Japan, because it’s been running continually since 1969, making it the longest-running animated show in the world. The show tells the story of 24-year-old Sazae, who’s married with child and lives with her parents and younger siblings.

That isn’t to say all foreigners are unaware of Sazae-san or don’t watch it. I’m a foreigner, and I know it and watch it almost every week. But it certainly doesn’t have the same cache that, say, Dragon Ball or Naruto has.

That probably is because, in comparison, Sazae-san seems old-fashioned, depicting a world before mobile phones, SNS and the internet. For Japanese people, it depicts an idealised extended family living together. (Crayon Shin-chan, however, might better depict a slightly more realistic, though overblown, portrait.) Families get together and watch the show each Sunday, so its appeal is probably wider any weekly TV anime. The show is part of the regular rhythm of Japanese life in a way few things are. 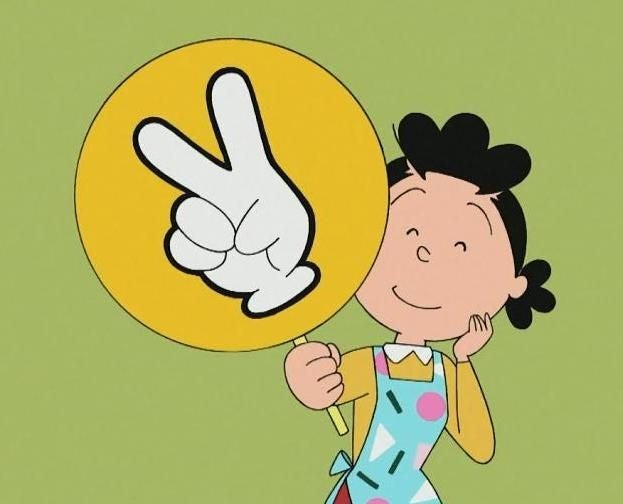 At the end of the show, Sazae-san plays paper-rock-scissors with the viewing audience, and people across the country play along with their TV screens, throwing out rock, paper or scissors. Part of the fun is seeing who can beat Sazae. That means every Sunday millions of Japanese people are playing paper-rock-scissors at the exact same time.

While Sazae-san might seem like it’s from a bygone era, when the original manga debuted in 1946, it was cutting edge. Sazae-san’s creator, Machiko Hasegawa, was very much a modern and opinionated woman and so was her heroine Sazae-san. In the original manga, Sazae was a feminist, didn’t think the man was the head of the household, and joined the women’s liberation movement. The manga was left-leaning for its time, but now in 2018, the anime feels apolitical and doesn’t really address contemporary Japanese societal issues, which is why it might feel dated for modern viewers. 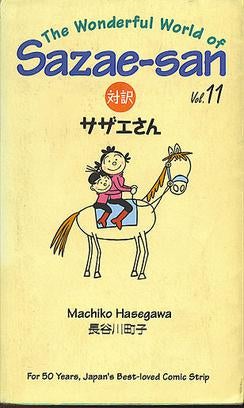 But why should you watch it?

If you are learning Japanese, this is the anime to watch. The vocabulary is stuff you’ll come across on a daily basis (some other anime are filled with words that won’t get regular use), and the characters speak at a natural cadence. It’s a practical and useful study aid.

Also, it’s an excellent way to see how different members of the family talk to each other as well as how they talk to their friends and colleagues. When speaking Japanese, there are different levels of politeness, and Sazae-san provides excellent examples of how to correctly use formal and informal language.

Best of all, each episode centres around a Japanese cultural idea or norm (sometimes even an idiom) or a seasonal motif. That way, as you watch, you can learn useful and applicable things about Japan and Japanese culture, unlike some anime which paint a far more abstract view of the country.

There’s a reason why the show has been running since 1969, and there’s also a reason why Japanese students should be watching it.