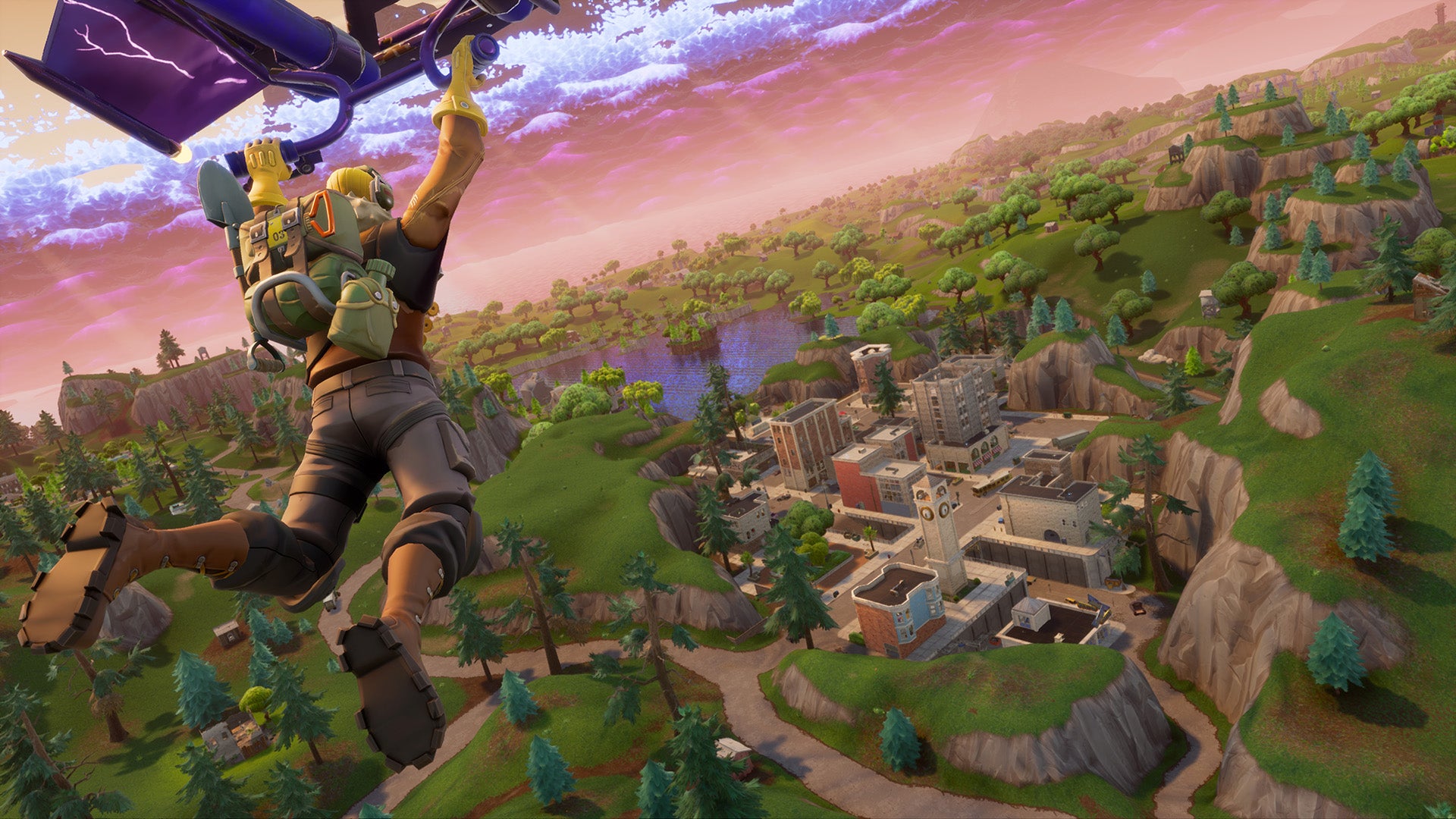 When Epic Games originally announced a Battle Royale mode for its co-op zombie survival game Fortnite, the internet seemed sceptical. Battlegrounds had already taken over the world, so it was easy for Fortnite: Battle Royale to look like a trend-chasing copycat. Months later, the studio's enormous player base seems to have proven everyone wrong.

Much of Fortnite's appeal is that it is the perfect embodiment of "games as service". Epic Games promises meaningful, game-changing updates every week that go beyond simple bug fixes. They want you to have something to look forward to every time you turn the game on, whether that's a limited-time 50 vs 50 mode or a useful new pistol. Eric Williamson, lead systems designer on Fortnite: Battle Royale, says the team is using a new development feature called "level streaming", which allows them to add more content with ease, including map changes, player skins and gameplay tweaks.

It's a system that allows Epic to continue iterating on the game. As a testament to that, this week Fortnite will get a big new update that will overhaul the map. There are two new areas that will hopefully even out the island by giving people more places to explore on the eastern side of the map. According to Epic, internal player density maps showed that this section traditionally wasn't very populated. 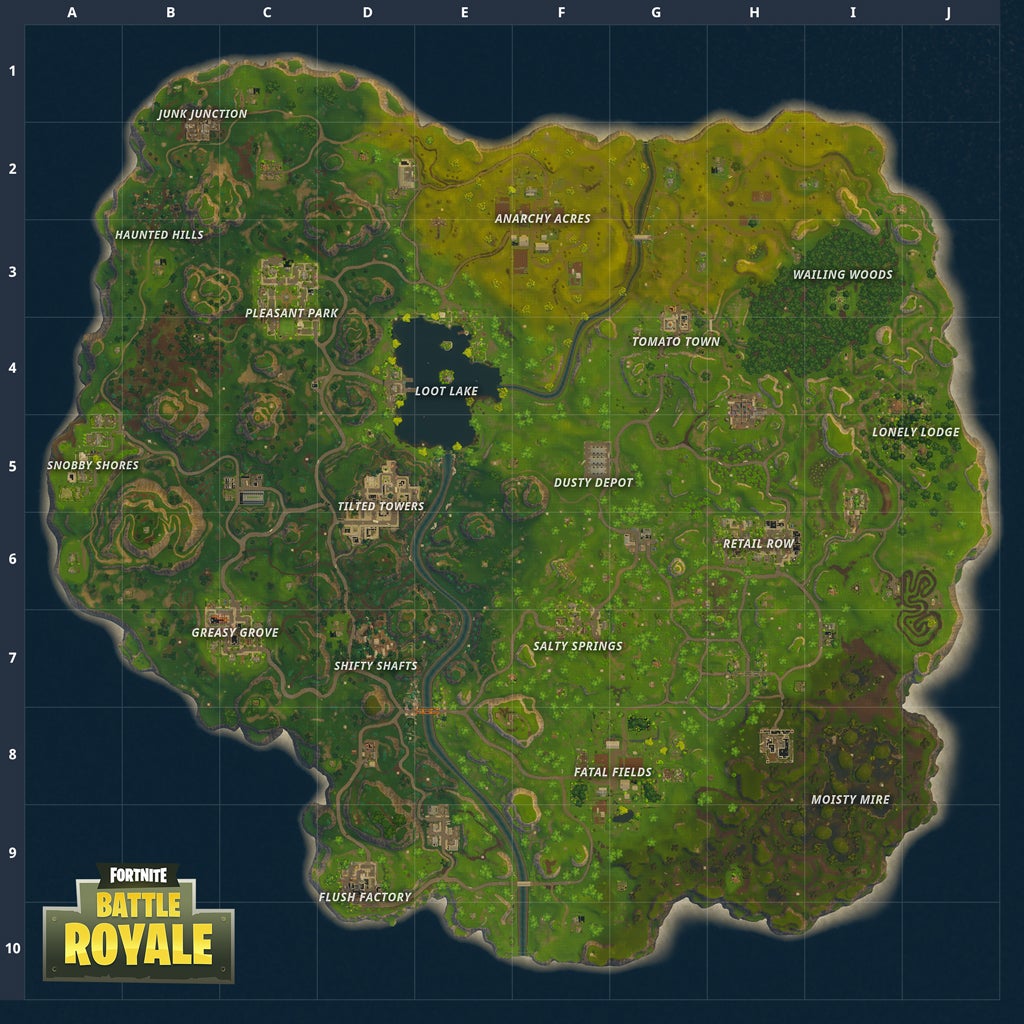 Tilted Towers, as the name suggests, will have vertical bases and taller buildings. Shifty Shafts, meanwhile, is an underground mine with tight, claustrophobic spaces. Beyond being new points of interests, these areas will challenge players in ways that the rest of the map don't.

The wider island is getting a makeover, too. Epic is adding "biomes" that will make areas more visually distinct from one another depending on where you spawn. Where before there was only "grasslands", there will now also be mountain areas, swamplands and farmlands. Each zone type will have a different visual tone, terrain, vegetation and trees that players will have to take into account when trying to survive.

Map Update dropping next week for FNBR, including new spots to juice up the current map. Dive into our first Dev Update of 2018! pic.twitter.com/A8SVxD3IhM

Another key pillar of Fortnite's explosion is Epic Games' attentiveness. Where in most games the idea of "games as service" evokes an impersonal image of being sold content you might not even want, with Fortnite, Epic has developed a more reciprocal relationship. Many updates seem as if they are responding to player wishlists.

Whenever there's an issue, Epic Games hops onto forums and social media to talk to players about what's happening or to inform them that things have been fixed. They also love to joke around with players, giving them winks and nods that reference player antics, such as rocket riding, on official game trailers. It's the sort of transparency and warmth that is rare for a game of this size.

"We've got analytics systems, we watch streamers, we participate in forums, we gather feedback through Reddit…[but] we don't make all of our decisions based on cold, hard data," said David Spalinski, lead level designer. "Sometimes the data might say one thing, and then the community might feel a different way."

Last month, for example, Epic added a "Boogie Bomb" to Fortnite: Battle Royale that makes people dance upon impact. It was a funny idea, and players were excited to use it, but the problem was that it also made people harder to hit. And yet, according to internal data, the weapon wasn't unbalanced. Even so, players still felt frustrated by the item. 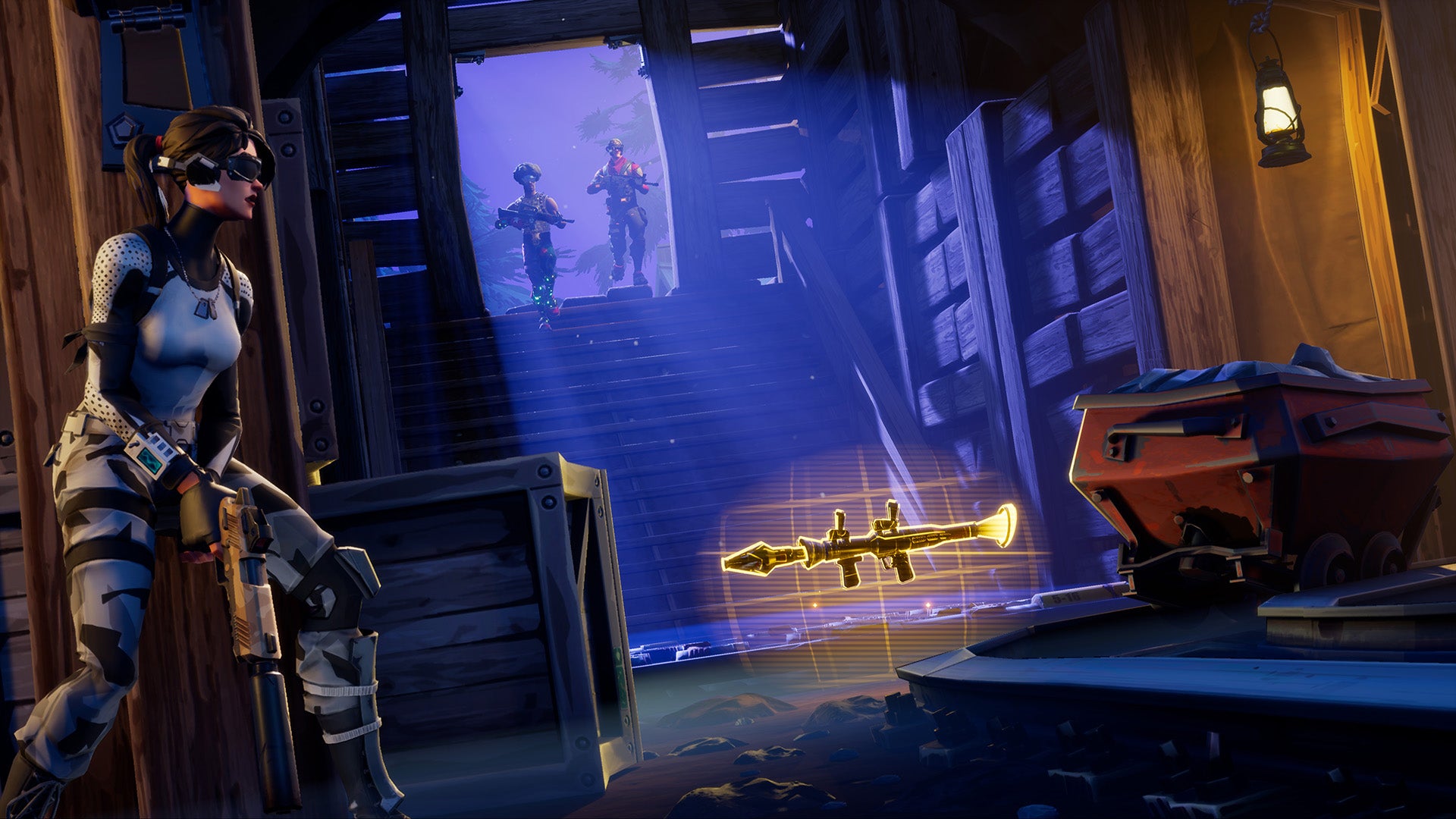 Perhaps the biggest force behind Fortnite: Battle Royale's popularity is its welcoming tone. If Battlegrounds is more Counter-Strike, Fortnite leans closer to Overwatch. Fortnite does follow the brutal formula of Battle Royale games, and it has realistic weapons such as assault rifles and shotguns, but the overall tone of the game isn't very serious at all.

Fortnite is a wacky game where you can dress as a knight and shoot a pumpkin rocket. When developing new features, Epic Games looks to how much an idea makes them laugh or giggle as a barometer for whether or not something might make the game more fun.

"It's really important to us ... we are a ruthless game in that there is only one winner, but that also means there's 99 people who are dying," said Williamson. "We still want those people to have fun. It shouldn't be so punishing that you want to walk away from the game. And I think we've seen a lot of ... our community being, I don't want to say happy to die, but like - death is not so punishing in our game. It's not a frustrating experience. You laugh about it, and then you play the next match. Or you stick around and be entertained by the person who killed you."