The Trials And Tribulations Of Shining In The Darkness 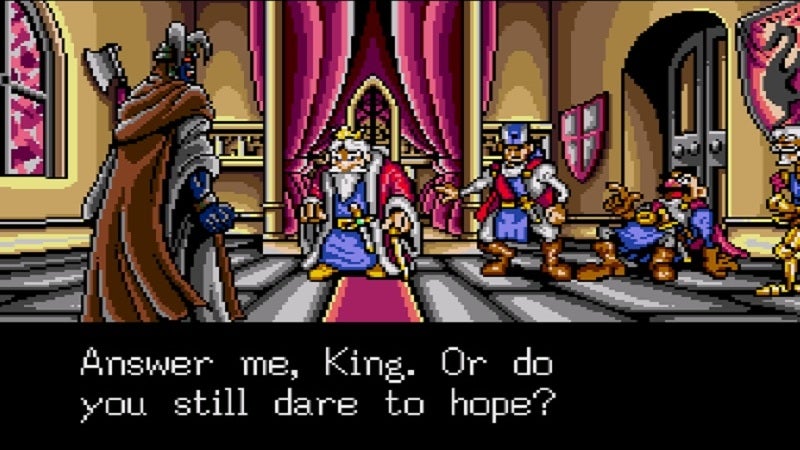 There've been lots of difficult games in my life. Shining in the Darkness was one of the hardest in my 16-bit era experience. A Sega Genesis game that was part dungeon crawler and part JRPG, Shining had a relentless enemy encounter rate and a Labyrinth that was very easy to get lost in.

At the same time, it was a compelling fusion of earlier western style RPGs (like Wizardry) and gorgeous JRPG art that made it feel like a fantasy anime come to life.

I couldn't stop playing it when it came out.

A video version of the article with gameplay footage from my new playthrough. Developed by Sega CD4 (which would later split off from Sega to become Camelot Software Planning) and released in 1991, the narrative mimics a play in many ways with the game taking place through a first person perspective.

It's as though you, the main character, are interacting with a live set. Shining even starts like a storybook with an old wizard walking you through the first steps before the game opens up in the throne room.

Similar to a drama, the story is split into comedy and tragedy. The throne room represents the more serious elements, with the king and his advisers debating the crisis wracking the Kingdom of Thornwood. Narrative-wise, fantasy tropes abound, like the fact that princess has been kidnapped by the evil sorcerer, Dark Sol, and it's your job to rescue her. Your father, who was charged with protecting her, has also gone missing.

While the main adventure follows many common JRPG conventions, it's the character interactions and the way people respond to your actions that makes the game so interesting. One of the most satisfying arcs at the castle is with Baron Vyrun, who's dubious about your role and sends his own warriors to find the princess.

Slowly, as his soldiers fail one by one while you conquer the trials, his attitude towards you shifts from grudging acknowledgment to genuine respect. 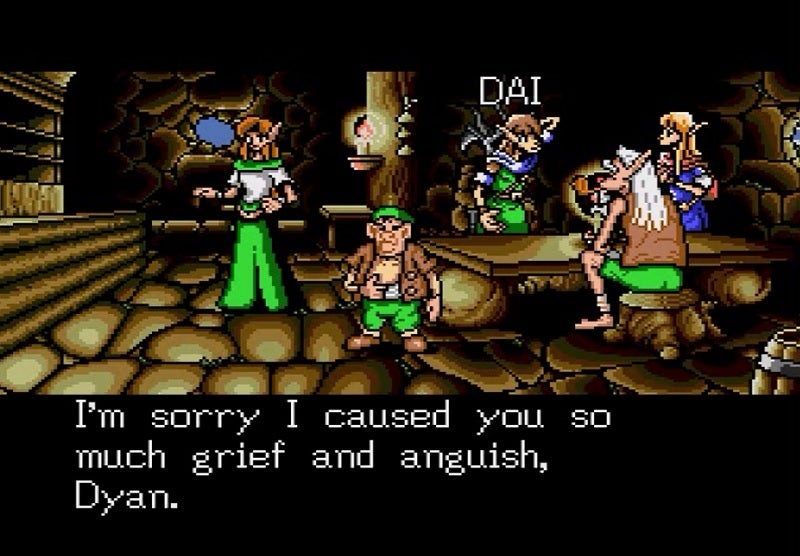 The NPCs in town represent the comedic half, providing light-hearted conversations that add to the drama. Their dialogue changes after every major event and I appreciated how they commented on your feats and shared gossip with you at the tavern, making the journey feel more personal and grounded. Dai and Dyan are elf siblings who are very concerned about the princess, until Dai's rashness motivates him to try to enter the labyrinth himself. Not surprisingly, he fails miserably, gets lost inside, and it's up to you to rescue him in an optional quest that you can skip altogether if you choose.

The merchants, too, feel dynamic as their inventory grows and special items become available as you progress. In a neat little easter egg, the salesman at the weapons shop appears to be Gilius from Golden Axe, though his expression of shock when you buy something is hilarious.

Once your armour is equipped, players can enter the convoluted path of the Labyrinth. 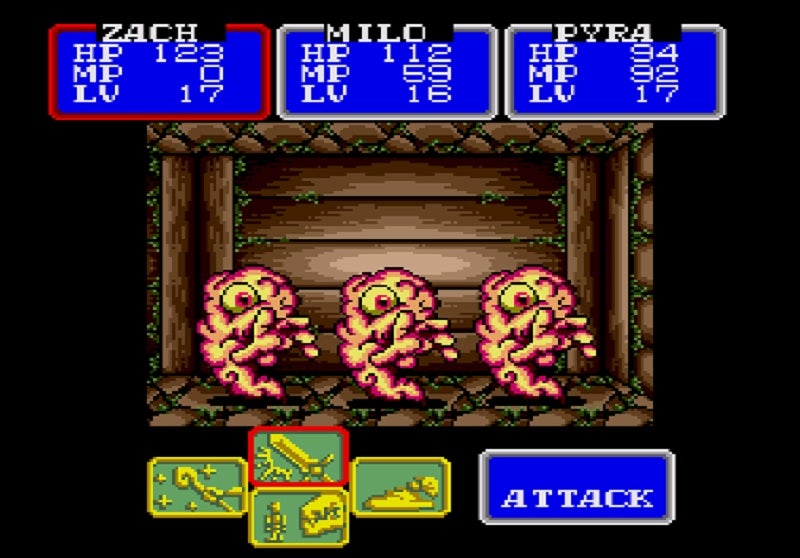 The Labyrinth is cruel and merciless. Even though it has a unicursal objective in Dark Sol, it is multicursal in its complexity with treasures to aid your quest scattered throughout. But it won't be easy to find them as there are areas where almost every other step results in a random battle.

Grinding becomes unavoidable in corridors that seem interminable. Every turn leads to another hallway full of enemies.

One aspect that makes this bearable is the bestiary of foes that number over a hundred and comprise of some of the quirkiest and unique designs among 16-bit JRPGs. This includes the Mazerunners, which are egg-like creatures with legs and a Santa Claus hat, to the sickly wisps of a Dreampuff, and the death bounces of a Kromeball that charges at you at crushing speed.

The Labyrinth itself feels alive and ominously ancient. The walls reek with a bloody history and altars intimate an epic struggle in the distant past. I wondered where the Labyrinth came from, who built it, and where all the beasts originated. 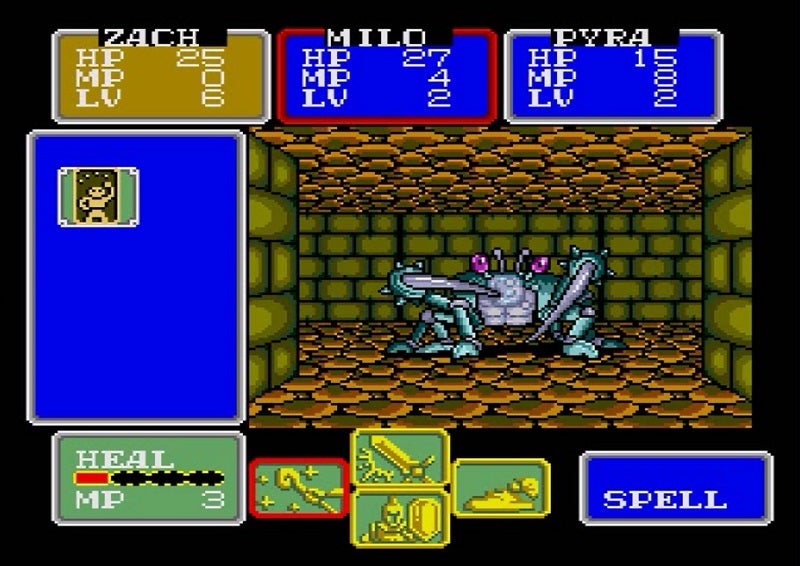 If you added some Boiling Crab sauce, would it taste good?

Once you get through a good chunk of the first level and defeat the enormous Kaiser Krab boss, two new members join you. Pyra, a wizard with strong offensive spells, and Milo, a healer who, defying the normal clerical trope, can fight.

After spending the first few hours by yourself, struggling literally to take another step, their presence changes the entire dynamic of the game. The journey doesn't feel as desolate and isolated, and their presence in battles goes a long way to easing the load and making fights more manageable. They also add a strategic element as the enemies get tougher and they gang up in you in larger numbers. Shining wasn't going to get any easier. 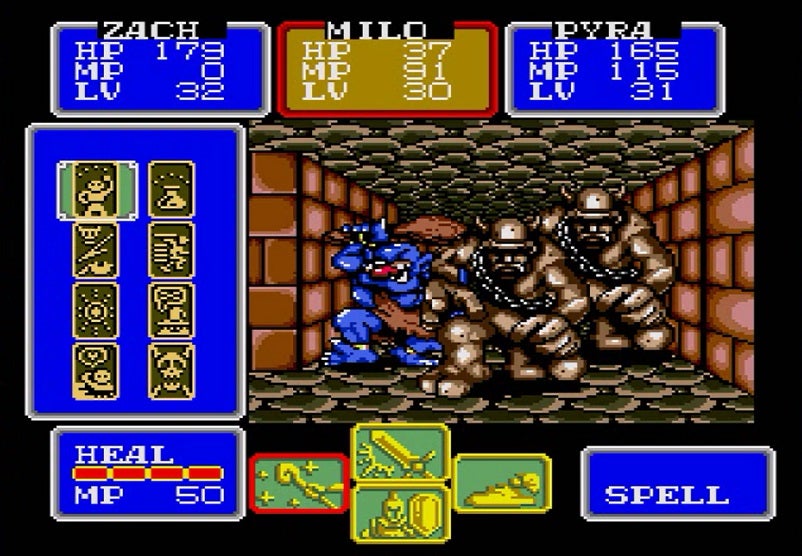 There are obstacles everywhere, from trap holes in the ground that will drop you to a lower floor, to spinners which you have to properly traverse as they swing you around to get to the next section. A pond gives rise to deadly seahorses (aka Sea Stallions), the walls come alive with monsters that have mouths on their palms, and even treasure chests attack you.

Special items unlock new sections of the Labyrinth akin to a Metroidvania style game. The Orb of Truth reveals fake walls, the mystic rope lets you climb up those trap holes, and special keys open up different parts of the Labyrinth.

There's small sections where you traverse the external wall and those are in bright sunlight, beautiful respites where even the music offers solace before thrusting you back into the fray.

Shining does try to make the experience a little less painful by giving you a medallion that allows you to start at higher levels in the Labyrinth as well as a "view" spell that shows you a map of where you're at. In areas where your party is stronger than the enemies, you can cast "peace" so that enemies can't detect you. But it's not long before you're bombarded by monsters again.

I both loved and hated this game. 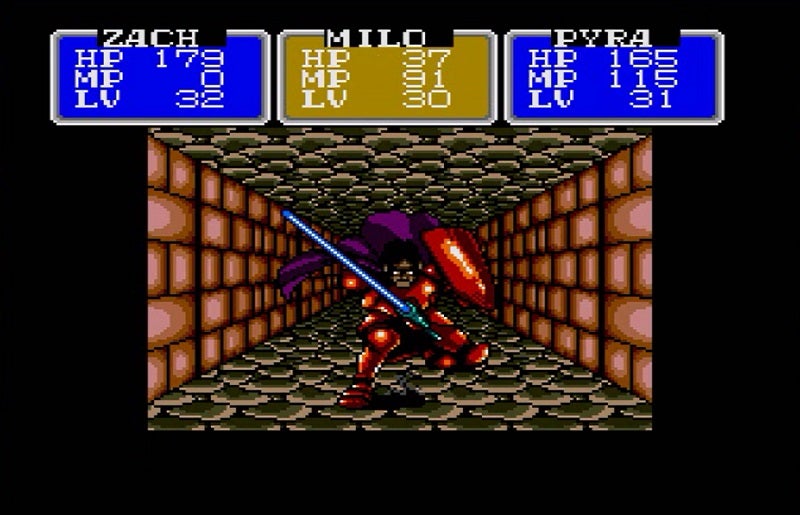 There were so many times I felt helpless when I was originally playing Shining in the Darkness. I was twelve then, so there weren't any FAQs online I could consult. I searched every corner of the labyrinth, even though I had no idea where to go.

I persisted, mainly because back then, I didn't have anything else I could play- any game I bought was going to be it for the next year.

It took me months of levelling to finally be strong enough to overcome the four trials and find Princess Jessa. That forced me to fight the character's father, Mortred. The battle against the dark knight is a tough one. After his defeat, you learn one of the king's advisers, Melvyl, gave him the Darkblade. Melvyl seems like a weak apprentice, but secretly, had been studying the dark arts.

In the game's big twist, he's Dark Sol, and the sword he gave your father corrupted him. Your father is liberated from his curse, but dies from the wounds you inflicted, resulting in a bittersweet victory.

I had overcome the trials by killing the very person I was meant to save.

The most disturbing aspect of the game's narrative is that when you finally confront Dark Sol, he reveals he's been looking forward to the fight because he's been bored. The entire game takes place because no one was left to challenge him. As Soren Kierkegaard once said, "Boredom is the root of all evil." 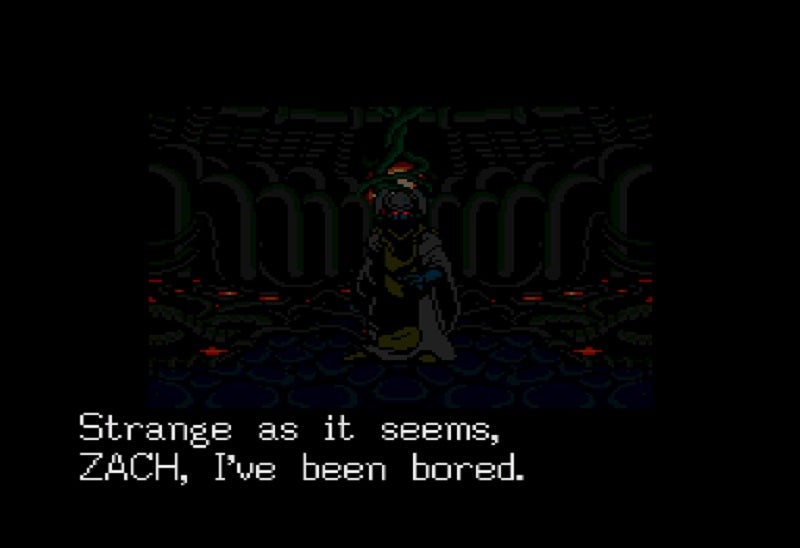 Shining In The Darkness took that to a maddening extreme. It blew my mind that the villain was so refreshingly honest. My twelve-year old brain started wondering to myself, after all that Melvyl had achieved in his path to power and darkness, not to mention the sacrifices he made, the ultimate result was monotony?

He was just too dang powerful. But how had that twisted him? Was his pursuit of that evil ultimately a wry commentary on the meaninglessness of his endeavour?

I was confused, but also a bit irked, and launched a Bolt 4 just to break his arse out of his tedium. With my team leveled up and equipped with the most powerful gear, the battle was almost anticlimactic after the tortuous Labyrinth.

Still, I remember defeating Dark Sol and the camera panning up to an azure sky, the light actually beaming down. A touch melodramatic, but so very satisfying.

It was one of the most proudest moments of my young gaming career. 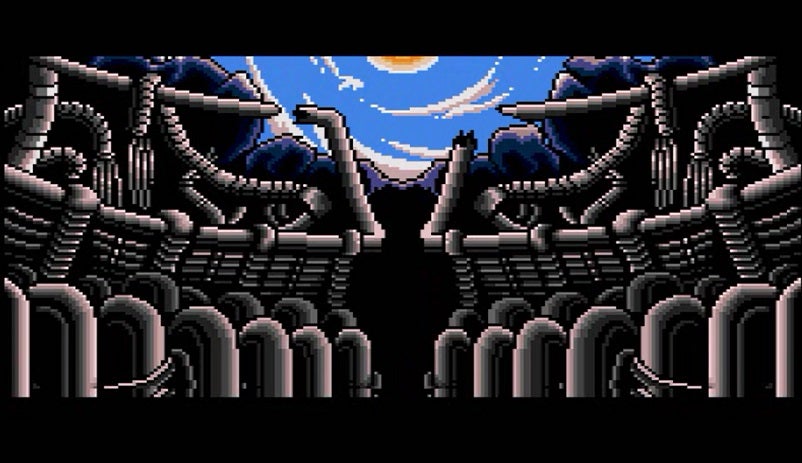 In the final scene of the game, the old wizard closes the book, sits down, and states, "It's sad that I must bid you farewell. But I'm sure we'll meet again!"

Revisiting it all these years later proved the wizard right and reminded me that completing Shining in the Darkness will always have a special place in my heart, not just for its difficulty, but its unique take on JRPGs that are as complex as the Labyrinth at the center of the game.