The annual Awesome Games Done Quick speedrunning marathon kicks off this week at the Hilton Washington Dulles Airport Hotel in Herndon, VA. Speedrunners from a ton of different games will be talking spectators through all of their tricks while demoing their best runs in real time while donations are taken for the Prevent Cancer Foundation.

The event started back in 2010 and has quickly become one of gaming’s yearly highlights. Basically, a bunch of people crowd into a hotel ballroom and play games as quickly as they can while discussing the tricks and glitches they use to do so every day late into the night for an entire week. As audiences and interest have grown, so have charitable contributions, with last year’s marathon raising over $US2 million ($2.5 million), nearly double what was raised the year previous. Since the event goes a week long, with festivities beginning Monday, January 8 at 4:00AM AEDT and running through to January 14, it also features just about every type of game you could imagine, from Burnout Paradise to Star Wars: Jedi Knight – Jedi Academy. 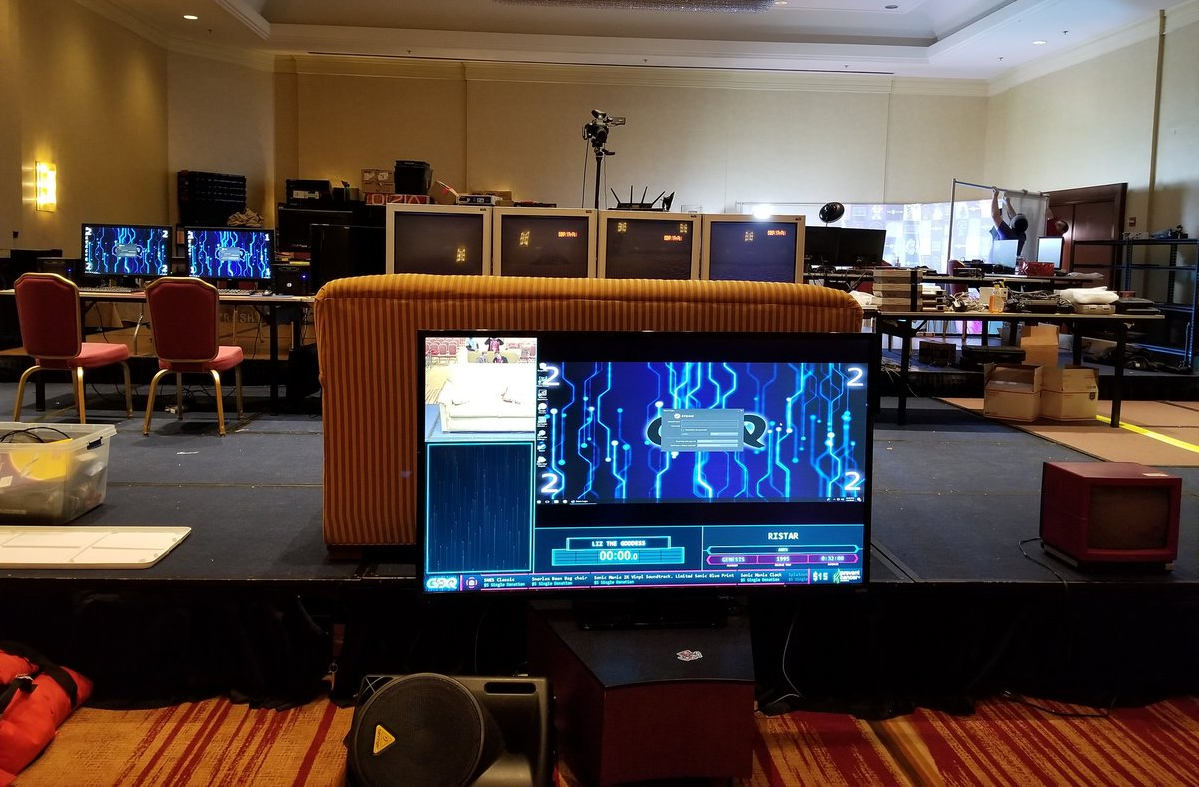 Part of the AGDQ 2018 setup at the Hilton. Image credit: Puwexil, via Twitter

In addition to fan favourites, past Awesome Games Done Quick have also featured games famous for their speedrunning communities, and AGDQ 2018 is no different. The Legend of Zelda: Ocarina of Time, Super Mario Sunshine and Battletoads are all present, along with newer games such as Dishonored, Halo 5: Guardians and Hyper Light Drifter. In addition, this year’s event features games that weren’t even out last time such as, most notably, The Legend of Zelda: Breath of the Wild which will conclude the proceedings on Sunday afternoon.

Some games, such as the latest Zelda, are a shoe-in due to popularity and speedrunner interest. But others, such as Tintin in Tibet, only make it into the lineup after a handful of people devoted to the game make their case for it by setting aside countless hours racing through it and demonstrating why it’s worth showing off. In addition to being a sort of gaming concert then where people show off and perform, AGDQ is also a curation of some of the most interesting discoveries and world records set during the previous year.

A complete breakdown of all the speedruns and their estimated start times and lengths can be found on the Awesome Games Done Quick website. As organisers of the event have noted, however, the schedule is subject to change so be sure to check the site for any updates.

All of the runs will be broadcast live in the Twitch stream below, but you can check the YouTube archives for anything you might have missed.