Minecraft Dungeons Is Getting Turned Into An Arcade Game

Alto’s Odyssey Is A Sequel That Was Worth Waiting For

altos odysseyendless runnerkotakumobilemade by snowmansequelsnowman
To sign up for our daily newsletter covering the latest news, features and reviews, head HERE. For a running feed of all our stories, follow us on Twitter HERE. Or you can bookmark the Kotaku Australia homepage to visit whenever you need a news fix.

Originally planned for release last winter, Alto’s Odyssey took its sweet time getting here, but the agony of seven months of additional waiting melt away as soon as the board hits the sand.

Every aspect of the original game that made it so easy to lose oneself in is expanded upon. The new setting is actually a series of different locations – a jungle temple, a sandy desert, rocky cliffs – that transition seamlessly as the player rides. New environments and weather effects give the game’s stark, beautiful style a chance to experiment with colour and light. Instead of the single song that played endlessly through the first game, the music in Odyssey shifts with the scenery. One moment it’s playful and bubbly. The next it’s dramatic and driving.

There are new obstacles and hazards for Alto and his friends to navigate on their downhill journey. Plunging into deep pools of water can slow progress, while riding on rapid rivers has the opposite effect. Vines snap if they’re ridden on for too long. Hot air balloons and dust devils provide extra lift. A new wall-riding feature allows the riders to slide across the faces of sheer cliffs. What makes all the new stuff work so well is that nothing was added that sacrifices the simplicity of the original. It’s still a one-finger show – tap to jump or wall ride, hold to flip. Easy peasy.

And while the locations might be new, the riders play the same. Alto is still a well-rounded boarder, with average flipping and riding speed. My favourite rider, Maya, is still a speedy, flipping machine. We’re taking old friends new places here. 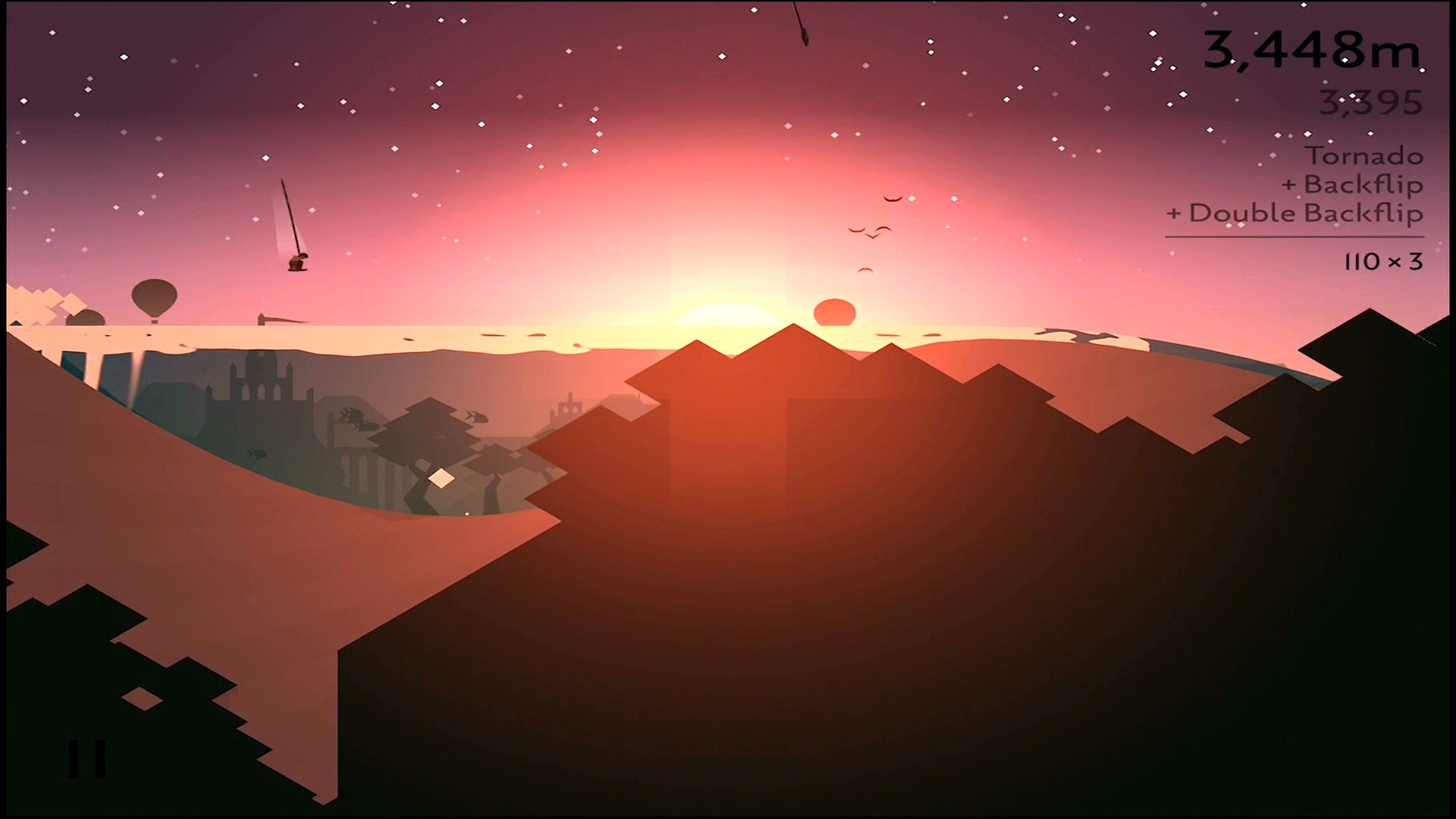 I called Alto’s Adventure an “endless runner without all the crap”. As inelegant as that may be, it holds true here. Alto’s Odyssey has none of the annoyances of its free-to-play cousins. No ads, no in-app purchases, no spending gems or coins or whatever to continue. Just an endless ride through a beautiful place with now-familiar friends. Alto’s Adventure used to be the first game I loaded on a new mobile device. Now it will have to settle for second place.

Alto’s Odyssey is now available for $7.99 on iTunes for the iPhone, iPad and Apple TV.