Two years ago, as part of 75th anniversary celebrations for Captain America, a quintet of Marvel mobile games introduced special alt-reality Captains America. Most of them were fine, but the true standout was Marvel Puzzle Quest‘s Captain Peggy Carter – and years after her video game debut, she’s finally getting a comic book appearance.

That appearance will be brief, however – it’s not a full-on miniseries for the alternate Cap, but a guest appearance in Saladin Ahmed and Javier Rodriguez’s delightful-sounding new Exiles series, which already has us excited for its Sarah Connor-esque Kamala Khan and its Ragnarok-inspired Valkyrie.

But Marvel’s recent May solicits release for Exiles‘ third issue recently confirmed that the reality-hopping team will find themselves on the Earth of Puzzle Quest‘s Peggy, helping her fight back against the Red Skull’s chilling rule. 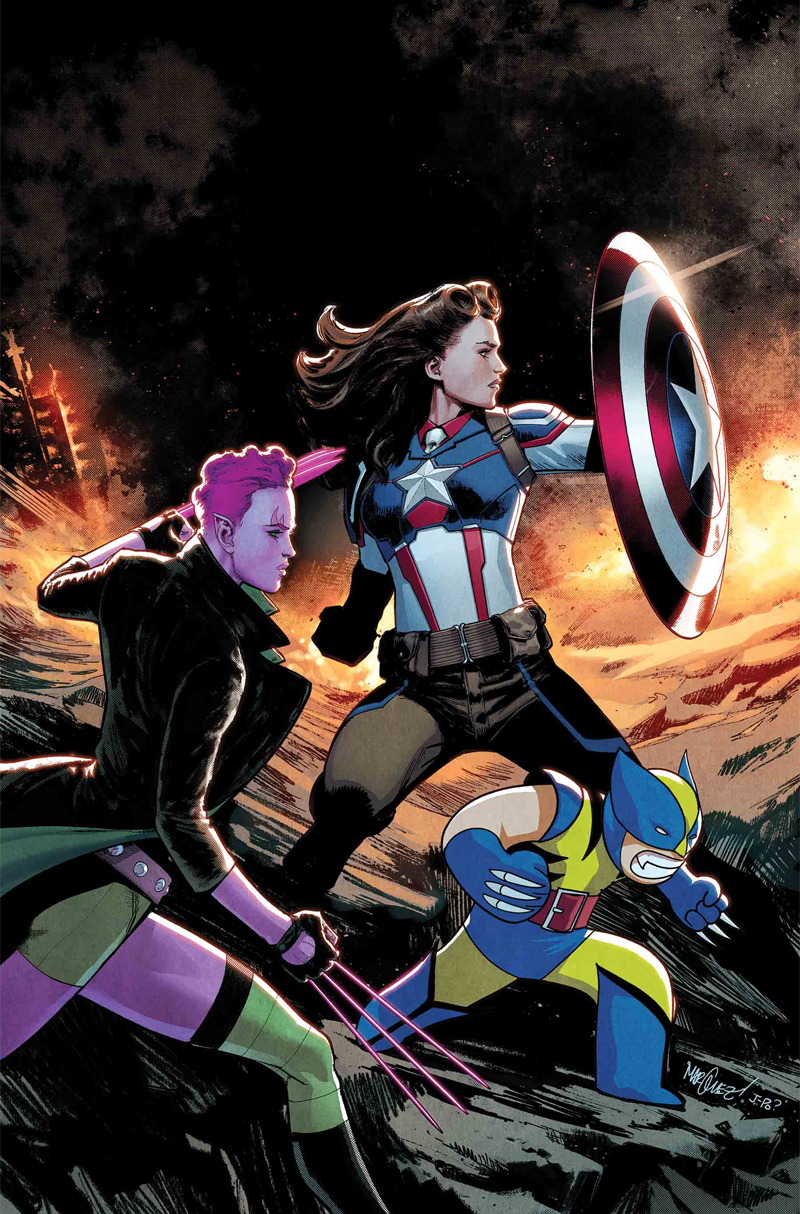 It’s delightful to see Exiles going above and beyond, plucking its alt-reality adventures and motley characters from unexpected places, even before the series itself kicks off.

But now that Captain Carter has made her leap from video game unlockable to actual comic book character… can we get that eternally ongoing comic I asked for when she was first revealed back in 2016? Pretty please? And just more Peggy in all things?