dissidia final fantasy ntdissidia final fantasy opera omniafinal fantasyfree-to-playios
To sign up for our daily newsletter covering the latest news, features and reviews, head HERE. For a running feed of all our stories, follow us on Twitter HERE. Or you can bookmark the Kotaku Australia homepage to visit whenever you need a news fix.

Dissidia Final Fantasy NT for the PlayStation 4 is a competitive real-time action game in which two teams of three players each do battle with an assortment of Final Fantasy characters. Dissida Final Fantasy Opera Omnia, NT’s mobile counterpart, is a just a regular old turn-based RPG.

Characters from throughout Final Fantasy history converge in a strange pieced-together world, joining forces to battle a mysterious evil that’s opening up monster-spewing portals across the land. Vivi, Sahz, Cloud, Tifa, Y’shtola, and a whole host of fan-favourite heroes form up in teams of three to tackle foes in turn-based fashion. 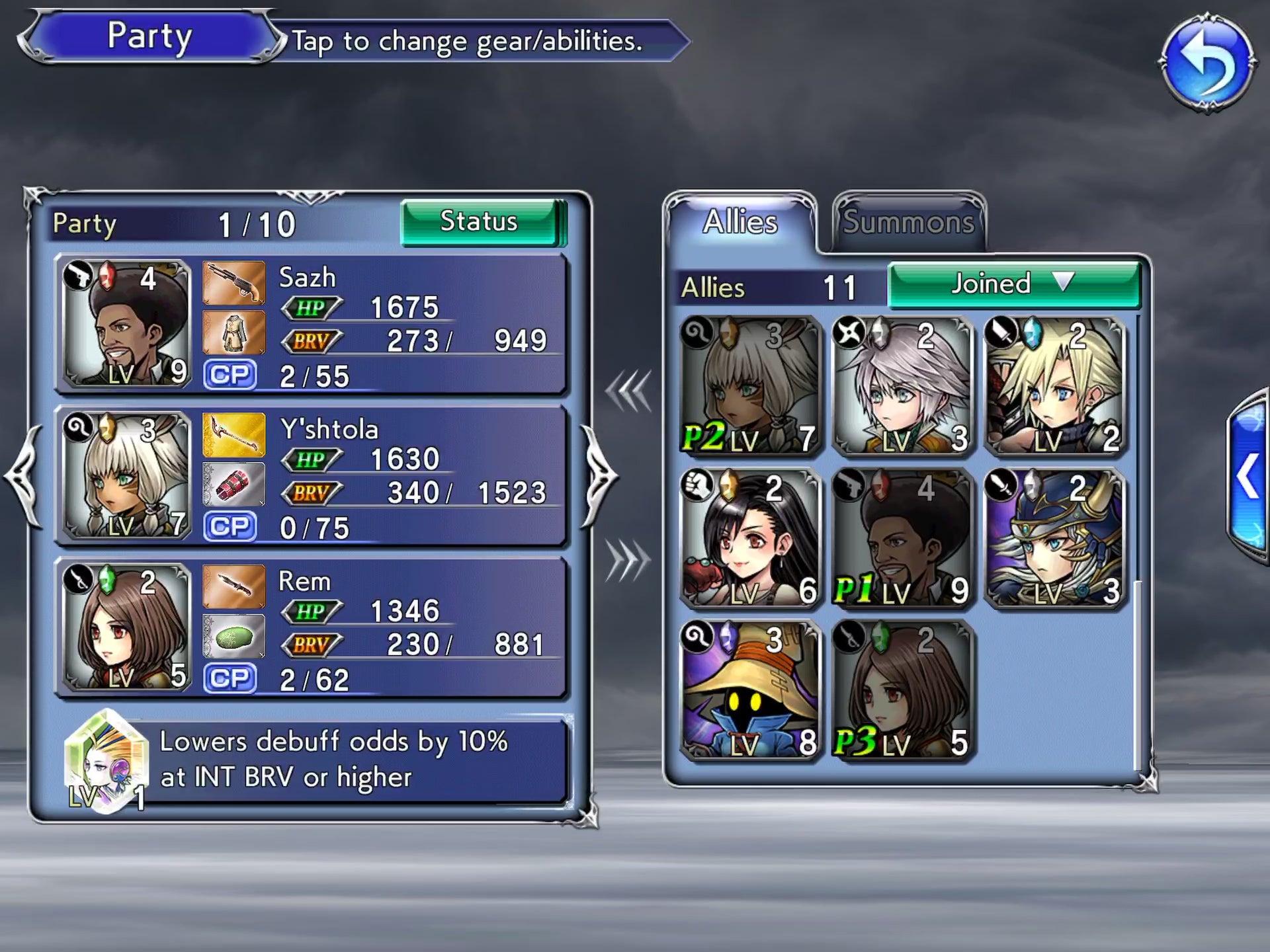 Battles are basic turn-based affairs with a Dissidia twist. Attacks are split into two categories – bravery attacks and HP attacks. To damage enemies players must use bravery attacks to build up power and break creatures’ defences. Once a creature is broken, players use HP attacks to go in for the kill. The system mimics the basic mechanic of the action-based PS4 Dissidia. It’s a little odd, but it works.

Dissidia Final Fantasy isn’t a particularly greedy free-to-play game. Players can use crystals to purchase weapons and armour, which can be upgraded and evolved in gacha game fashion, but the game is pretty generous in just handing out currency as a reward. Like the headline says, it’s pretty chill. Just kicking back, enjoying some turn-based fighting, listening to some Final Fantasy tunes while Zidane does his thing. 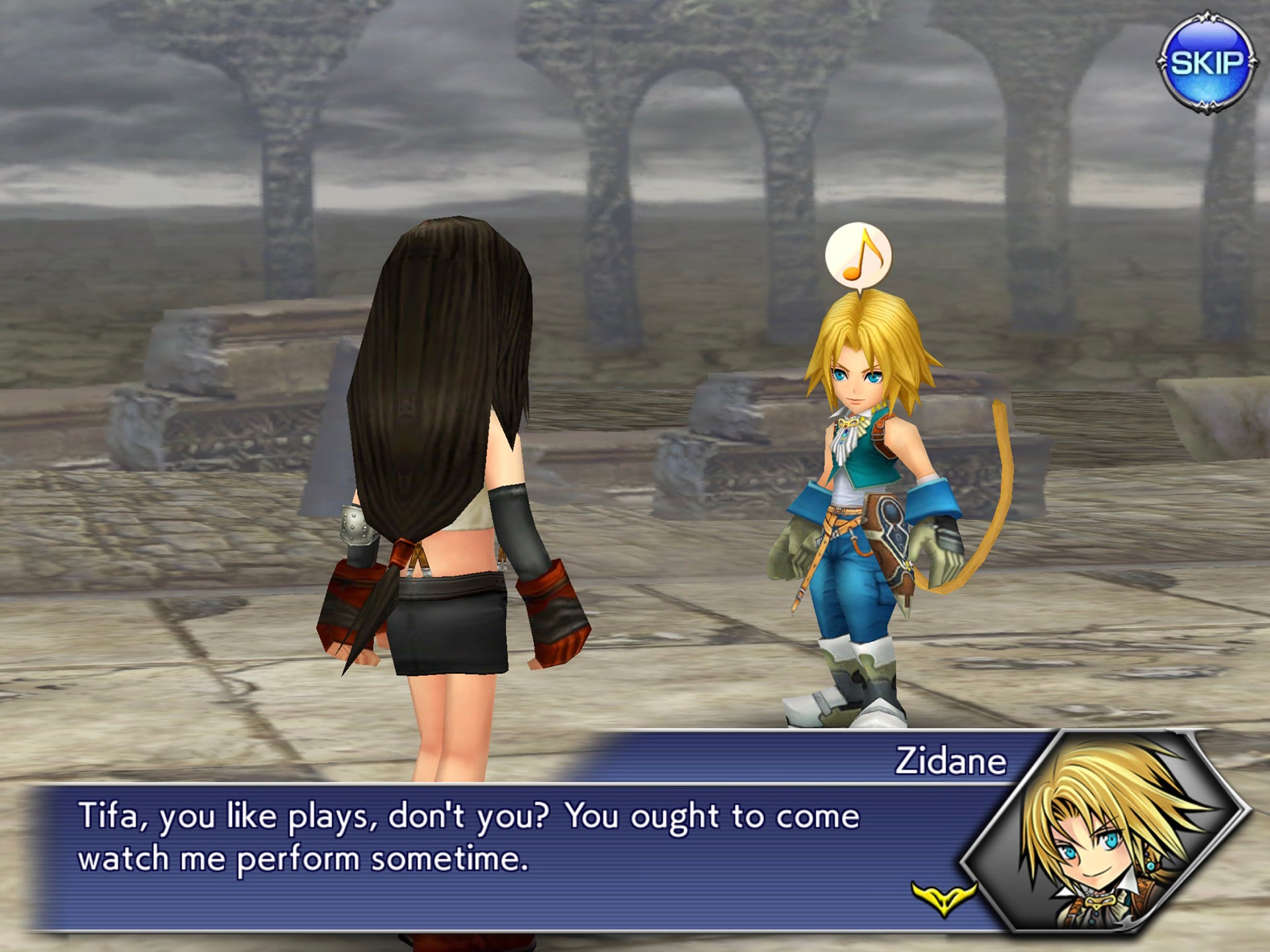 Zidane is a dog.