The level scenery seems to be recycled from the game’s existing Wakanda assets.

I don’t expect much from a $4.55 piece of LEGO game DLC. A few extra characters, a 10-minute mini-adventure – that’s par for the course. But I don’t think it’s too much to ask that a pack timed to the release of one of the most exciting movies of the year at least lets me battle a named villain. 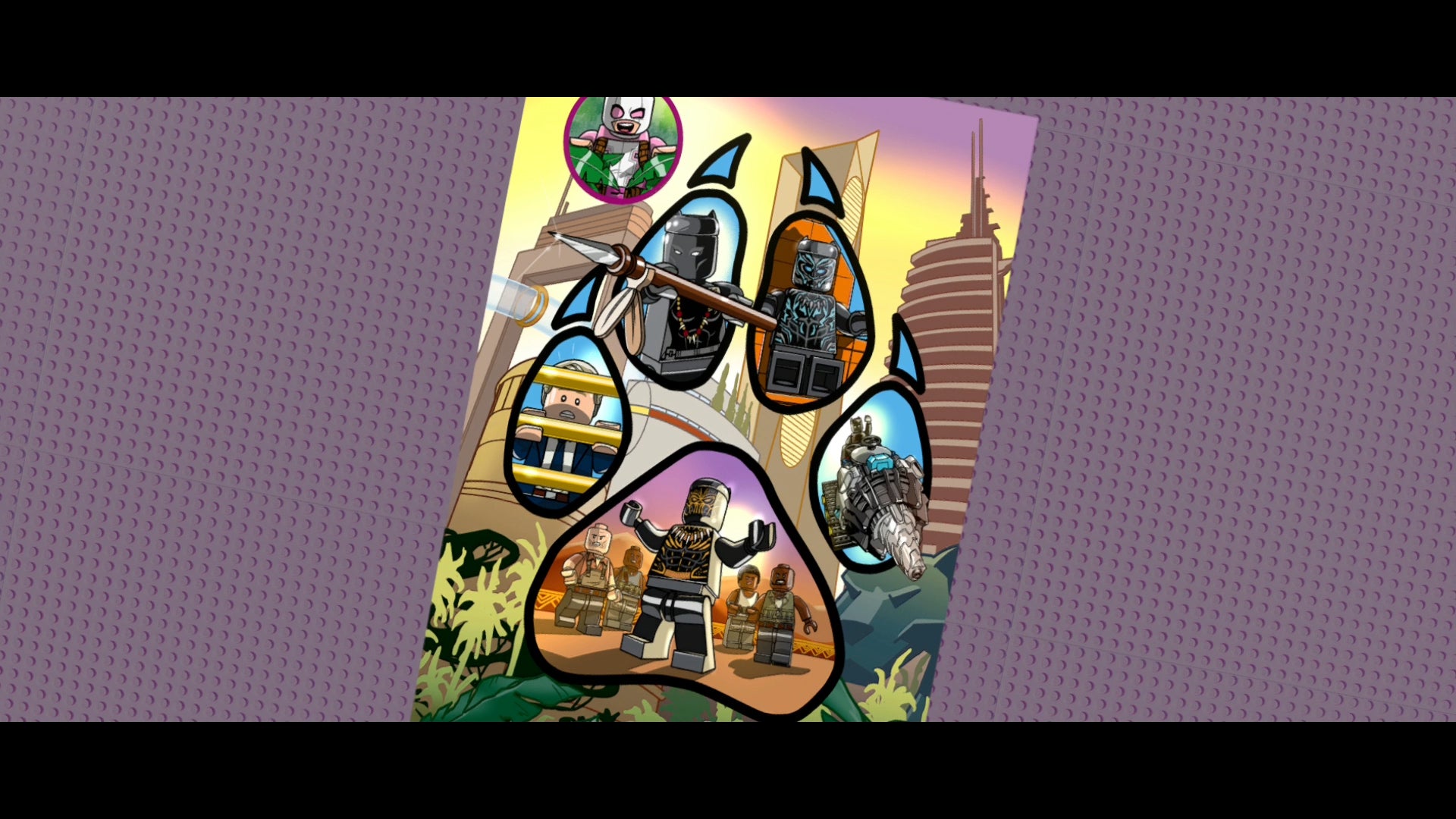 The level opening, narrated by Gwenpool, who is not annoying at all.

That doesn’t happen here. Black Panther and his sister, Shuri, must activate three communication towers in order to access the drill vehicle that will carry them to Ross’ rescue. There’s some platforming, some button pushing, and a couple of battles against generic thugs. A mechanical rhino makes an appearance, but it isn’t really a fight – it’s just there to knock down the rocks keeping our heroes from the drill tank.

And once the drill is reached, that’s it. A bit of art, some more Gwenpool narration, and it’s all over. 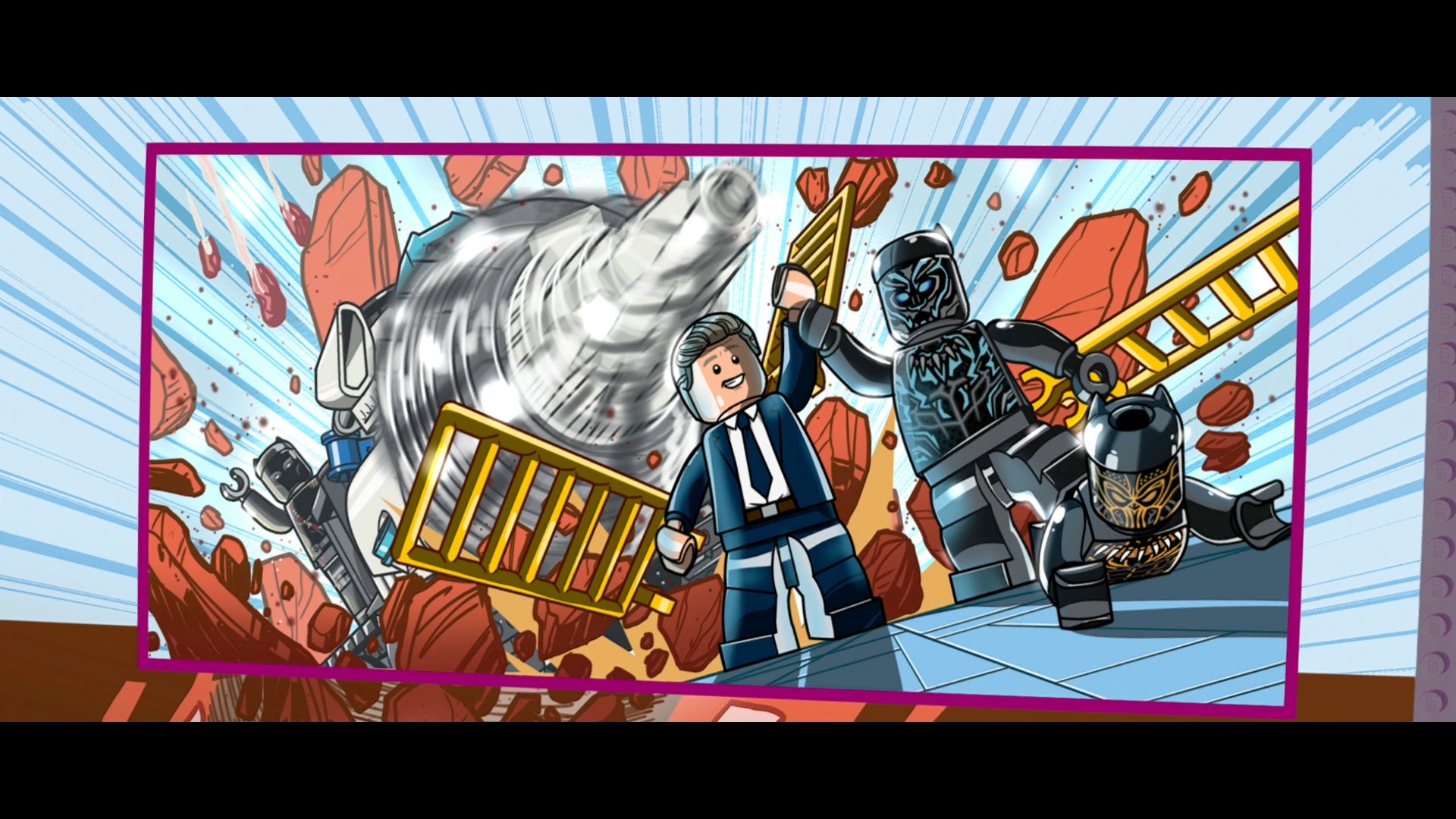 Griping over a very small piece of DLC might seem petty, but I know TT Games can do better. The Guardians of the Galaxy Vol. 2 DLC for LEGO Marvel Super Heroes 2 was outstanding. That was an entertaining 10 minutes. This is not.

As I said, the DLC is only $4.55, or free with the game’s $22.95 season pass. It adds six more characters to the main game’s roster as well – Black Panther (Vibranium Suit), Okoye, Nakia, Erik Killmonger, Ulysses Klaue and Everett K. Ross. It just doesn’t add a lot of excitement. I guess that’s what the movie is for.