GTA Online Updates Turn Its Timeline Into A Mess

GTA Online might exist in a strange sci-fi scenario where different eras of time all exist at once. It is a timeline that suggests characters are dead and alive, and buildings are destroyed yet still standing. After years of updates, GTA Online makes no sense.

Before GTA 5 launched, Rockstar described GTA Online as a prequel, where the story is set a few weeks before the events of GTA 5. Initially this framework worked fine. Rockstar even sprinkled some subtle connections between GTA Online and GTA 5. For example, in one GTA Online mission, players exit a facility via an underwater tunnel, and this also appears in GTA 5. In GTA 5, however, this tunnel is barred off, suggesting the passage of time.

Another important piece of evidence: The private military corporation, Merryweather, operates throughout San Andreas in GTA Online missions. But after the events of GTA 5, Merryweather has been banned from operating on US soil. Details such as these all point toward a simple timeline – GTA Online happens first, GTA 5 comes second.

Things get messier when you think about the details, though.

In GTA Online, players can see posters and T-shirts referencing a movie made by GTA 5‘s Michael. Players can even watch the film in theatres found in-game. This film can’t exist in the GTA Online timeline, however, as it wasn’t finished until the end GTA 5. Another subtle sign of a more complicated timeline can be found on the GTA Online radio, which should only be able to play songs from before 2014. Recent updates, however, have added tracks from 2017. Considering GTA Online and GTA 5 were set in 2013, this shouldn’t be possible. 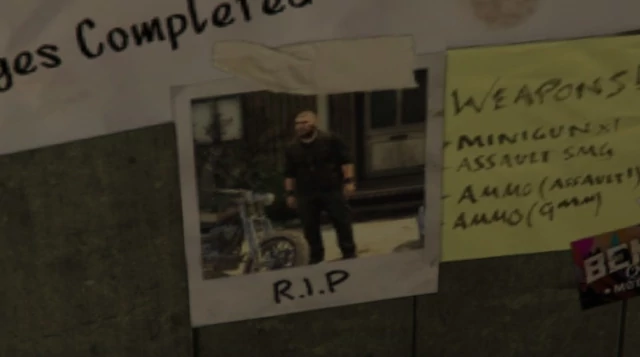 Noticing these elements might feel like nitpicking, but they have continued to pile up with GTA Online‘s constant updates. As a hardcore GTA fan, the chronology has become hard to ignore, especially given that this is a franchise known for including finer details. In the Bikers update, for example, you can see a picture referencing the death of Terry Thorpe, the biker who Trevor kills in GTA 5. According to the timeline, Terry should still be alive and well in GTA Online.

Here’s another one: In a cutscene early on in GTA 5, Lester mentions that nobody has ever successfully robbed the Union Depository or even tried. However, in a GTA Online mission players actually help a crew rob the Depository in armoured ramp cars. So either Lester never heard about this huge heist happening a few kilometres from him at the place he has always wanted to rob or this is another inconsistency in GTA Online‘s timeline.

The recent Gunrunning update, released in 2017, has made it even harder to figure out the GTA Online timeline. At one point, Agent 14, the person in charge of the gun running missions, calls the player and says the current year in GTA Online is 2017. This would suggest that Rockstar has moved the GTA Online timeline forward. Agent 14’s dialogue, “Yeah, I can’t believe either,” even seems a bit meta.

However, moving GTA Online forward in time still doesn’t solve everything. At the end of GTA 5, which takes place in 2013, players have three options.

Option one is kill Trevor; option two is kill Michael; and option three is kill the bad guy, Devin Weston. In the Smuggler’s Run update, players meet Ron, Trevor’s former friend and partner in crime. When players first encounter Ron, he explains that Trevor is in Los Santos now, doing yoga and ignoring him. Considering the update before this, Gunrunning, claims GTA Online happens in 2017, it can be assumed that Trevor still lives in 2017 and has stopped hanging out with Ron. This dialogue removes an entire ending from the canon, which seems like a big change to make with a quick line of dialogue not all players might see.

Beyond that, there are a number of smaller problems with moving the timeline forward. Characters who die in GTA 5 still appear GTA Online, which is weird now that we know GTA Online is four years later that GTA 5. GTA Online‘s radio and TV still have ads for an upcoming election, even though many years have passed. A casino located in Los Santos is still closed, even though it has had a sign on the front claiming it will be opening soon for years now. 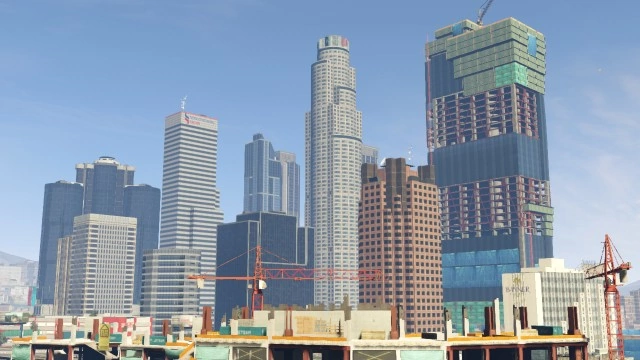 Nearly every theory that tries to explain all of this has holes. All the same, fans across Reddit and the GTA Forums have spent a lot of time trying to figure out how GTA Online and GTA 5 fit together. Some believe the timeline splits and GTA Online is an alternate history. Some have suggested GTA Online is moving forward in time, just like players are in real life. But none of these theories are perfect or answer every question or solve every contradiction.

Maybe the reason GTA Online and GTA 5 are so different now is because they are totally separate universes? Rockstar has confirmed there are different universes in GTA, so there is some precedent for a multiverse. The most popular theory, however, is that GTA Online started out as a prequel to GTA 5 and over the years it has morphed into a sequel.

While sound in theory, the world of GTA Online hasn’t changed to reflect this. The world of GTA Online has largely remained static, with movie theatres showing the same films over the last four years and projects remaining in eternal limbo. The skyscraper is still being built, the same ads still play on TV. Characters that died in 2013 can still call and text you while you are working on missions that take place in 2017. GTA Online is like a weird sci-fi world where two different eras of time exist in the same place, creating paradoxes and anachronisms.

Or maybe I’m thinking about all of this way too much.