Make Your Own Nintendo Switch With A Raspberry Pi 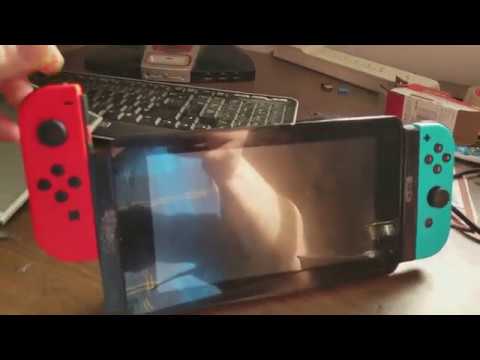 Image: Christopher Foote / YouTube
To sign up for our daily newsletter covering the latest news, features and reviews, head HERE. For a running feed of all our stories, follow us on Twitter HERE. Or you can bookmark the Kotaku Australia homepage to visit whenever you need a news fix.

Sure, it’s easier to buy a Switch. And that’s cool. But there are people who, given a Raspberry Pi, a 3D printer and a stick of chewing gum, are going to build their own facsimile running emulation software so they can play whatever they like. Christopher Foote is one such person. The fruits of his labour: the “PiSwitch”.

To be honest, from a distance, you could very easily mistake it for a real Nintendo Switch. The biggest issue is that it won’t play Switch games, instead resorting to RetroPie — a combination of Raspbian, EmulationStation and RetroArch — for its gaming credentials.

Inside the device’s 3D-printed chassis is a Raspberry Pi 3 and an Adafruit PowerBoost 1000C for a power supply. There’s also a bunch of wires and other bits and bobs, but you probably guessed that.

Now, Foote has an Instructibles page up to show you how to make your own, but let’s face it, if you don’t know your way around a soldering iron, you’re going to be disappointed.

Which brings us back to the happy fact you can, you know, just buy a Switch. Not to take anything away from Foote’s efforts, of course.