This week, PlayStation 4 owners will get the chance to play a remastered version of Shadow of the Colossus, widely regarded as one of the best video games ever made. From a narrative and presentational standpoint, what makes Shadow of the Colossus great is how it subverts almost everything from the genres it lives in.

In case you haven’t played game designer Fumito Ueda’s 12-year-old classic, it starts with a young boy journeying through a medieval fantasy landscape. The environs are beautifully pastoral but subtly foreboding, too. After entering a massive, church-like structure, the boy places the lifeless body of a young girl on an altar. A disembodied voice tells him that he’ll need to slay the massive creatures that roam the realm if he wants to resurrect the girl.

Shadow of the Colossus is light on story; it’s more of a mood piece that sets players on the hunt for those gigantic lifeforms filled with eldritch energy. As far as gameplay goes, the notable thing about SotC is that there’s none of the busywork that makes up the bulk of a typical video game experience. No hordes of lesser enemies to smash through, no sidequests to scrounge for. Each battle with the Colossi is a solitary meditation, a protracted struggle that combines reflexes, puzzle-solving, and an intense marshaling of sheer willpower. 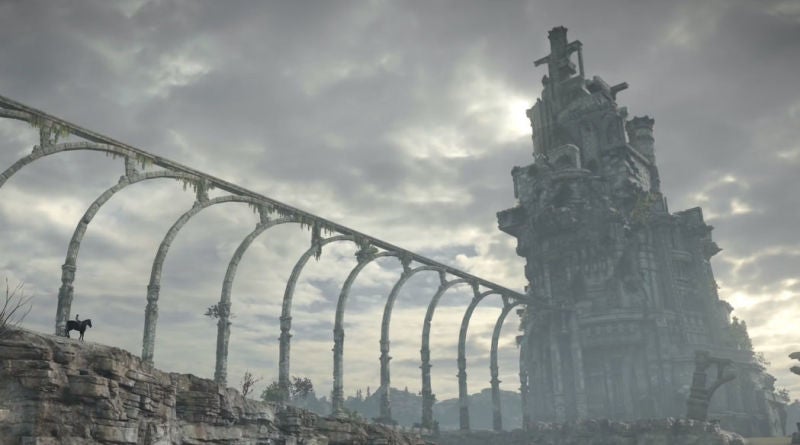 Much of Shadow of the Colossus feels straight out of a Grimm fairy tale. The girl could be a princess and the boy a prince. He wields a sword of light and wanders on horseback in search of the magic to bring a loved one back to life. The Colossi feel like forces of nature and the battles against them are so hard that it seems like a happy ending must be predestined. Traditional fables and fairytales end with a moral that uses the story’s events to impart a life lesson to the audience. For example, with “The Fox and the Goat”, it’s look before you leap.

Shadow of the Colossus teaches a different kind of moral, one focused on the advantages and dangers of using frustration as fuel. At some point, the boy’s fearsome single-mindedness becomes the player’s, and the only thing that matters is making the giant beasts fall. But Shadow of the Colossus‘ ending is still shocking more than a decade after the game first came out, because it makes players reconsider the moral axis of their actions. As the dark energies that the boy has been absorbing transform him into a different kind of shadow giant, he all of a sudden seems more monomaniacal than brave, more selfish than altruistic.

All the player can do is rage, bashing fists against the people who’ve come to reckon with him. You wind up powerful but cursed, locked in place with a horrific fate. It’s a cautionary tale about the perverse nature of obsession and infatuation, something that most people couldn’t have guessed when they first start playing. When the very final piece of story plays out, it’s more remarkable because the main actor has been shuffled off the stage, and Shadow of the Colossus‘s ultimate meaning becomes apparent: The cycles that empower us can also destroy us, and our most vital work is figuring out when the right time is to break free.