This Week In Games: Into The Indies

For weeks I’ve been hearing about a game that is supposedly the shit. Literally every word I’ve heard has been nothing but high praise, which has been frustrating because I haven’t been able to play it, and it looks precisely like everything I’d want.

That game is Into The Breach, the latest game from the makers of FTL. It’s out on Wednesday, followed by a bunch of interesting indies ranging from top-down shooters to ninja simulators to indigenous adventure games and even a game about … morse code.

Here’s the bulk of what’s out this week. A lot of the larger releases are dropping next week – see Final Fantasy XV on PC – but for now, it’s all about the indies.

On the VR side, Moss is the big release for PSVR. Tim Paul spent some time with it recently, so rather than show you a trailer you might as well check out the gameplay proper below. 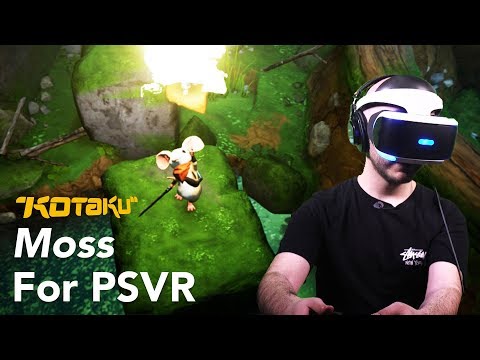 We Played Moss For PSVR

As for what’s new, Gravel looks a touch reminiscent of the arcade racing parts from the DiRT games.

Mulaka is a game based on the indigenous culture of the Mexcian Tarahumara tribe. It’s more mechanically involved than, say, Never Alone, with a neat low-poly visual look and a combination of third-person boss battles, crafting, puzzle solving and platforming challenges.

If you missed Subsurface Circular last year, you can grab it on the Switch this week. It’s a narrative game from Mike Blithell, the maker of Thomas Was Alone and Volume. It’s effectively a graphical text adventure, where you try to uncover a conspiracy by talking to other robots while travelling on a subway system.

To finish off, Go Morse Go! is a game where up to four players basically race to spell out letters in morse code. It looks like a neat party game, actually.

But let’s not forget: Into The Breach. Jason has more below.

The Next Game From The Makers Of FTL Is Brilliant

Into The Breach, the next game from the creators of FTL, is sort of like a cross between XCOM, Advance Wars, and FTL itself. But maybe it's best described as beautiful kaiju chess.

So that’s what’s out this week. Anything catch your eye?