A Way Out Is A Must-Play 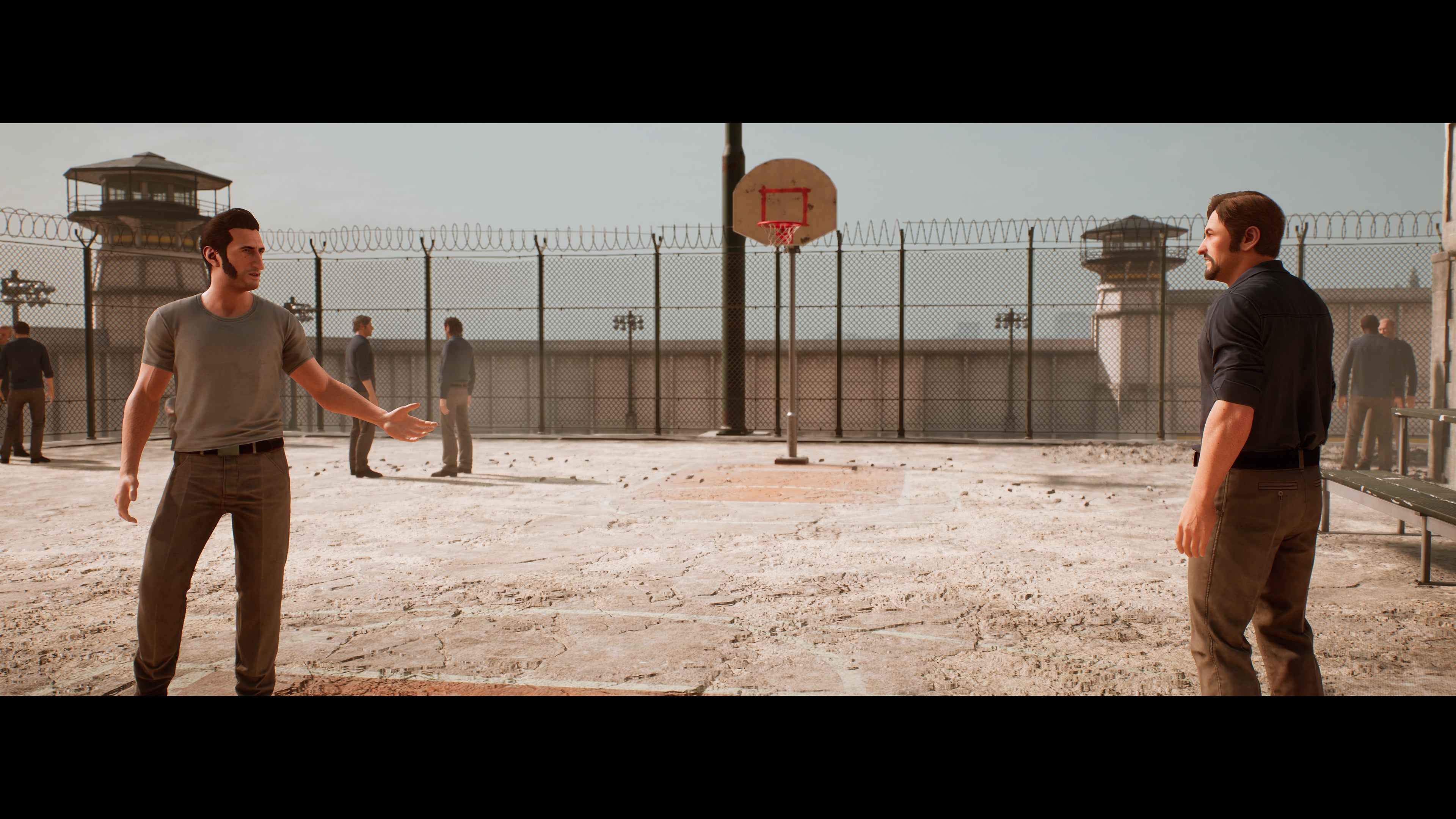 The co-op prison break game A Way Out dropped yesterday, and it's a marvel we'd recommend to any two people who are up for playing a six-hour game together. We highly recommend you go into it blind, just knowing that it's an adventure made for two players and does some smart, creative things. If you need some convincing, here's some impressions from the two staffers who played, and loved, it.

Gita: A Way Out broke my goddamn heart. It's a smart, taut game that constantly surprised me in its presentation and gameplay. It also has a surprising ending that feels like a punch in the gut. Playing this with a close friend was an incredible bonding experience, one I won't soon forget. Since I've finished the game I've wanted to just go up to people on the street and scream at them to play this game. Here I am, screaming: Play this game. But please, please don't read anything about it until you finish it.

Heather: I was hooked, right from the moment my character was taken through prison intake while Gita's character wandered the prison yard. Everyone else at Gita's apartment was hooked, too. Her roommates gathered around to watch the story as if it were a gripping season of television that we all needed to binge watch together. We escaped prison, got into a car chase, played a board game, and had touching moments with our family even though we were on the run.

Each beat, each moment, was expertly presented and edited tightly. And when we reached the end, we were speechless. This might seem like gushing praise. That's because it is. A Way Out is the kind of game you play to show your non-game playing friends what games can do. We can't recommend it enough.