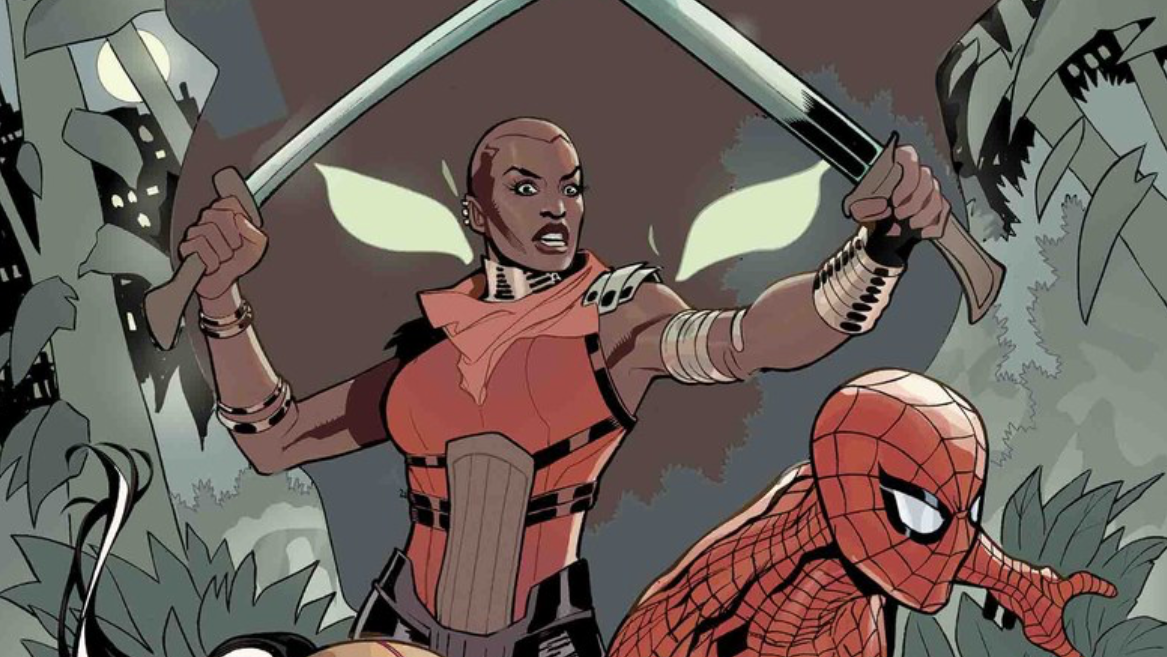 In time-honoured Marvel tradition, the breakout stars of the studio's most recent blockbuster success - Black Panther's Dora Milaje - are getting their own spin-off comic book. Oh, and Peter Parker's tagging along.

The cover of We Are Wakanda: The Amazing Spider-Man #1. Illustration: Alberto Jiménez Alburquerque and Terry Dodson (Marvel)

This June, the leaders of the Dora Milaje rebellion will journey to New York City and team up with Spider-Man in Wakanda Forever: The Amazing Spider-Man, a new, three-part series penned by Nnedi Okorafor with illustrations from Alberto Jiménez Alburquerque and Terry Dodson.

Speaking to Vogue, Okorafor explained that when we meet the Doras in Wakanda Forever, they have completely severed their ties to the Wakandan throne and for the first time are operating as an independent unit of heroes. In this new story, Okorafor said, we'll see Ayo and Aneka grow and evolve in new ways that define the people they're becoming:

I'm always interested in a challenge, so writing a narrative where it doesn't feel heavy-handed but I can develop the characters through little subtle things [creates] my favourite moments. You feel that you can relate to these characters, and feel they are real, not just iconic, but also human.

Okoye, Ayo, Aneka and the Dora Milaje meet the Marvel Universe in WAKANDA FOREVER, a three-part story written by @Nnedi that will run across three one-shots, all sporting covers by @TerryDodsonArt. First is June's AMAZING SPIDER-MAN: WAKANDA FOREVER, with art by @ajalburquerque. pic.twitter.com/WVKfkerhnE