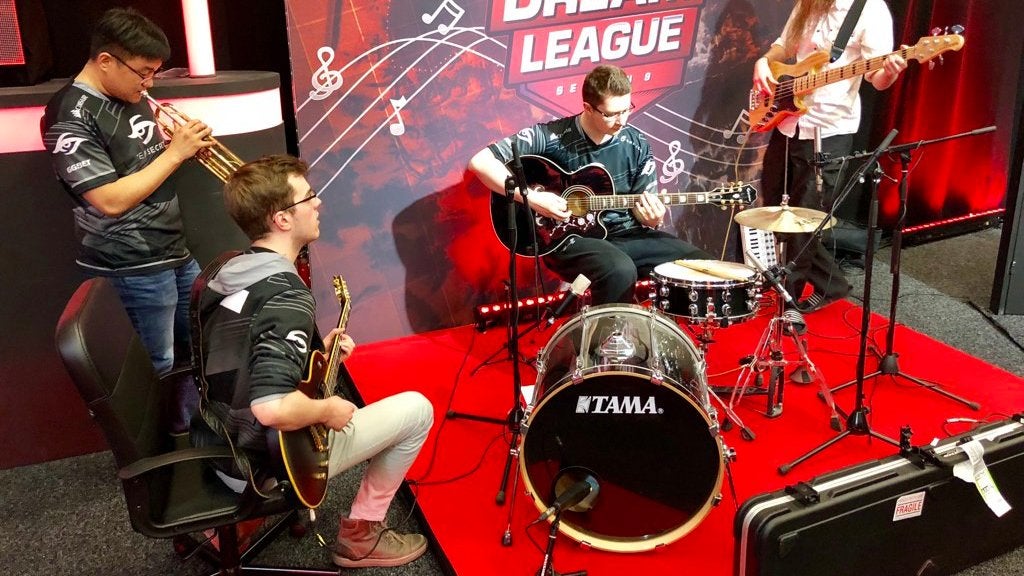 Team Secret entered today's DreamLeague grand finals off an undefeated run through the winner's bracket. In a final series against Fnatic, Secret kept the streak alive, and celebrated with a little music.

Secret has held a high spot in the Dota 2 pro circuit for most of the season so far, and a win today meant being just a few more circuit points away from an assured invite to The International 2018. Fnatic is no slouch of a team, boasting strong players like Saahil "Universe" Arora and Jacky "EternalEnvy" Mao, but Secret were the better squad today.

In the course of three games Team Secret steamrolled Fnatic, making few unforced errors or mistakes. While games 1 and 2 had a little trading of blows before the inevitable swing towards Secret, game 3 was a mess.

Fnatic players were getting picked off left and right, and Secret captain Clement "Puppey" Ivanov kept the gold flow climbing using his Bounty Hunter's "Track" ability. At one point, support player Yazied "Yapzor" Jaradat dove into Fnatic's base just to pick off Mao's Gyrocopter, an emphatic punctuation mark on the day's events.

In a post-game chat with the DreamLeague commentators, host Sheever encouraged the team to play a jam session. The tournament had a musician on stand-by for occasional segments, and she goaded some of the players to pick up the instruments. The ones who did were not superstars.

It was a deflating end, until pictures surfaced on Team Secret's Twitter showing Ivanov and Marcus "Ace" Hoelgaard sitting down for a jam session after the cameras turned off.

Now judging from my own home-taught guitar experience, it looks like these two at least somewhat know their way around a fretboard. There's also some footage out there of Ivanov playing drums and guitar, just fooling around with chords and scales.

Yet the only footage I could find of this particular moment was in Sheever's Instagram stories, locked in the fleeting, temporary realm of social media. We'll have to keep waiting for a true follow-up to Straight From The D.P.C.