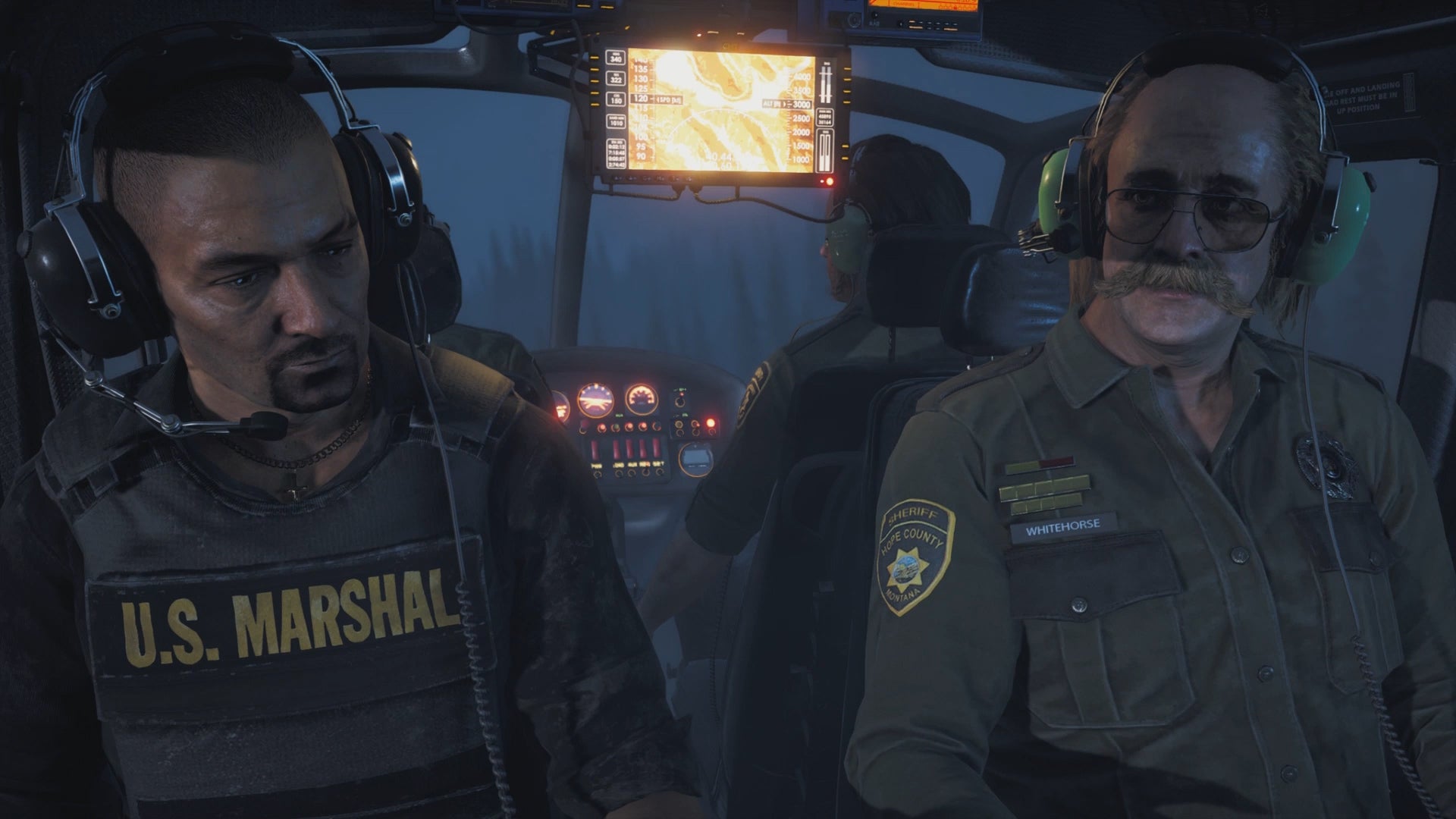 This secret is neat, and you can experience it in the first 15 minutes. Spoilers.

Far Cry 5 takes place in the fictional Hope County, a small town in Montana led by cult leader named Joseph Seed. You play as "The Deputy", a cop who is heading into town to hopefully arrest Seed. Far Cry games are usually big sandboxes that throw you into an interesting setting for wild gun fights, and 5 is no exception.

According to this video from Eurogamer, when you initially roll up to Seed's church and are prompted to arrest him, you actually have the option not to do it. If you wait a few minutes, the Sheriff will call you off, and you'll all leave the church, the Sheriff saying, "You put those cuffs on him, none of us get out of here alive." Take a look:

Far Cry 5's hidden ending might sound familiar for anyone who played Far Cry 4's, a game that also pulled the same stunt. In that game, at one point the villainous Pagan Min tells you to sit tight while he handles some business. Most players take this as an opportunity to escape his mansion and explore the environment, but if you wait, he actually comes back, allowing you to end the game early with his assistance. Far Cry 5's secret ending follows that kind of thinking.

If you want to see how Far Cry 5 plays out if you do arrest Seed, we played through the first hour of the game, which you can watch below. Trying to arrest a leader of a doomsday cult that's been stockpiling weapons goes about as well as you'd expect.