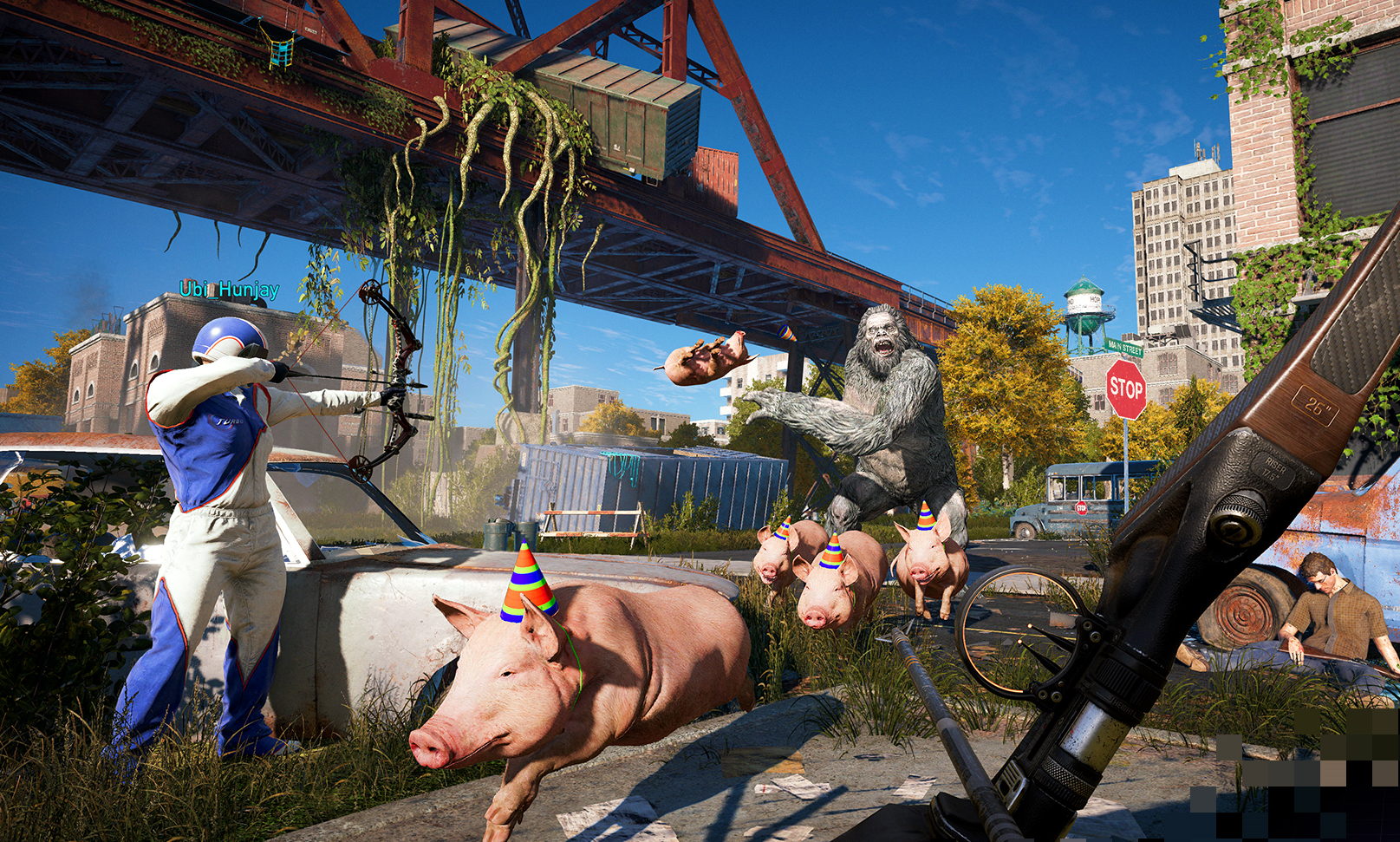 The makers of Far Cry 5's map editor are hellbent on giving the game a long and ridiculous life beyond its single-player campaign.

Ubisoft is calling the tool Far Cry Arcade. A new company blog post indicates that it will include approximately 7000 different objects players can use to create new levels, some of which will be borrowed from Watch Dogs and Assassin's Creed 4: Black Flag as well as previous Far Crys. So there will be Midwestern religious fanatics but also Martian arachnids and Yetis. The Ubiverse is upon us.

The main series has had map editors going back to Far Cry 2 (first introduced in the 2005 spin-off Far Cry Instincts), but nothing this ambitious. Rather than just be reachable through the game's main menu, Far Cry Arcade will be incorporated into Far Cry 5 proper by way of arcade machines littered about the map and posters, both of which will be entry points for people looking to try out new activities and modes created by other players. Here's how Ubisoft describes it in the blog post:

Walk up to an arcade machine in a bar, for example, and you can jump straight into Far Cry Arcade, check out the latest user-created levels (which will be curated by the developers), and start playing. You'll visit these worlds as the same custom deputy you play in the campaign, and any experience points, perks, or money you earn while playing will cross over into the campaign when you're done. (And no, that doesn't mean you can just create a "level" filled with cash and make yourself rich.) 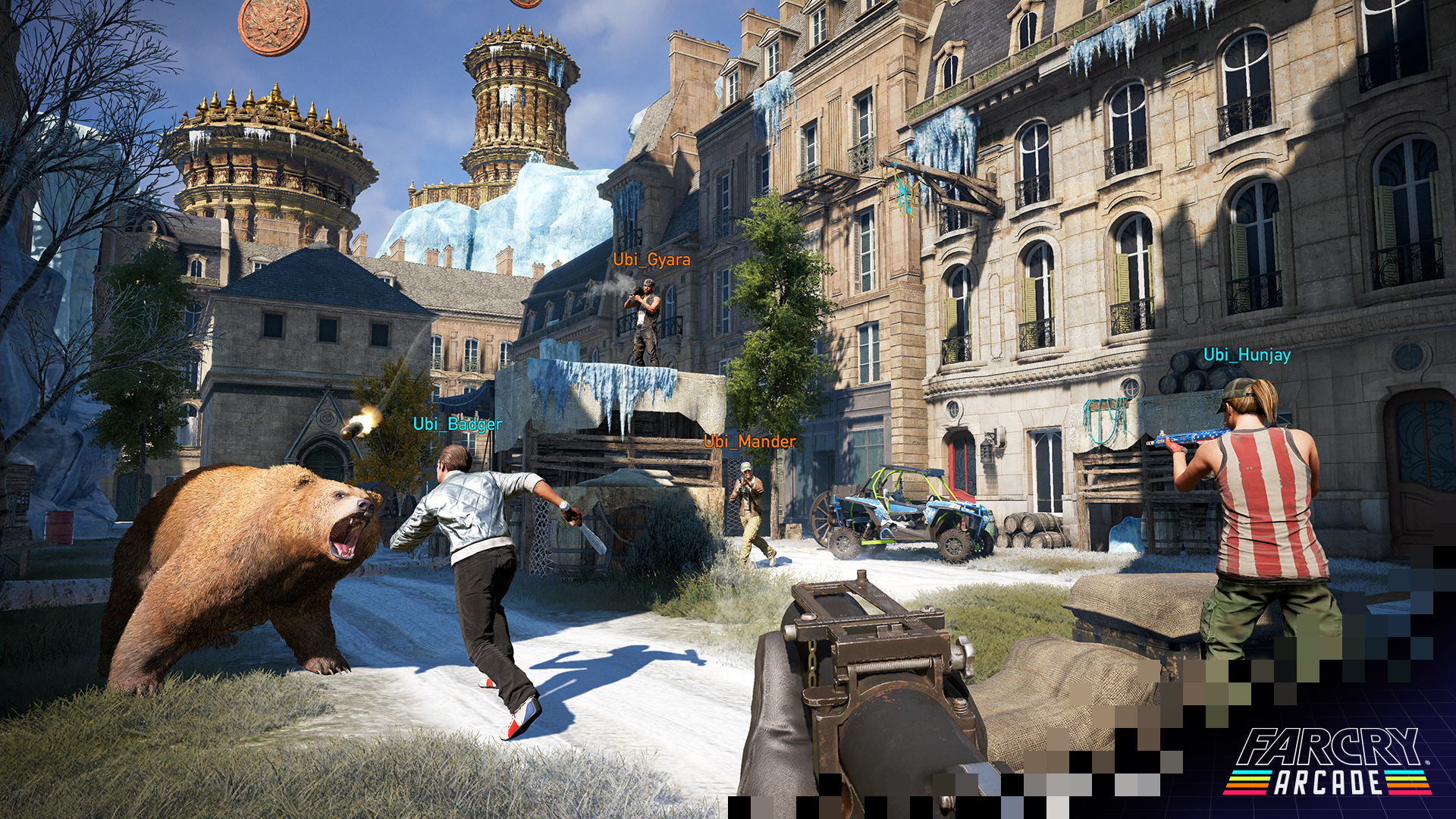 In addition to player-created maps accessible directly in the game world, Far Cry Arcade is also supposed to include some new modes, one of which will be called Bounty Hunt and basically works like an assassination mission where you take out a target and then try to exit the map. More interesting to me at least was a Ubisoft-made map the company calls Upside Down in which players get to explore a surreal map that emphasises exploration and weird scenes over combat. And of course the map editor is intended to be the backbone of PvP in Far Cry 5, meaning you'll be able to compete across whatever quirky, player-created maps Ubisoft has decided to feature in a given week.

A Ubisoft rep also said in an email to Kotaku that Far Cry Arcade will include the exact same feature set across both consoles and PC. Updates will also be simultaneous on PS4, Xbox One and PC as they become available, which is good news considering that it isn't unusual for one to lag behind the other.

The game arrives on March 27 and already has three extra "adventures" announced as part of the Season Pass. Hours of Darkness involves rescuing POWs from Vietnam, Lost on Mars sets you down on the fourth rock from the Sun with laser weapons and jetpacks, and Dead Living Zombies is a co-op horde mode. By the time players have had a chance to mess around with the map editor there'll hopefully be even more bonkers stuff. I'm hoping to recreate Animal Farm but with killer goats instead of pigs.