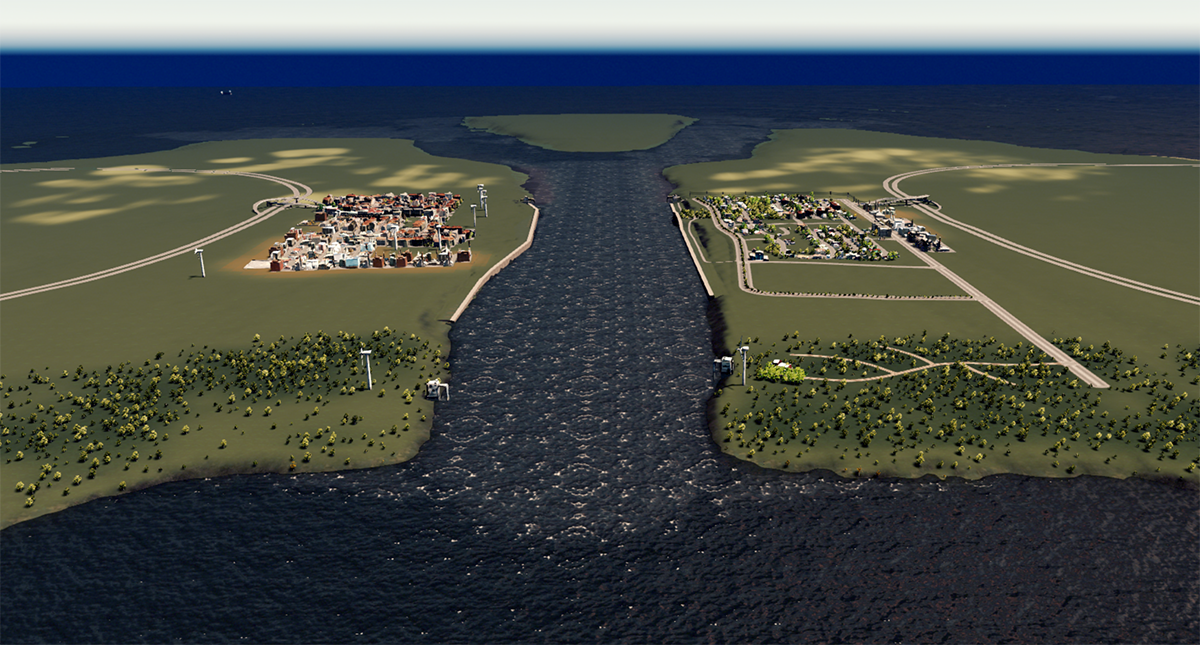 A dad and his seven-year-old son are creating a city together. Separated by a river, they build in isolation. One day, maybe, each side will connect up with the other.

When I was a kid, the best shot that I had of playing a game with an adult was a wholesome game of checkers or, maybe, getting to do some over-the-shoulder viewing of Myst. I certainly didn't experience what dad Michael and his seven-year-old son Finn are doing in Cities: Skylines: building a city together.

I created a map that is cut in half by a river. He works on his city on the right, I work on the left side. Eventually we will have to agree if, where and how we connect them. Until then we'll do whatever we want. 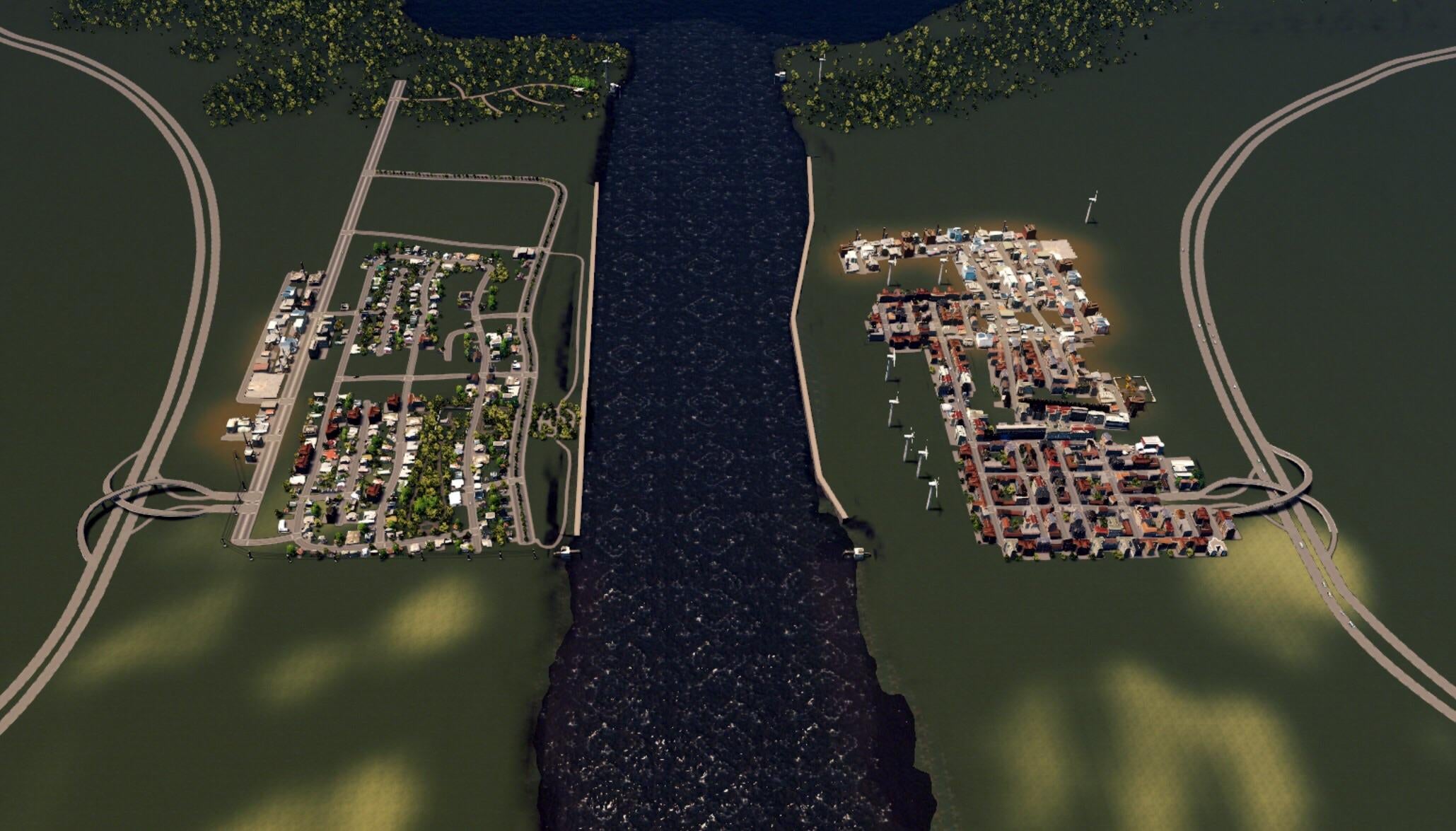 Father Michael on the left and son Finn on the right.Image: mjayberlin

As Michael explained to me in a message, his son was an iPad gamer who became interested in Skylines after watching his father play it. They built a city together, and after buying a smaller mouse for Finn's child-sized hands, the kid was off to the races. After building a couple cities of his own, he was ready for a collaborative project. Now they are creating their Twin City by switching out every thirty minutes, hot-seat style.

I'm a fan of Cities: Skylines, and part of my enthusiasm for the game comes from how open the experience is. Turning on the setting for unlimited money means that you can create things to your heart's content, and Skylines is still a very rewarding sandbox experience without the crunchy mechanics that develop out of more structured play. 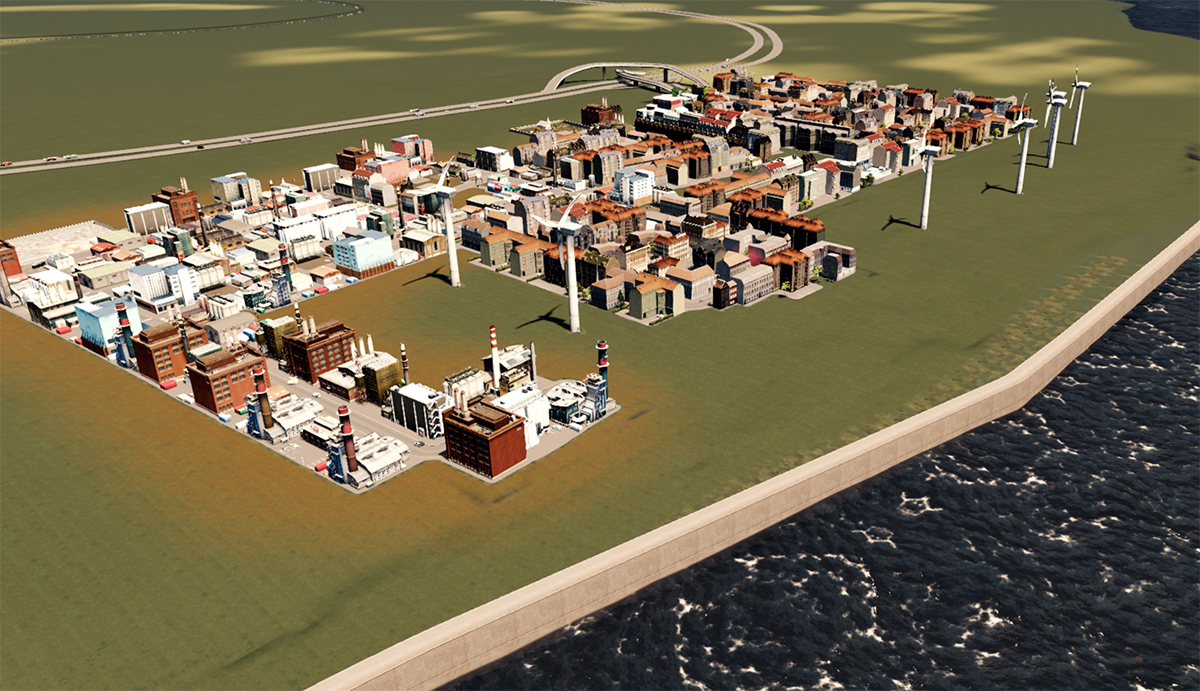 This is just clean, wholesome bonding between a parent and a child, and it's a rare thing to see in a world dominated by horrifying auto-generated videos that children are apparently consuming constantly.

I'm glad that somewhere there's a kid getting very serious about windmill-generated power versus coal plants.