Fortnite Seems To Be Overtaking PUBG 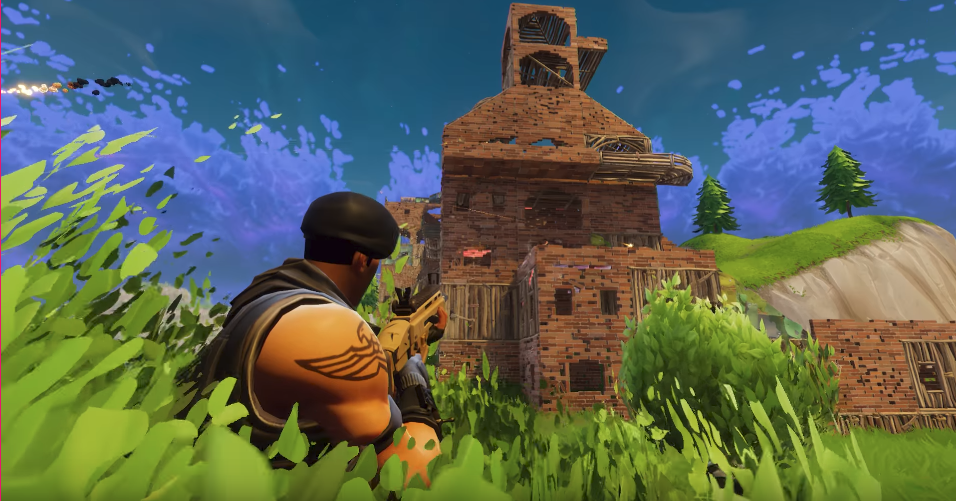 For a long time, the love affair between PlayerUnknown's Battlegrounds and Twitch looked as though it was meant to last. The blockbuster survival shooter captured the hearts of Twitch's biggest streamers all through 2017, and, in August, finally dethroned Twitch mainstay League of Legends in the "most hours watched" category (73.7 million to 71.9). Now, Battlegrounds is officially on the downswing. There's a new survival shooter in town - Fortnite Battle Royale - and it's kicking the crap out of its glitchy predecessor, Battlegrounds.

Arguably the site's top streamer, Ninja, is dominating Twitch with his Fortnite stream, which garners thousands of viewers every day. Between late February and early March, he earned himself a plush 50,000 new subscribers. In recent months, huge streamers such as Grimmmz and Summit1G, who drew in hundreds of viewers every night playing Battlegrounds, have instead been focusing on Fortnite. 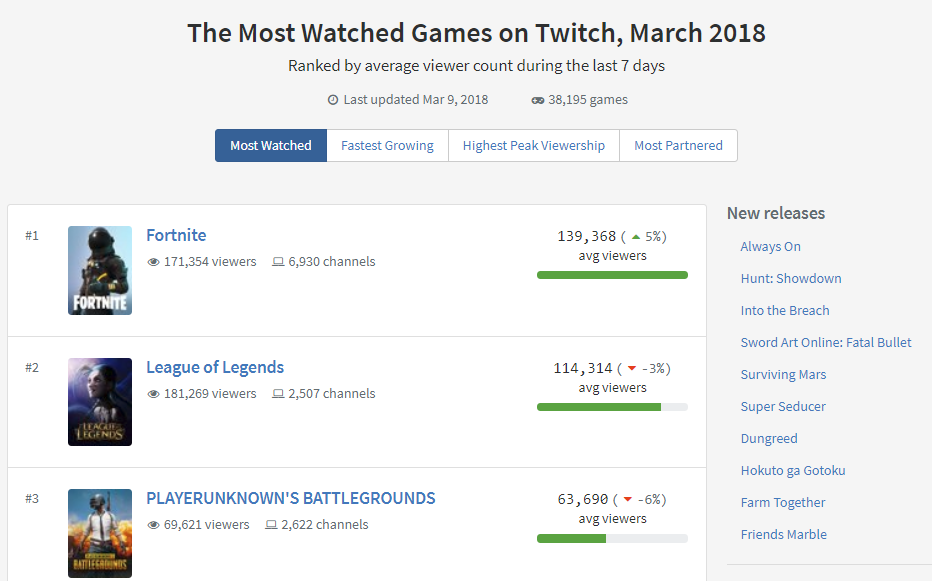 Fortnite is the most popular game on Twitch right now, which feels jarring, since Battlegrounds finally saw a full release in December, with a new map to boot. A few things are contributing to Battlegrounds' slow demise on the platform that popularised it in the first place. Battlegrounds is glitchy. It isn't uncommon to get kicked out of a match for apparently no reason. It's also overrun by cheaters (in January alone, Battlegrounds publisher Tencent banned one million accounts).

The game thrived on Twitch because it was enchanting to watch streaming personalities weave together narratives from Battlegrounds' chaotic gameplay, but when factors such as server stability added to that chaos, staying tuned could get a little frustrating. The game's top streamer, Dr Disrespect, was known to rage-quit streams after encountering Battlegrounds' numerous glitches. Lately, he's been dipping his toe in Fortnite, too.

It's hard to say whether Fortnite is more interesting to watch, but it's definitely more accessible to viewers. Fortnite is free, as opposed to $US30 ($38), and beat Battlegrounds to console - significantly, to PS4, which has not yet seen a Battlegrounds release. Fortnite Battle Royale is also less demanding on PCs than Battlegrounds, which requires a pretty high-end rig to run well.

Even if we didn't have the numbers, the mainstream narrative that Fortnite is crushing Battlegrounds is bolstered by celebrity plugs. Famous people such as Chance the Rapper, Joe Jonas and JuJu Smith-Schuster have all publicly acknowledged they play the game.

Mainstream media outlets such as Good Morning America have covered the game's "viral" popularity among kids, and last week, the show aired a segment attempting to answer the question of whether Fortnite is too addictive for kids. The Guardian has attempted to answer the same question.

As we've reported, teachers across the US are hearing their students talking about Fortnite all the time. Just last month, we reported that Ohio high school students won a bet against their chemistry teacher and got him to make their final exam about Fortnite Battle Royale.

As Epic Games continues to release new content for players at a brisk pace, Fortnite's longevity on looks pretty secure for now.