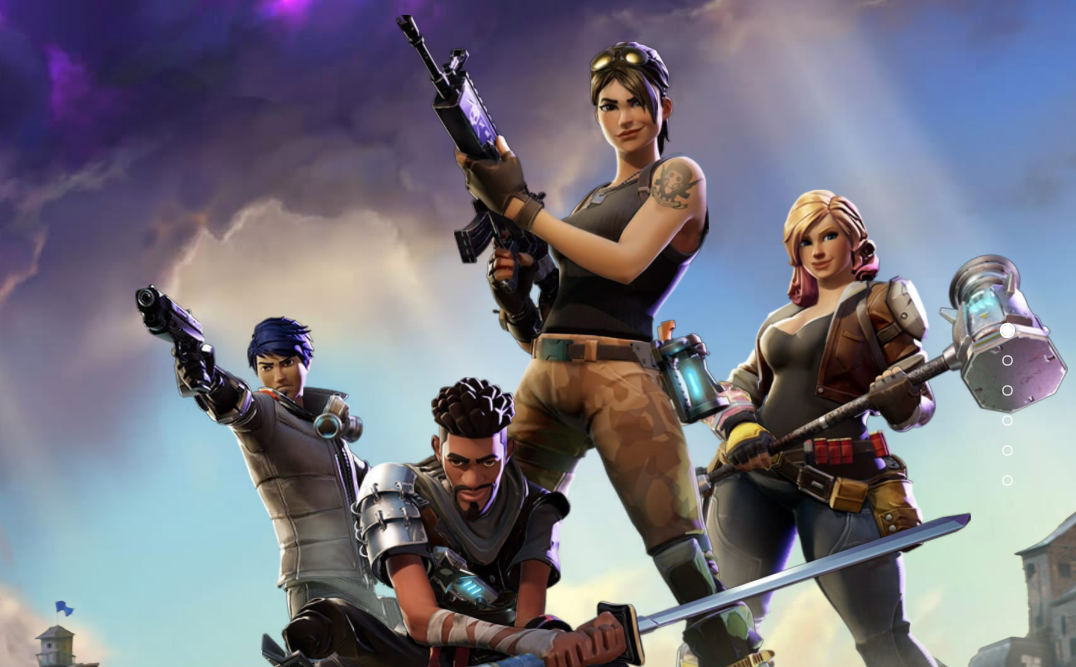 Fortnite Battle Royale's new Blitz mode makes the fast-paced survival shooter even faster and harder to survive in. It's riotously fun for players who enjoy confrontation, but players who prefer more roundabout strategies might feel a little stressed out.

The limited-time mode makes slight alterations to Fortnite Battle Royale's theme that pick up the pace on each game, making them more light-hearted. When players drop from the Party Bus - it's squads-only - the playable area is already limited to a shrinking circle. Matches last a maximum of 15 minutes. There's a ton more weapons and gear than usual, too, which contributes to the mode's confrontational vibe. Every time I played, I died within the first couple of minutes, but made it through about half the game.

If you're a fan of Battle Royale's Tilted Towers, you'll love Blitz mode. That's the game's highly-populated city zone where players die quickly unless they're super resourceful, quick-thinking, and good with Fortnite's guns. Blitz mode converts the Tilted Towers' chaotic, items-rich feel into a gameplay mechanic. It's compellingly high-risk, high-reward. Players who are great at handling weapons will thrive in Blitz Mode. Players who prefer more passive play strategies might not enjoy it as much.

One downside to Blitz mode's easy-entry vibe is that the combination of the squads-only play and the low-investment feel can make for some crappy teamwork if you're queueing with strangers. In most of the games I played, teammates dropped wherever they wanted on the map, said ridiculous things over the mic, or completely ignored each other. One of my favourite things about collecting a lot of loot in Battle Royale - which the mode encourages - is arming teammates. Playing today, I noticed that teammates were a little greedier with weapons, likely since matches were short anyway and there wasn't a big incentive to get attached to one's randomly-chosen squad buddies.

While PlayerUnknown's Battlegrounds is often made fun of because players can win by hiding in an attic for a half hour, Fortnite Battle Royale went in the opposite direction with the relative speed of its games. Everything about the game, from its cartoonish animations to its hilarious dancing, makes a play session feel like eating popcorn. Blitz Mode capitalises on that. And because getting into a new game is so fast, strings of Blitz Mode games go by fast and with no resistance.