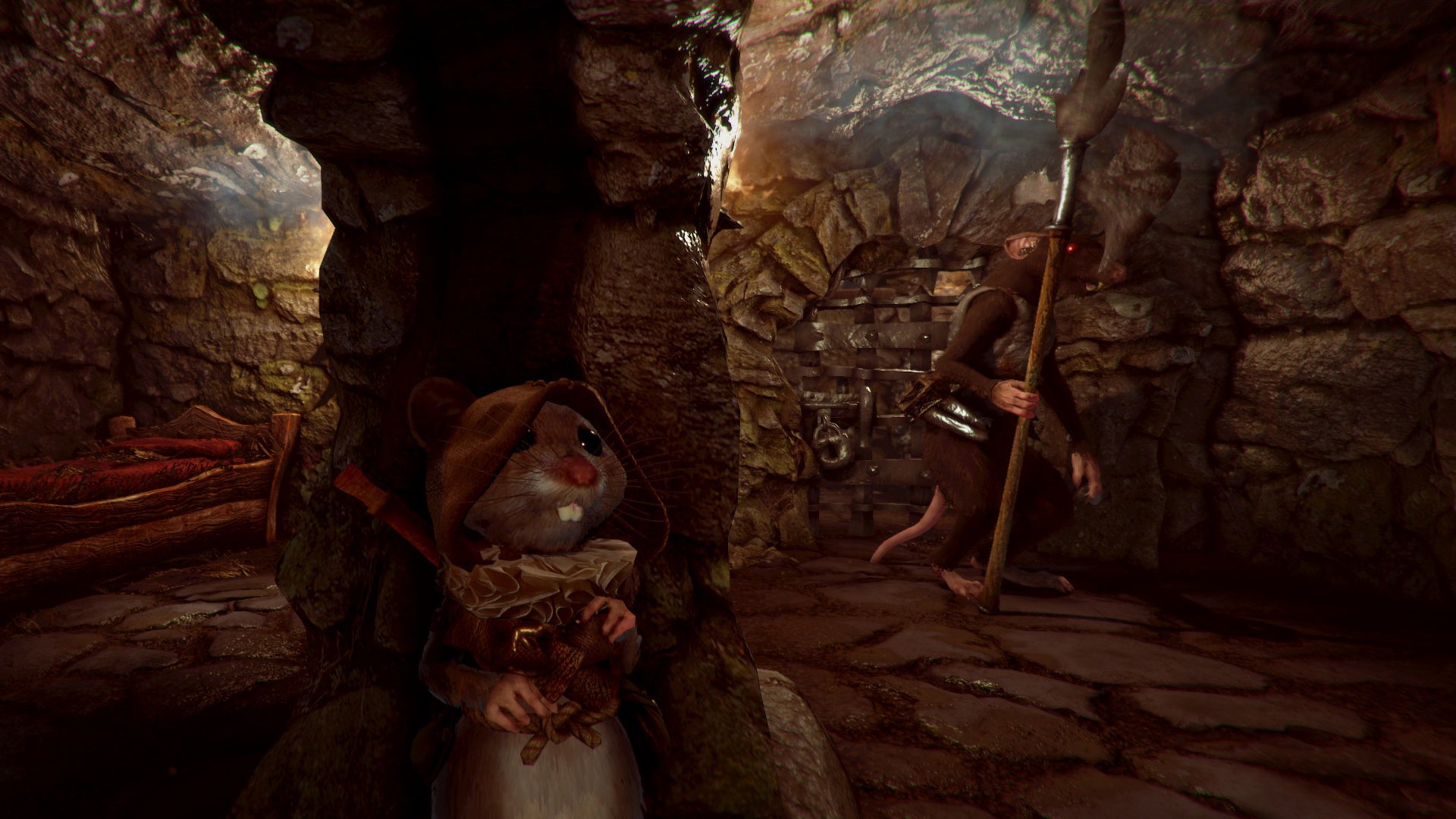 It's been an outstanding couple of months for mouse-based video games. In February we got PlayStation VR adventure Moss, and now we have the PC release of Ghost of a Tale, an action RPG about a mouse bard slinking through a dangerous fantasy world in order to save his true love.

It looked outstanding in 2016. Now it's breathtaking.

Largely the creation of one man, former Dreamworks animation supervisor Lionel "Seith" Gallat, Ghost of a Tale is a tremendous little game. Heroic rodent Tilo, his hideous rat adversaries and the other animals populating the world look like they have been pulled directly from a big budget animated film.

OMG look at them.

I played quite a bit of the game during its early access back in 2016, sneaking through the dungeons into the wilderness beyond, using Tilo's stealthy and nimble nature to outsmart ratty guards and overcome obstacles. Carrying stools to reach keys, sneaking up to sleeping guards to steal their booze — that sort of thing.

The creatures move naturally, or as naturally as anthropomorphic animals can, with fluid, lifelike animation. It's a game that doesn't say much, but it draws the player in nonetheless.

It's also a game that's come a long way over the past couple of years. Here's a comparison of how the game looked in 2015 versus now, courtesy of the official Ghost of a Tale website. 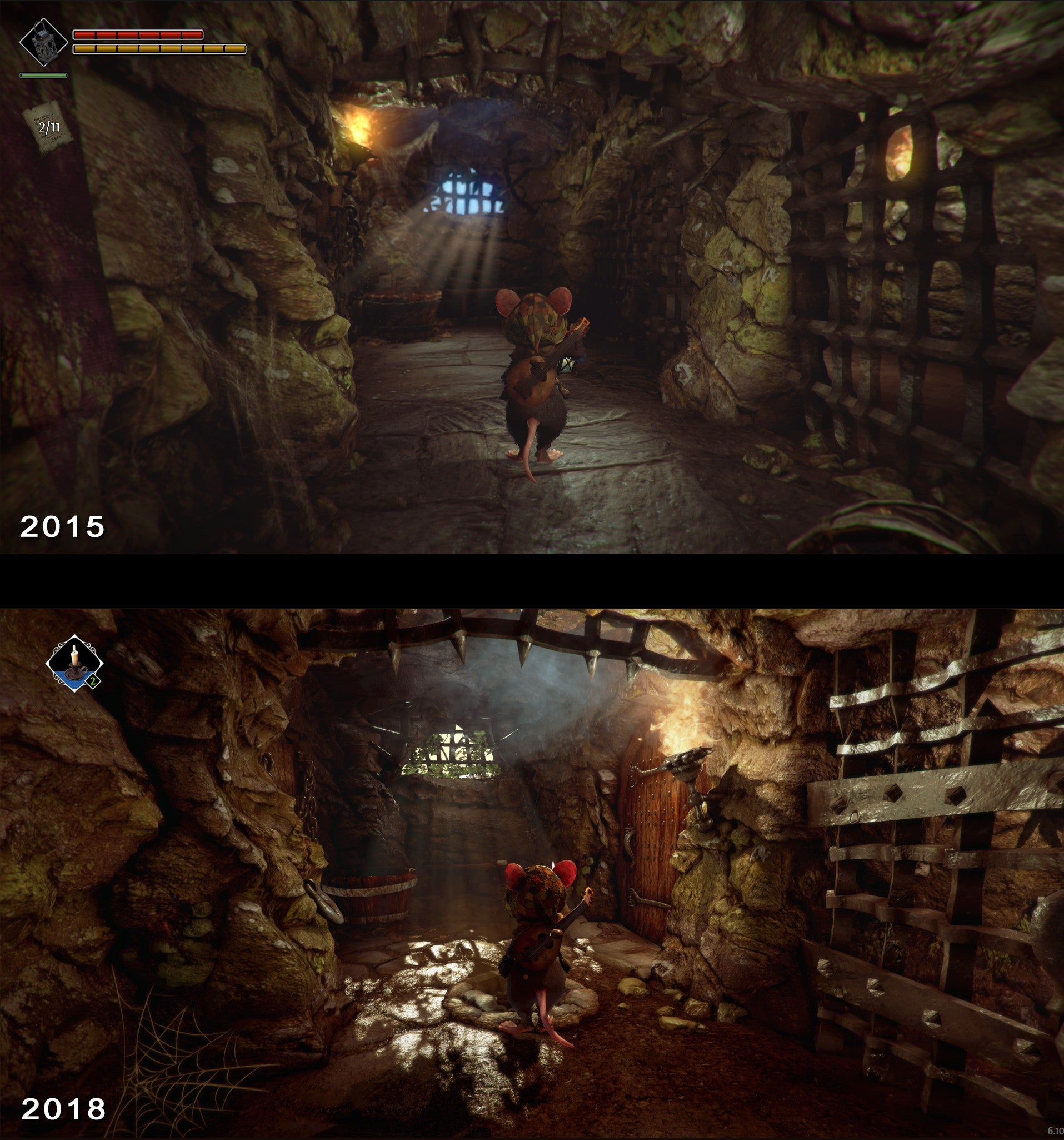 And that's just an interior. I didn't even recognise the keep's courtyard when I saw it the second time around. 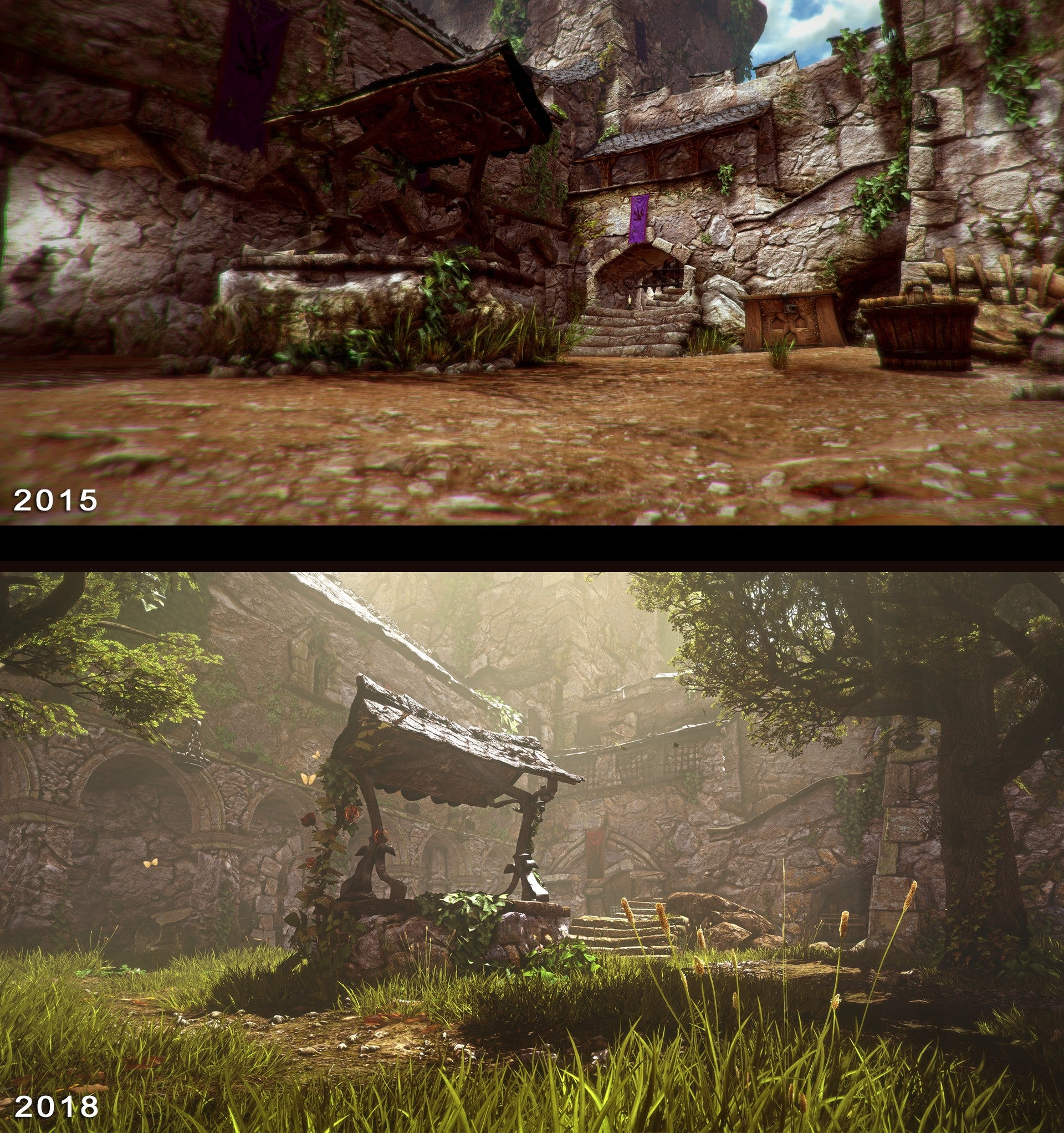 A lot of love has gone into Ghost of a Tale since it first came on the scene back in 2013. Along with game writer Paul Gardner, coder Cyrille Paulhiac, composer Jeremiah Pena and sound designer Nicolas Titeux, Seith has transformed a cute little project into a fantasy masterpiece.

Ghost of a Tale is now available on Steam, the Humble store and GoG for $US24.99 ($32). Xbox One and PlayStation 4 versions are in the works.