Guess I'm Not Done With My 3DS 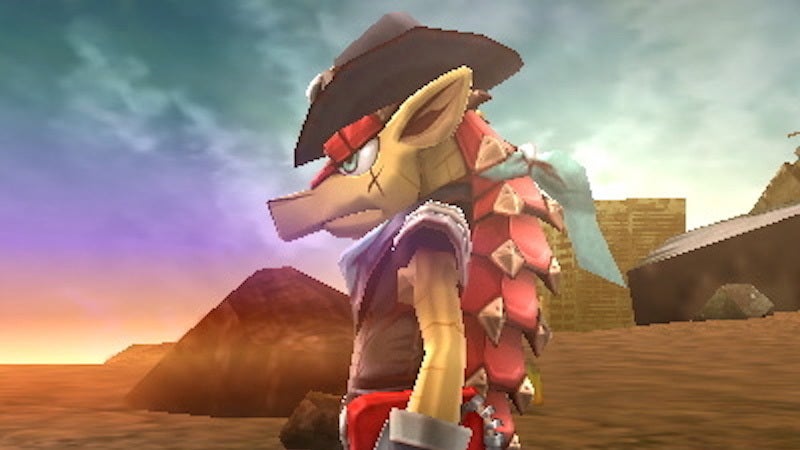 In May, I'll be playing Dillon's Dead Heat Breakers, the third game in the underrated Dillon's Rolling Western series on my 3DS.

My Switch backlog is ridiculous. I'm busy juggling Ni No Kuni II and a review copy of Far Cry 5 on my PS4, neglecting the half-played Evil Within 2. I've got games to play on my Xbox One as well (some of them old). I figured it was at least ok to stop carrying my 3DS around.

In the last week, I've resumed throwing my 3DS into my bag when I'm on my way to work. I carry my Switch already and don't even always have time or good enough balance to play that on the often-crowded subways of New York City. I knew I'd get back to my 3DS at some point to play more Metroid: Samus Returns and maybe even finish the Bowser's Minions part of the Mario &amp; Luigi re-issue. But I thought I was close to leaving this system behind.

Lately, however, I'm feeling the pull back. Maybe I should try Detective Pikachu, I'm thinking. Then I remember I still have only played the first major case of the latest Professor Layton.

And there's that Ace Attorney - Layton crossover I bought, downloaded and never started. And, wait, did I actually not play much of the third Box Boy, even though I loved the first two?

I like when Nintendo makes weird games, so I've been looking forward to Sushi Strikers, an original game the company announced as E3 was winding down last year, despite the show mostly being a Switch extravaganza.

I was relieved when Nintendo recently said that game would also be coming to Switch. Here I am a couple of weeks later, though, and I'm getting used to hearing that lovely crackle of my 3DS opening up again.

I'm never going to be done with this system, am I? And maybe no one is? My colleague Jason tells me there's a notable JRPG coming out for the machine tomorrow. It keeps on going.