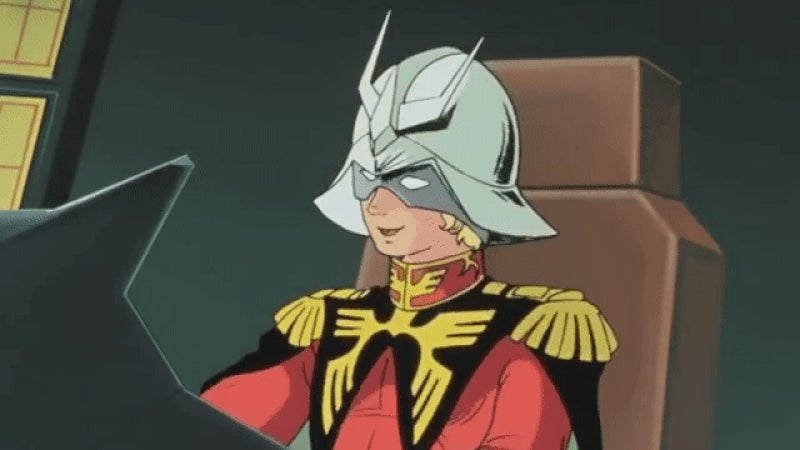 Thanks to the arrival of Pacific Rim Uprising last week, there's been a lot of talk about giant robots and the people who pilot them. But here's an always welcome reminder: No mech pilot in the medium has ever topped the magnificence that is Gundam's Char Aznable.

The antagonist of the original Mobile Suit Gundam anime TV series and rival of the series' hero, Amuro Ray (as well as a recurring figure throughout its follow up Zeta Gundam, the concluding movie Char's Counterattack, and the spinoffs Gundam: The Origin and Char's Deleted Affair), Char is one of Gundam's most famous and beloved characters, and one of the most influential characters in the genre.

It isn't hard to see why. He has a bohemian charisma and way more charm than any of Mobile Suit Gundam's actual heroes. He has an arsenal of rad, often crimson-coated mechs that he tinkers to his exacting, specific demands, turning otherwise average mobile suits into lightning-fast monsters. Hell, even his look - the red officer's uniform, the iconic mask and helmet - is stylish as hell and unlike any other character in the original series. There's a reason "Char Clone" is an anime trope, one so prominent that even the Gundam franchise itself has dipped into it over the years, multiple times. He's a perfect marriage between a classic revenge story and excellent design. But while all those things are good and true, here's the real deal about what makes Char Aznable so awesome: He's a total, total bastard, and he doesn't give a damn about it. 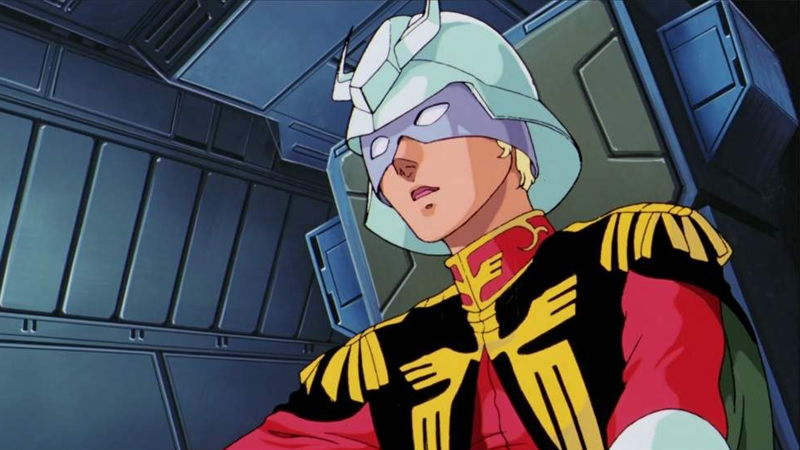 Char has pretty good reason to be one, too, given his complicated backstory. Born Casval Rem Daikun, Char was orphaned alongside his sister at a young age when his father, a prominent politician, was murdered by a rival family called the Zabi. From then on, Char dedicated himself to two things: Carrying on his father's legacy of ushering in humanity's evolution into spacebound, enhanced humans known as Newtypes - and wiping every last damn Zabi out of existence.

The first of those things is what leads him to become Amuro's rival in Mobile Suit Gundam in the first place; they find themselves on opposing sides in a war between Earth and the principality of Zeon, a cluster of independent space colonies. But over the course of the series it's slowly revealed that Char doesn't really care about the ongoing conflict with Earth, and has always been working instead to take out members of the Zabi family that now rule Zeon one by one, using his position in Zeon's military as a cover. He claims his first strike against them by betraying one of Zeon's commanders, Garma Zabi - who Char has actually known since childhood, striking up a friendship with him solely for the purpose of getting closer to the family - and then letting Garma know he's betrayed him in his dying moments, with a parting command to "Blame this on the misfortune of your birth". Which is honestly already pretty fantastic, but it leads to an even better moment when Char sits in a bar watching Garma's funeral on TV, wearing cool shades and mocking Garma while sipping on his drink like a total jerk: 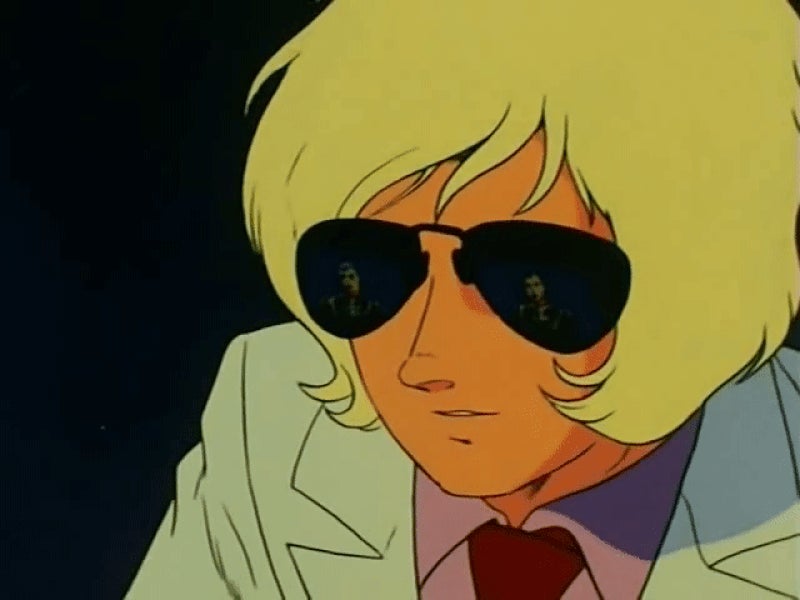 Hell, by the end of the show, when Amuro and Char's rivalry boils over, leading them to duel with both their Mobile Suits and then sword-to-sword (because, duh, why not), Char realises that his whole conflict with Amuro is nothing more than a distraction from killing the Zabi. This leads to him promptly peace out of their duel, grab a rocket launcher, and then take out the last surviving Zabi, Kycilia, by headshotting her from outside her flagship with said rocket launcher:

Char is a complete and utter badarse, but what makes him a magnificent bastard is that he's well, such a troll about it all. He doesn't really care about anything other than getting his revenge, and then rubbing that revenge into the Zabis' faces. That, and having amazing red custom mechas to fly around in.

After Mobile Suit Gundam, Char loses a little bit of his trollish glee, having completed his revenge against the Zabi. By the time of Zeta Gundam Char eventually becomes a bit of anti-hero, working with his former rivals in the fight against a totalitarian anti-Newtype Earth force. But when he returns one last time in Char's Counterattack, he's a full on insane villain, hoping to spark humanity's evolution into Newtypes by rendering Earth itself uninhabitable.

But regardless of which version of Char is in the pilot seat, his ability to match excellent giant robot flying with charismatic swagger - in Mobile Suit Gundam's case, swagger deployed for the purpose of taunting his hated rivals - is what's made him one of the most enduring figures in the franchise's entire history. And it's why so few mech pilots since have come close to matching his excellence.