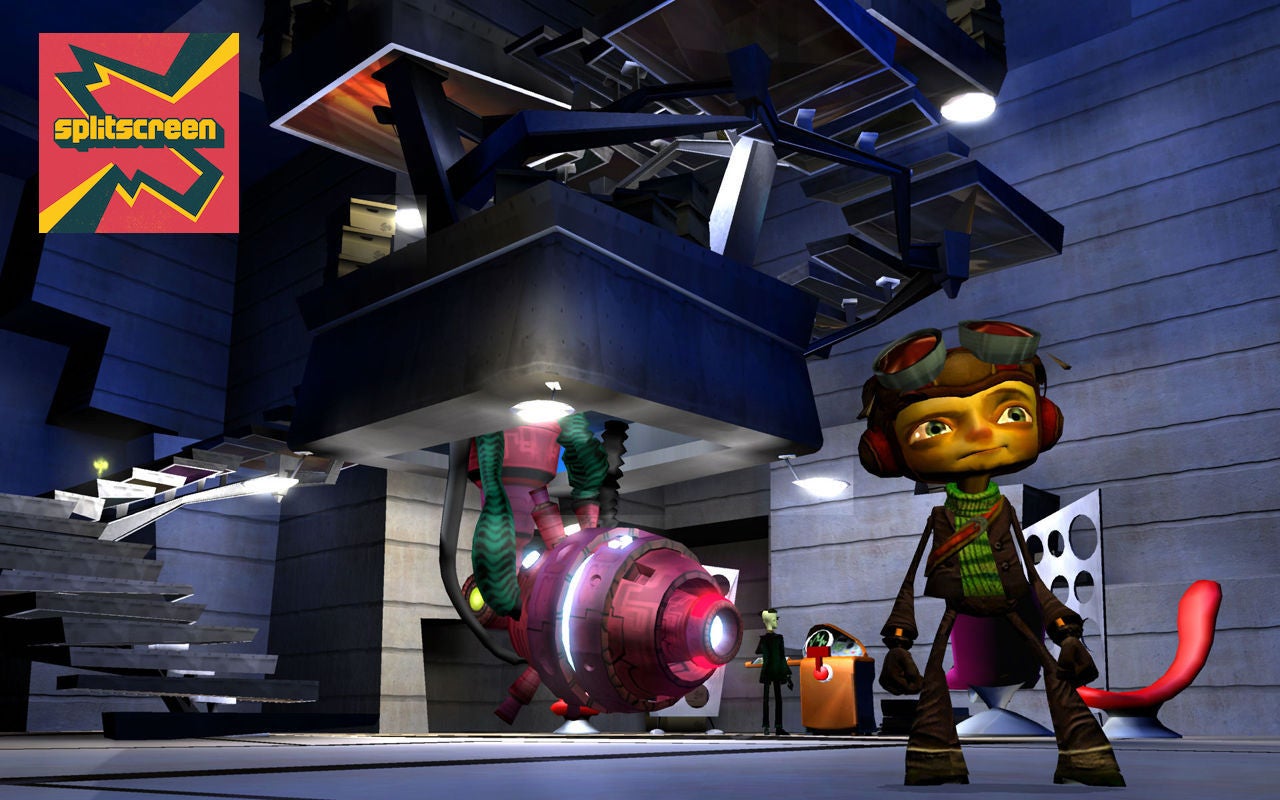 If not for the director of SimCity selling his company to Electronic Arts, we might not have Psychonauts, Broken Age, or anything else from Double Fine. Today on Kotaku Splitscreen, the full story.

Last week at the Game Developers Conference, Double Fine boss Tim Schafer won a Lifetime Achievement award for his decades of work both at LucasArts and at the company he founded. In a teary, drunken speech, Schafer thanked SimCity director Will Wright for saving Double Fine, and the next day when we had him on Kotaku Splitscreen, we asked Schafer to repeat the story.

We also talked about what it's like to make a sequel, the timing of the next Double Fine documentary, and what Schafer thinks of the growing call for unionization in the video game industry. Listen here:

Jason: Last night, when you got up on stage, you told a story about Will Wright that I want you to repeat here... now that you're less drunk.

Tim: I hope he doesn't mind me telling this story. It was Psychonauts, I don't know if you heard this, but it got canceled, the first game, in the middle. It was a bad time for the studio because we'd been crunching on that thing for four years, and we had about 30 people who were depending on it.

And it got canceled. We tried to get it re-signed, dragged that demo all over E3 one year, and we talked to every single publisher and everyone passed on it, and the clock was ticking, and our money was going away and draining.

We thought we had some leads, and it'd work out, but we weren't gonna make it that far. Our runway, as they call it, was not that long. And we were gonna crash, and go out of business. That game we were working on for the past four years was going to disappear. No one would ever hear of Double Fine. They'd be like, 'What was that game company - ?' and we never would have made anything, and everyone would have been super sad. It was really gut-wrenching. I'd sunk my whole life savings into the company. Everything I made on Full Throttle, which was - it was great then, and then I sunk it in there, and it was at risk.

I was really desperate, and I didn't want to make this phone call, but I did, I had to try to save this company. And someone I know pretty well had sold his company at EA - Oh wait, you already said the name. So you kind of spoiled that one.

Jason: Yeah, we spoiled it.

Tim: Will. I called Will. I was like, 'He might have enough, but I don't know.' It feels so rude to ask for money. But it's either this or horrible things happen.

So I called him, I said, 'Look Will, I hate to ask this, but if you can loan us this money to help us make this payroll, you can have 10% of Double Fine, I'll give you a chunk of the company.' He was like, 'Oh that's really interesting, I want to help but I'll have to check with the lawyers to see if I can do that.'

Jason: He was at Maxis at the time?

Tim: Yeah. So I waited a day, and it was just agonizing.

Tim: And he called back and he said his lawyers had said he was not able to own stock in another game company — it'd be a conflict. I was like, 'Oh god.' And then he was like, 'So I'm just gonna give you the money.'

And I was just so blown away from that. I probably didn't mention last night that we got re-signed and we paid him back, and he was lovely about it, and really nice. It all worked out, and I was really lucky to have him do that, but I was also really, really touched because it was such a hard time. Publishers are here for business, they're not evil, they were just kind of indifferent - they're not here to keep your company in business.

When you've been treated a certain way for a long time, then all of a sudden an individual being super generous with their money like that, and saving the whole company, providing at the end tons of work for people for 17, 18 years.

It made me realise that to the extent that I ever am in a position to help out indies, or other people, it makes me realise what it's like to be on the end of it. Pay it forward.

For much more, listen to the full interview. As always, you can find Splitscreen on Apple Podcasts and Google Play. Leave us a review if you like what you hear, and reach us at [email protected] with any and all questions, requests, and suggestions.