I Flirted With Bartenders, Found An Ancient Temple And Got Cursed In The New Sims Holiday World 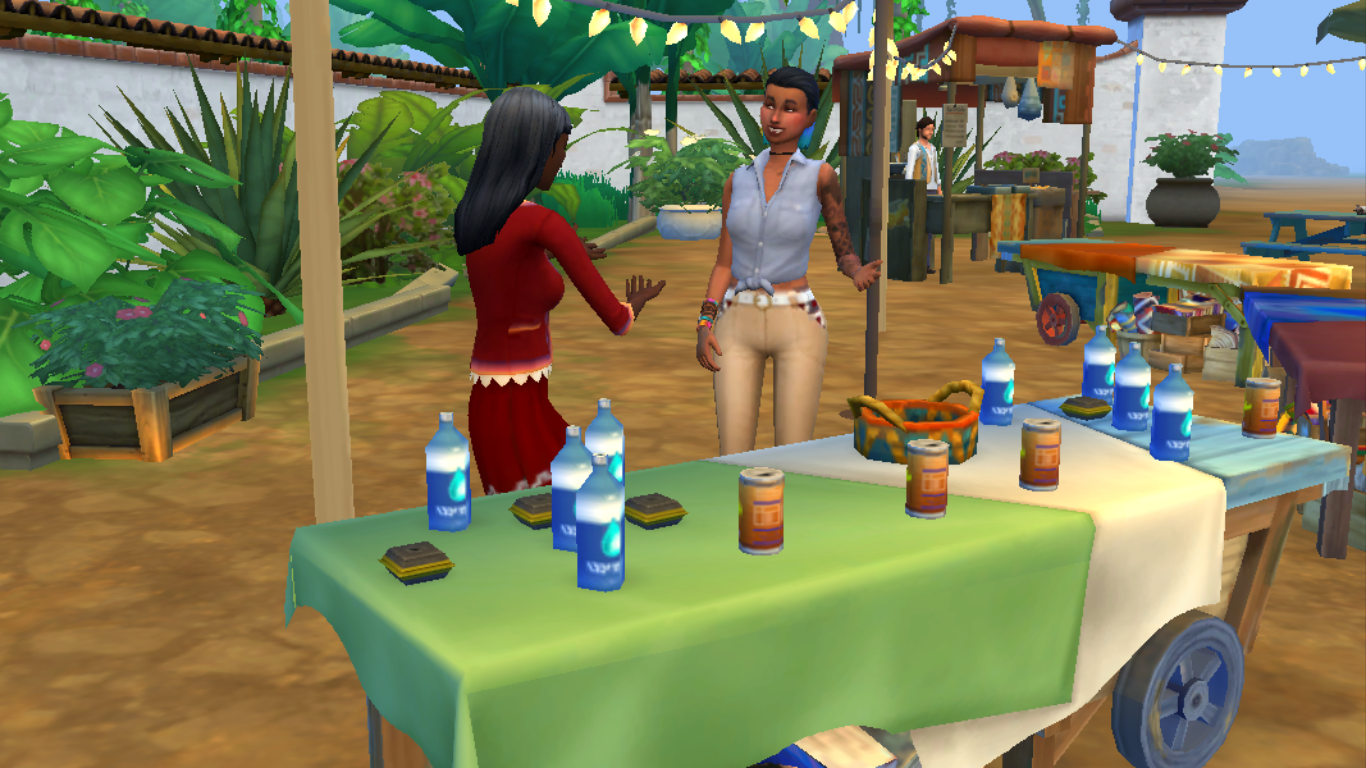 Jungle Adventure is the latest game pack for The Sims 4. It's a holiday world, meaning your sim can go for a few days when they need a break from regular life. They will travel to Selvadorada, a South American-flavoured country, where they can take in the local culture and also explore a jungle and its ruins. Come for the beautiful scenery, but stay for the adventuring.

In Jungle Adventure, you're tasked with finding hidden entrances in the world that lead to secret areas full of temples and artefacts. The temples contain short puzzles that impede your progress, and by solving them all you will find rare artefacts and get a special moodlet that puts your sim in a great mood. Temples reset every time you go on holiday, meaning each new visit to Selvadorada gives you a new challenge. 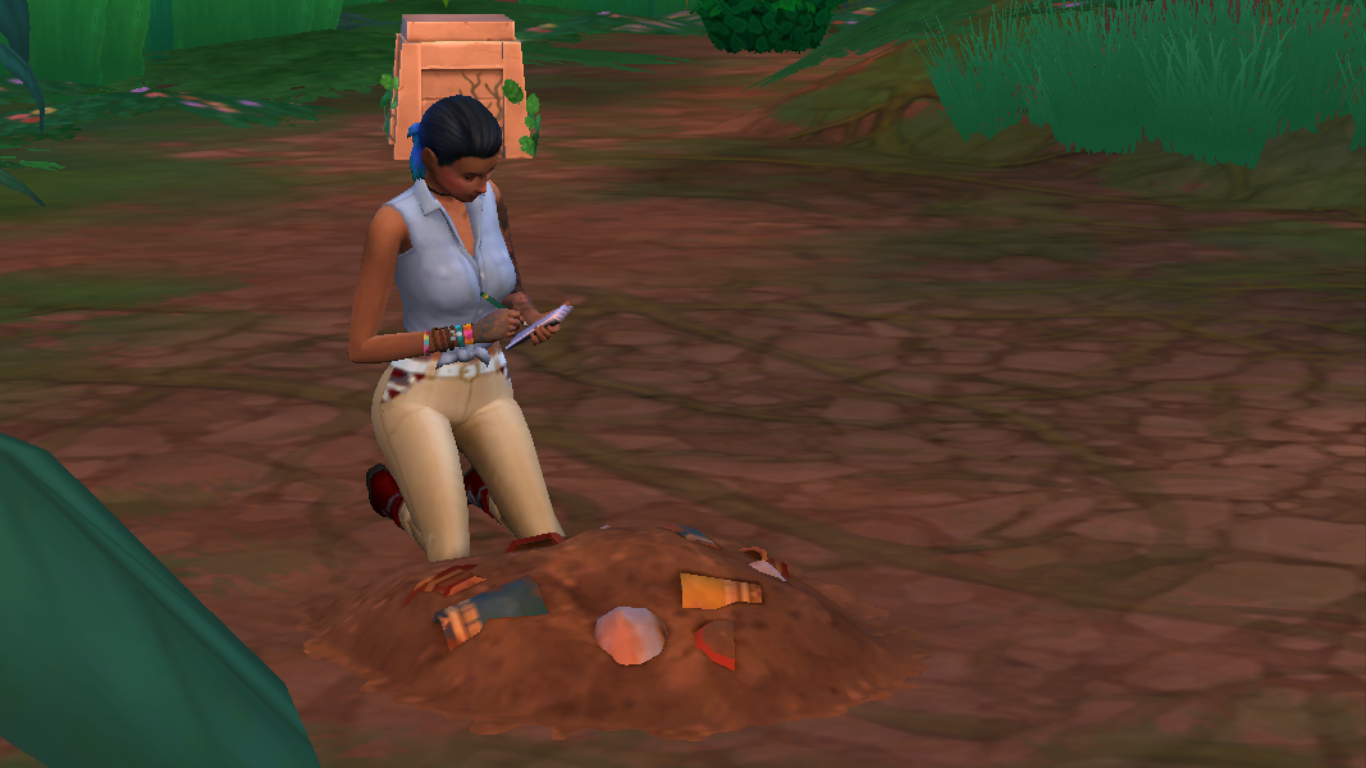 My sim Charley Thacker spent just over a week in Selvadorada and, while she was eager to go find the ancient temple, first she had to adjust to the culture. In order to eat the local food, you have to raise your Selvadoradan Culture skill up to level three. Everything you do in The Sims 4 has a skill attached, from photography to gardening to logic. The way that the Selvadoradan Culture skill is implemented here is interesting and new.

Other food related skills, like the chopsticks skill or the spicy food skill, don't keep you from experiencing those foods. In Selvadorada, the more the locals trust you and like you, the more you understand their culture and are able to participate in it. On her first couple of days, Charley could have a plate of plantainos fritos or arepas, but afterwards she wouldn't be able to eat any more of the local food. After a few days at the market and its adjacent bar, talking to people and looking at statues to level up her culture skill, she was able to adjust to the flavours.

By the end of her visit she could tell other sims Selvadoradan folklore and order off a secret menu. 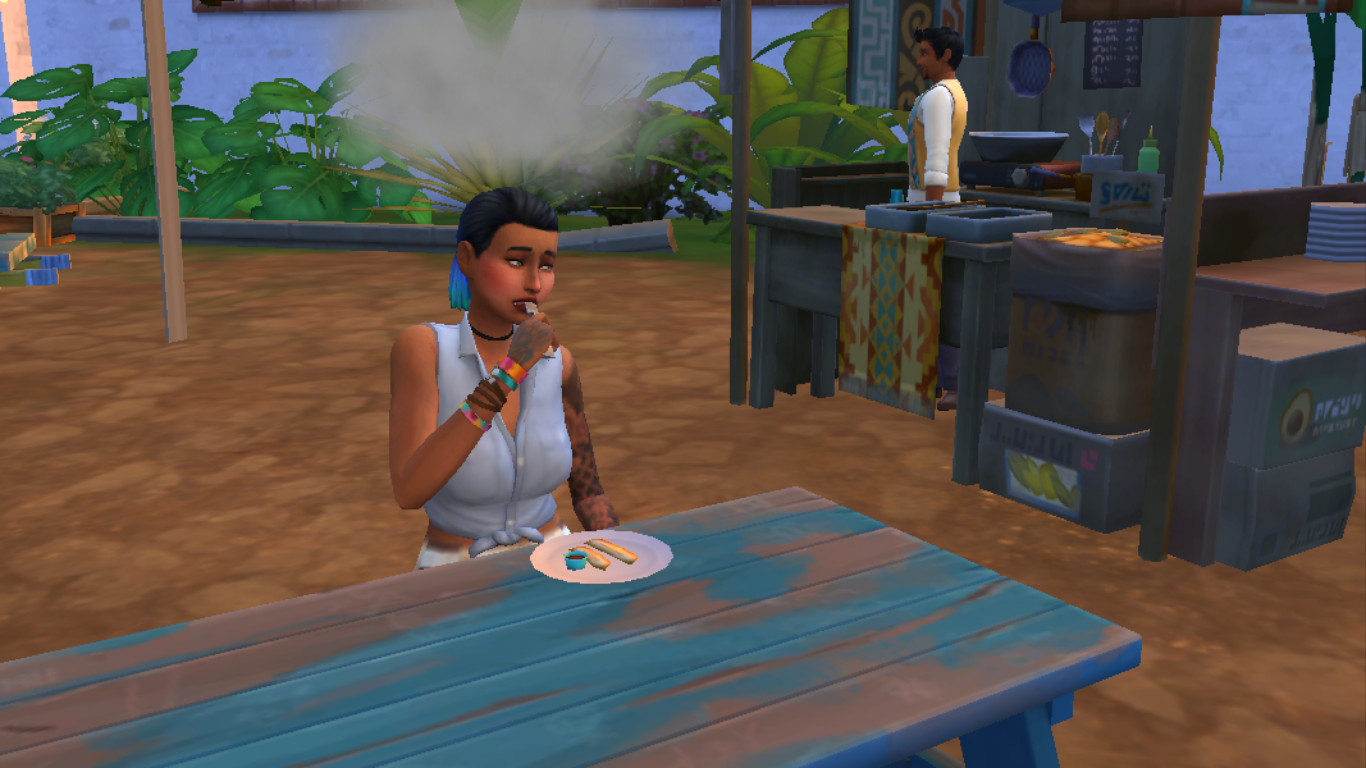 As much fun as it was to socialise and flirt with the locals, most of Charley's time was spent in the jungle. The puzzles aren't overly complicated, but they can have adverse effects on your sim. In order to progress further into the jungle, you have to cut down vines, either with a machete or with your hands. You can equip yourself with the machete and other tools by visiting the market, but their stock is randomised and changes a few times daily, so you might find that you aren't prepared for what's in the jungle.

In my first foray, Charley got stung by bees while trying to excavate a dig site, and then was cursed with a personal rain cloud that made her sad for three days after she opened an unlucky treasure chest. After a couple of hidden jungle areas, Charley was able to find an entrance to a temple, which is where things got even trickier. 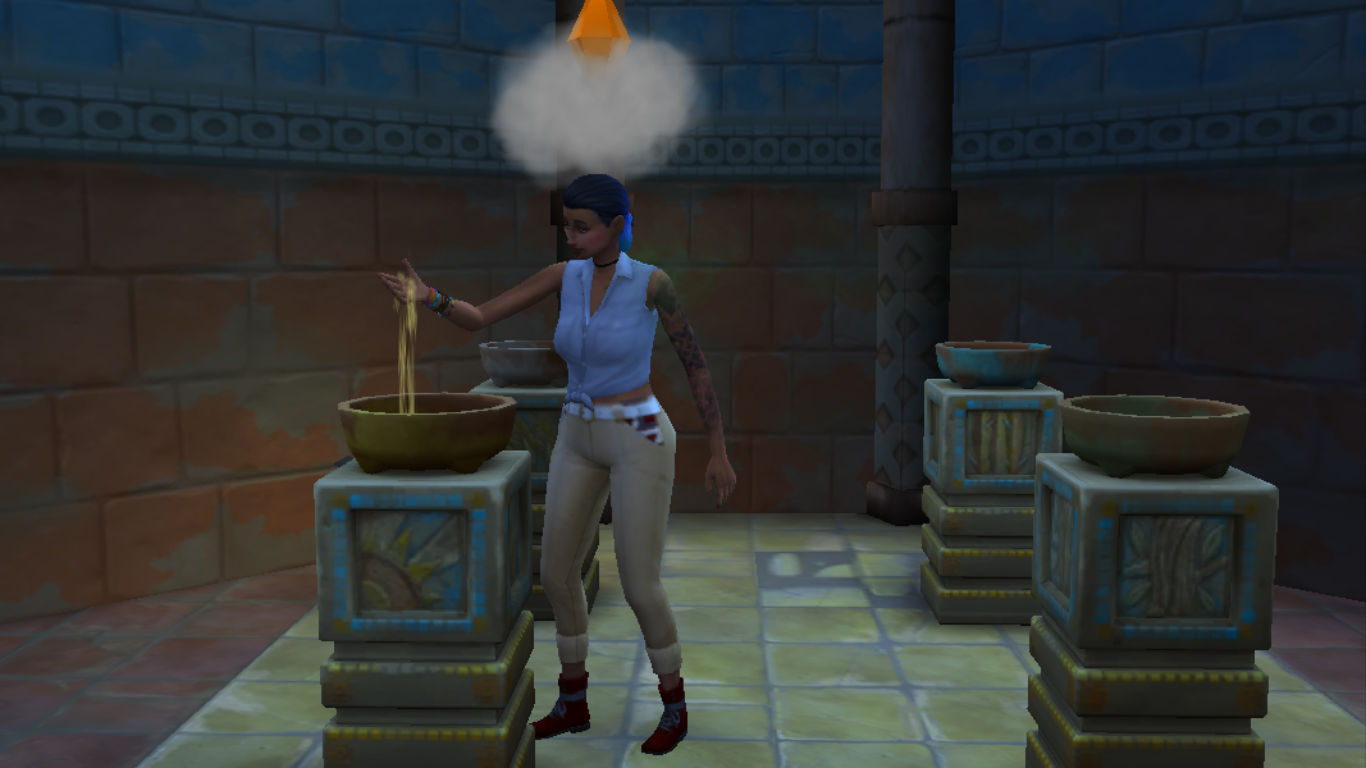 The temple itself locks each new area behind a mystical gate that can be cleared by deactivating a trap. The traps are easy to spot, and by examining them you can rule out some of the options which will not let you pass, but you're going to have to take a risk in order to progress.

I'm not entirely sure if examining traps efficiently is tied to the new archaeology skill, but by the time I levelled up in archaeology it was easier to tell which traps would deactivate the temple doors and which wouldn't. It wasn't especially skill-based, but it did make me feel like Indiana Jones. There was always a threat of danger and of accruing curses. Twice, my sim got set on fire. 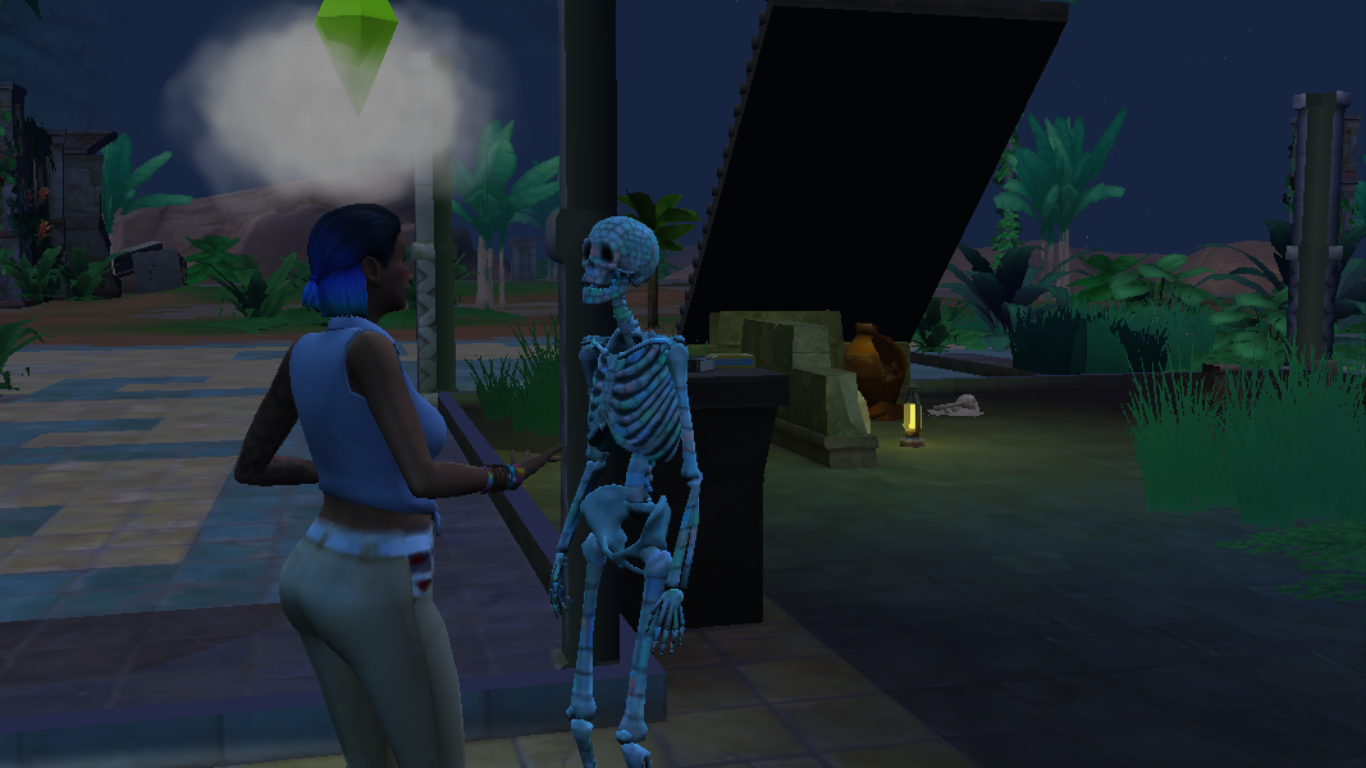 She also met a skeleton, but they were nice.

The real challenge comes from trying to make it to the end of the temple while also dealing with your sim's needs. In the jungle you'll be able to nap and pee in bushes, but you won't have a source of food. You can buy an item that can take care of your hygiene, but if you don't have it your sim is going to be in an awful mood.

You'll also be totally alone, meaning your social need is going to deplete. Sometimes I found that Charley was so close to getting through the next doorway of the temple but was going to either pass out or pee her pants, so she needed to go home.

More than adding just an interesting, new kind of gameplay, Jungle Adventure is gorgeous. The new lots have some incredible details, like this crashed plane in the jungle. Even on my MacBook Air, this looks really awesome. 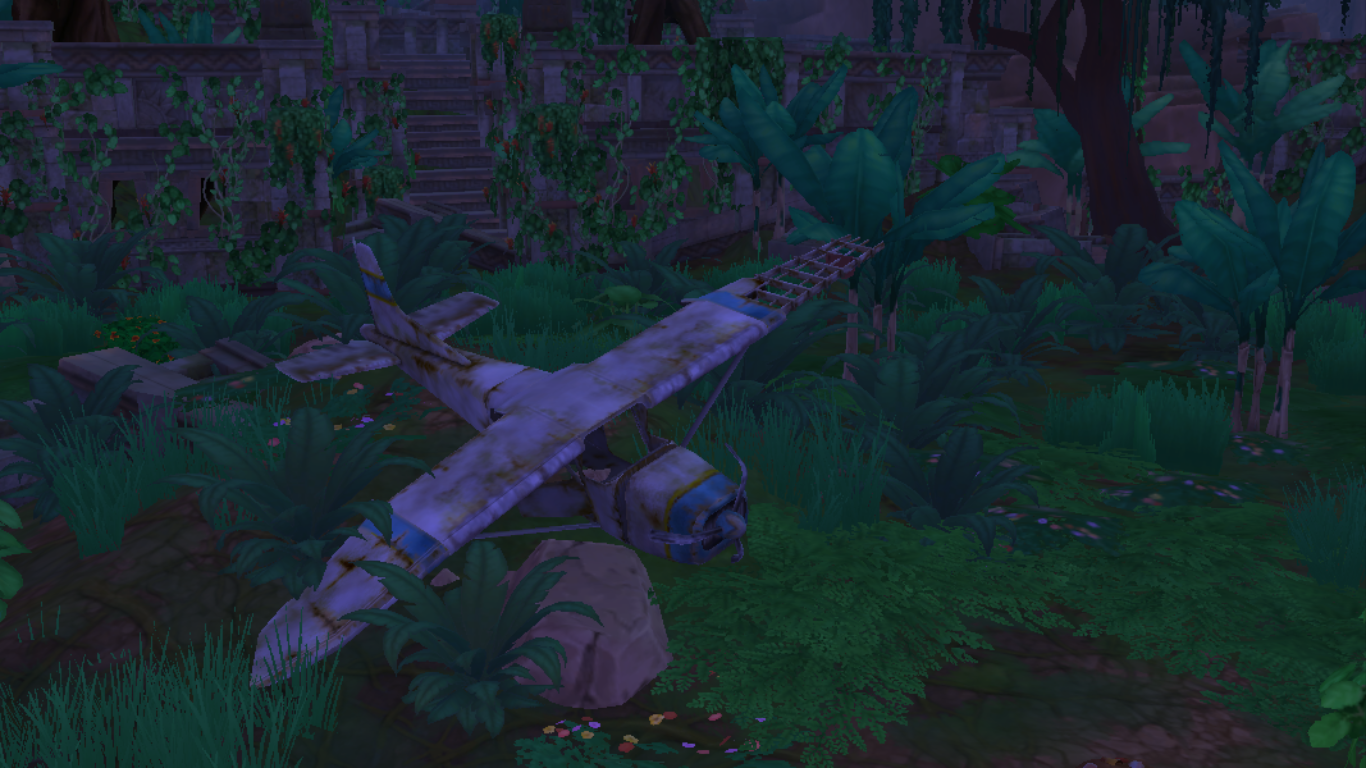 It's a perfect holiday world. Charley had a wonderful time in Selvadorada, and she even ended up adopting a stray dog while she was there. When she got home, it was a relief to not have to deal with bugs and spiders, and she had a hell of a lot of artifacts to identify and authenticate.

I don't know when she'll go back, but she definitely will, as will any other family I make in the future. Right now, Juan, the cute bartender from Selvadorada, keeps calling her to hang out. Maybe I can bring a little of that adventure home with Charley.