If You're A Pokémon Fan, You Should Play Detective Pikachu 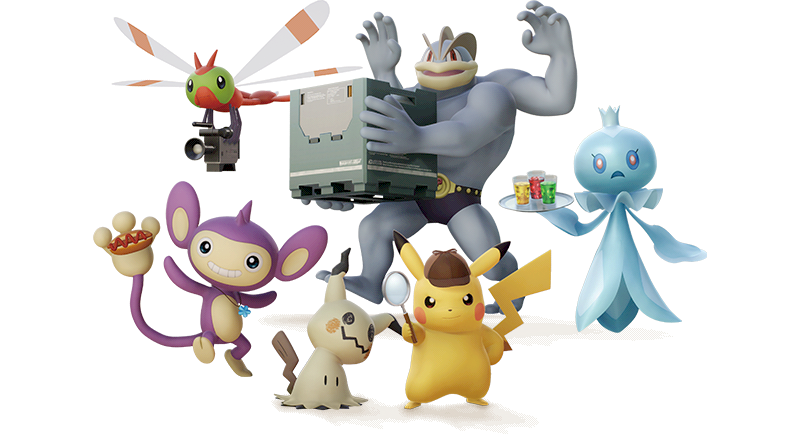 Nintendo may be keeping the 3DS on life support at this point, but there are still reasons to boot up the handheld console. Detective Pikachu, released in Australia last week, makes an especially compelling case for any fans of Pokémon who want to learn a bit more about the world of pocket monsters.

Detective Pikachu tells the story of Tim Goodman, a boy who runs across a large sleuthing Pikachu while trying to find his missing father. Unlike most Pokémon, this Pikachu can talk — but only Goodman can understand him. The two team up to solve a minor case involving wild Aipom and along the way, they uncover something bigger.

Here, you're expected to investigate your surroundings, talk to witnesses and suspects, and put together a case. Sometimes you'll be prompted to perform quick time events, but for the most part what I've played came down to environmental puzzles.

In one instance, for example, I had to talk to an Aipom hiding up a tree. Below the monkey-like Pokémon, there was an angry barking Poochyena. The Aipom was terrified, and no matter what I said to the Poochyena, it wouldn't let up. It wasn't until I found another Poochyena on the map that I was able to distract the canine and interview my target.

One thing you should know going in: Detective Pikachu is a very simple adventure game, seemingly designed for children. At times, it almost feels like the equivalent of Blue's Clues, except with Pokémon. But I've still enjoyed my time with the game because it makes the world of Pokémon feel like an actual world. The earlier Poochyena thing, for example: of course a dog can be a threatening jerk like that.

Dogs drive animals up trees in real life, too. By contrast, creatures in the main games feel less like actual animals and more vessels that exist largely for battle. Combined with Pikachu's ability to communicate with Pokémon, you get a rare look at the interior lives of the monsters around you. In one memorable early sequence, you meet a Pokémon who is upset that their master is feeding them a healthy berry that tastes terrible.

Of course that's a thing. And right after that, you learn about feuding critters who are taking up different parts of a park. It reminded me of the ways my real cats vie for spaces in my apartment, intent on dominating their space. With moments like these, Detective Pikachu makes Pokémon feel surprisingly real.

It also helps that your Pikachu is such a damn charmer. No, he's not voiced by Danny DeVito, but I found the voice actor's gruff, deep-voiced performance to be terrific anyway. Detective Pikachu also treats you to a series of small cutscenes where Pikachu talks to you directly, and they are an absolute delight. In another early scene, you find an Aipom sprawled across the floor.

After scouring the map, Pikachu interrupts you and is like, hey, maybe we need to get into his head a little. Then he throws himself on the floor, mimicking the Aipom, in the hopes of getting some inspiration. It came out of nowhere, and I loved it. The game is full of mini moments like these that make you love this coffee-drinking Pikachu.

Detective Pikachu might not be a brain bender of a game, but it has enough heart that you'll want to play through it anyway.