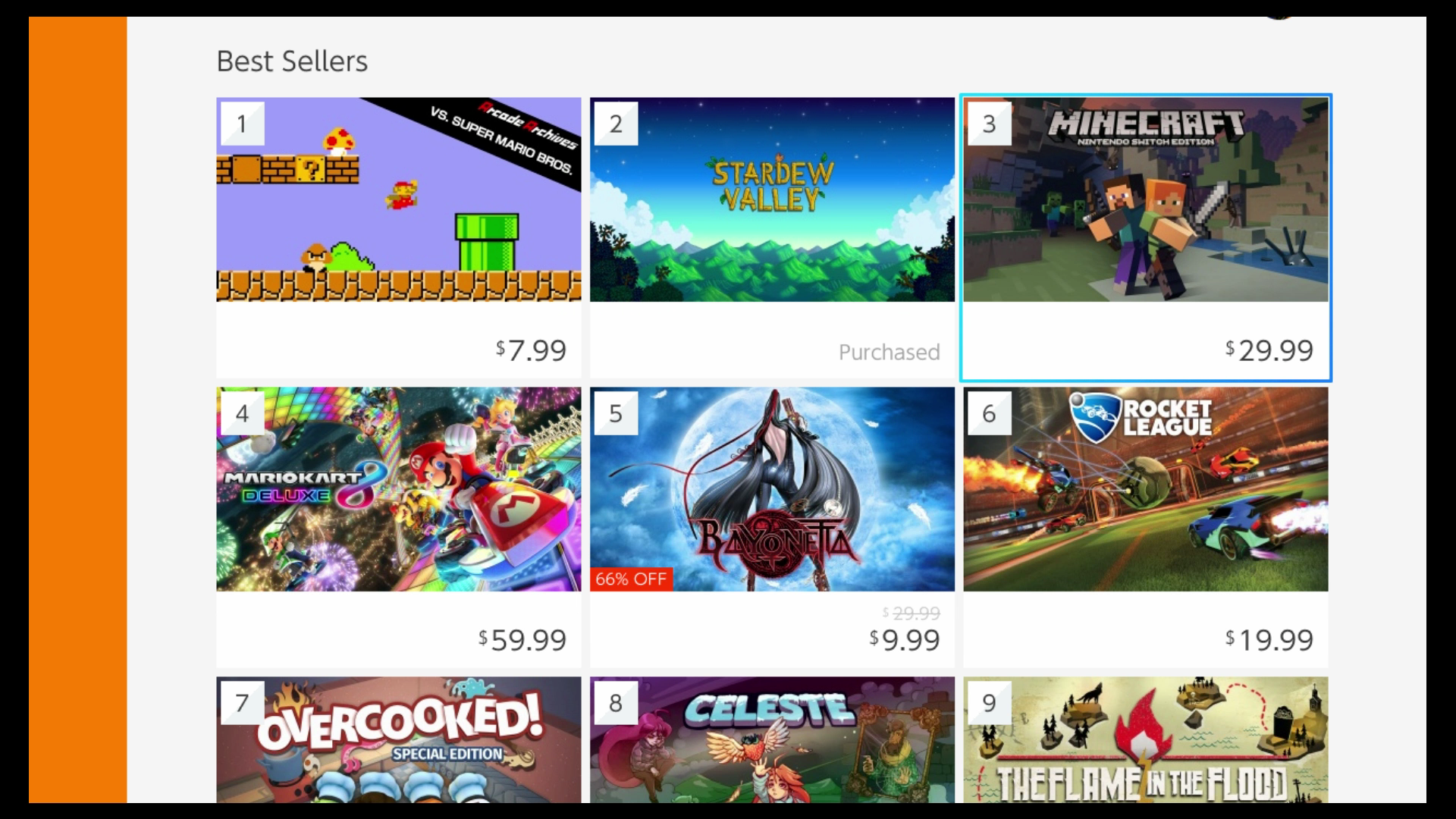 Given that my Nintendo Switch contains about two dozen games that I've bought and downloaded but never played, I probably shouldn't spend so much of my time with the system checking out its sales chart, but I can't help myself.

The most recent list, featuring the perennially unstoppable Stardew Valley, Minecraft, Rocket League and Overcooked. Celeste is starting to fade after nearly two months in or near the top spot.

Since the Switch launched a year ago, I've been regularly checking the "Best Sellers" section of the eShop every week or so. Call it an innocent check for news, a curiosity about what Switch owners are actually into, or an unhealthy obsession with data from the man who used to spend one full work day each month crunching play-time numbers for Nintendo Wii games (thank you, former boss Brian Crecente, for one day telling me that maybe I should think about stopping doing that).

The Best Seller list tracks "software titles that have been downloaded most frequently over the past two weeks". Fifteen games are listed. The current list starts with Vs. Super Mario Bros in the top spot and ends with Resident Evil 2 Revelations, now on sale with 25 per cent off, at number 15.

Having looked at this list (too?) many times in the last year, I can tell you some things: 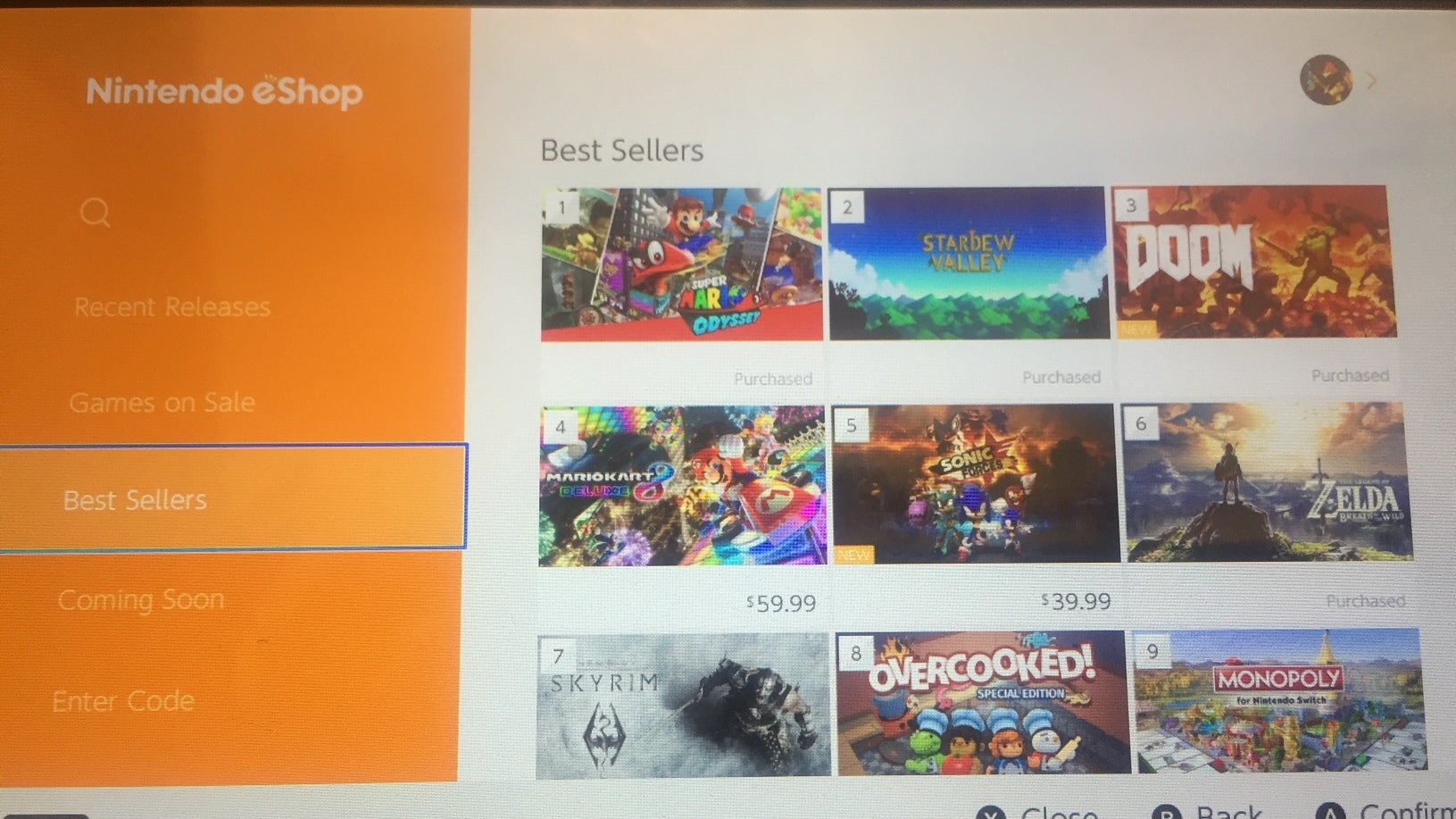 Here's the list from November 13, the height of big-budget game release season. Hence stronger showings for Nintendo and Bethesda's games, but look at Stardew Valley and Overcooked. They wold not be denied, even then.

Since the Best Seller list doesn't account for physical copies sold, it isn't the purest of Switch game popularity contests. It does hint at some possible trends, though. It suggests that Switch owners love indie games. It suggests the Stardew Valley is a juggernaut. It also suggests, given the success of Vs. Super Mario Bros., that Nintendo's hesitancy to put its classic games out on the Switch through a Virtual Console may have in fact helped indie games avoid being shunned in favour of the likes of Link to the Past, Super Mario Bros. 3 and Super Metroid.