In Praise Of The Growth Of Ahsoka Tano, The Star Wars Heroine I Always Needed

My favourite moment with Ahsoka Tano is in the second season of Star Wars Rebels. In it, Kanan and Ezra are being pursued by two of the Empire’s Inquisitors, Force users trained by Vader himself to hunt down and eliminate the remaining Jedi. With brutal efficiency, the two villains take the young Jedi down, placing Kanan and Ezra at their mercy in seconds.

Then a door behind the Jedi opens, and out walks Ahsoka. It’s been over a decade since she made her fateful decision to leave the Jedi Order. She walks out bathed in light, but not with the spring breeze serenity of a classic Jedi. Instead, there’s a grim set of determination on her face. A hint of anger, even, as she surveys the Inquisitors. She’s ready for a fight. And then, with twin lightsabers of pure white, she dismantles them. Ahsoka fights almost absentmindedly, dominating every moment of the two-on-one duel with precision, grace, and a hint of well-deserved ego.

Ahsoka Tano is one of the last of an old breed, and she’s here, in a darker age, to show her enemies what real power looks like.

Ahsoka’s Coming of Age, and Mine

I’m not sure when I first became a fan of Ahsoka. It was sometime during my viewing of The Clone Wars, certainly, and like many people I came out of that series thinking she was easily Dave Filoni’s most compelling creation. We’ve written before about the excellence of her portrayal on that show, the ways in which it built her as a smart, strong hero, constantly growing and changing in a way reflective of and consistent with the show’s own growing understanding of the Star Wars mythology itself. Ahsoka is both the idealism and the cynicism of the prequel era wrapped up into a bold young heroine, and her successes and failures make her master Anakin Skywalker’s fall feel both more tragic and more inevitable.

So when Ahsoka was revealed as the Rebel informant Fulcrum in season one of Star Wars Rebels, in validation of an early fan theory, I was thrilled. But then something surprising happened: over the course of the rest of the series, as Ahsoka’s adulthood became clearer and her story drew on, my relationship to the character changed. I wasn’t just a fan, anymore. Ahsoka Tano had become one of my favourite characters in genre fiction, period, and I found that she suddenly meant a lot to me, personally.

Part of that is a matter of timing. In the summer of 2016, in the middle of Star Wars Rebels’ four-season run, I came out as transgender and began living as a woman. This had an interesting effect on my relationship to my favourite media. For the first time, I felt free to publicly and actively identify with women in fiction. It was, in some ways, like being a kid again: as I sought to understand and redefine myself, the stories I cared about were there to help me figure out who I was. Not as idols to emulate, exactly. But as conversation partners, examples I could dialogue with and think through as I rethought nearly everything about myself. 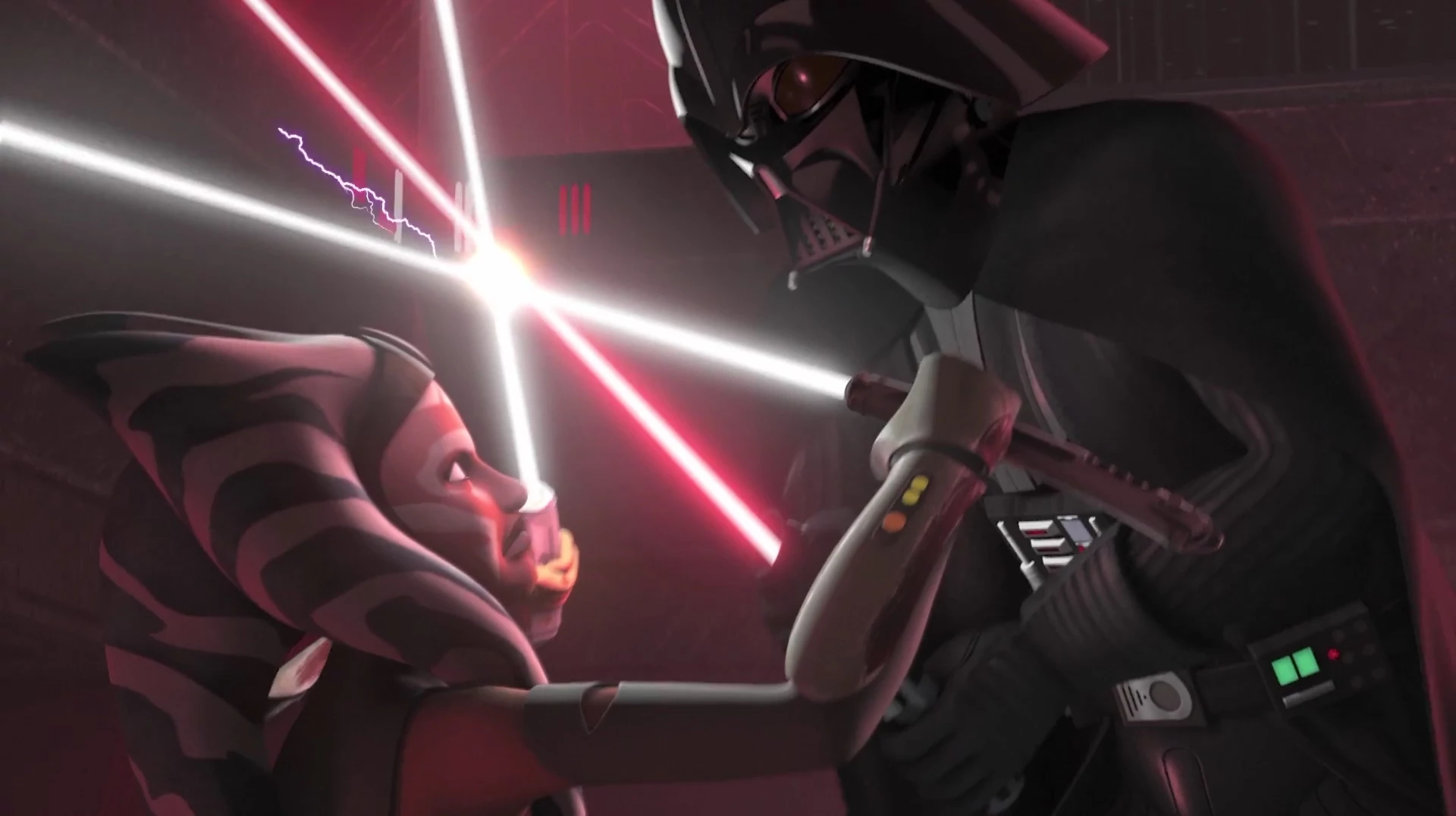 And there, during that transformation, conveniently, was Ahsoka, with her major arc in Rebels having just concluded in the “Twilight of the Apprentice” episodes that ended season two. She was there at just the right time, an interesting character in an interesting show to think about and look toward, just as I was figuring myself out. Her growth, and her conflicts, felt personal to me.

But those personal connections wouldn’t have been possible if Ahsoka’s character development hadn’t been so complete or so satisfying. The adult woman who emerges in Rebels is a maturation of her character on every level, a growth that turns her into one of the most compelling heroes in the entire saga. This adult Ahsoka is a force for good who never stopped fighting for what she believed in, no matter how dire the circumstances.

As revealed in the tie-in novel Ahsoka by EK Johnston and alluded to in Rebels, she’s been with the Rebel Alliance since its earliest days, planning operations and helping its early, isolated cells. She does this when all other known heroic Force users are in exile or simply defeated. When her peers and teachers are either waiting for a new hope or had given up on hope at all, Ahsoka fights on without needing that hope. Because she believes in trying to make the galaxy better. Because it’s the right thing to do. In doing so, she gains wisdom and grace outside of the structures of the Jedi Order.

Ahsoka emerges in Rebels as an iconoclastic warrior sage, guiding a new generation of heroes while living in adherence to a creed she created for herself herself out of the wreckage of the Jedi’s betrayal in The Clone Wars and the fall of the Republic itself.

It’s that rebellious independence, that almost hint of pride to Ahsoka, that makes her so compelling to me. She’s someone who rejects the path before her and rebuilds herself. She makes it look easy, at that. And she does so while dodging the tragic fate that almost everyone assumed was inevitable for a character introduced as Anakin Skywalker’s unheard-of Jedi apprentice on not one but two separate Star Wars cartoons. There’s a lot to admire there, and something to emulate on my own journey. Star Wars needs more characters like her. A lot of stories do. 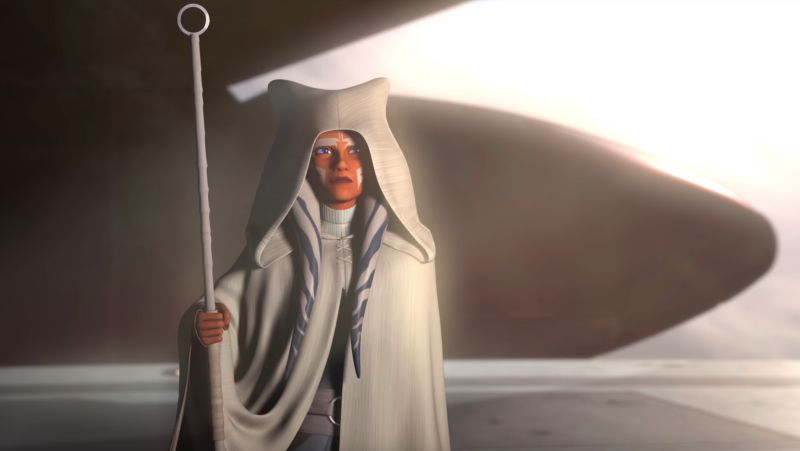 My other favourite Ahsoka moment is during “Twilight of the Apprentice.” She’s standing down Darth Vader, who she’s struggling to believe is her former master. She calls him out, and he says that he “destroyed” Anakin Skywalker. Ahsoka prepares for battle, barely restrained grief and fury on her face, and she says she’ll avenge his death. Vader retorts that revenge isn’t the way of the Jedi.

“I am no Jedi,” Ahsoka says. And she’s not. So far as I’m concerned, she’s something better.