It's Time To Stop Acting Like Nobody Watches Anime 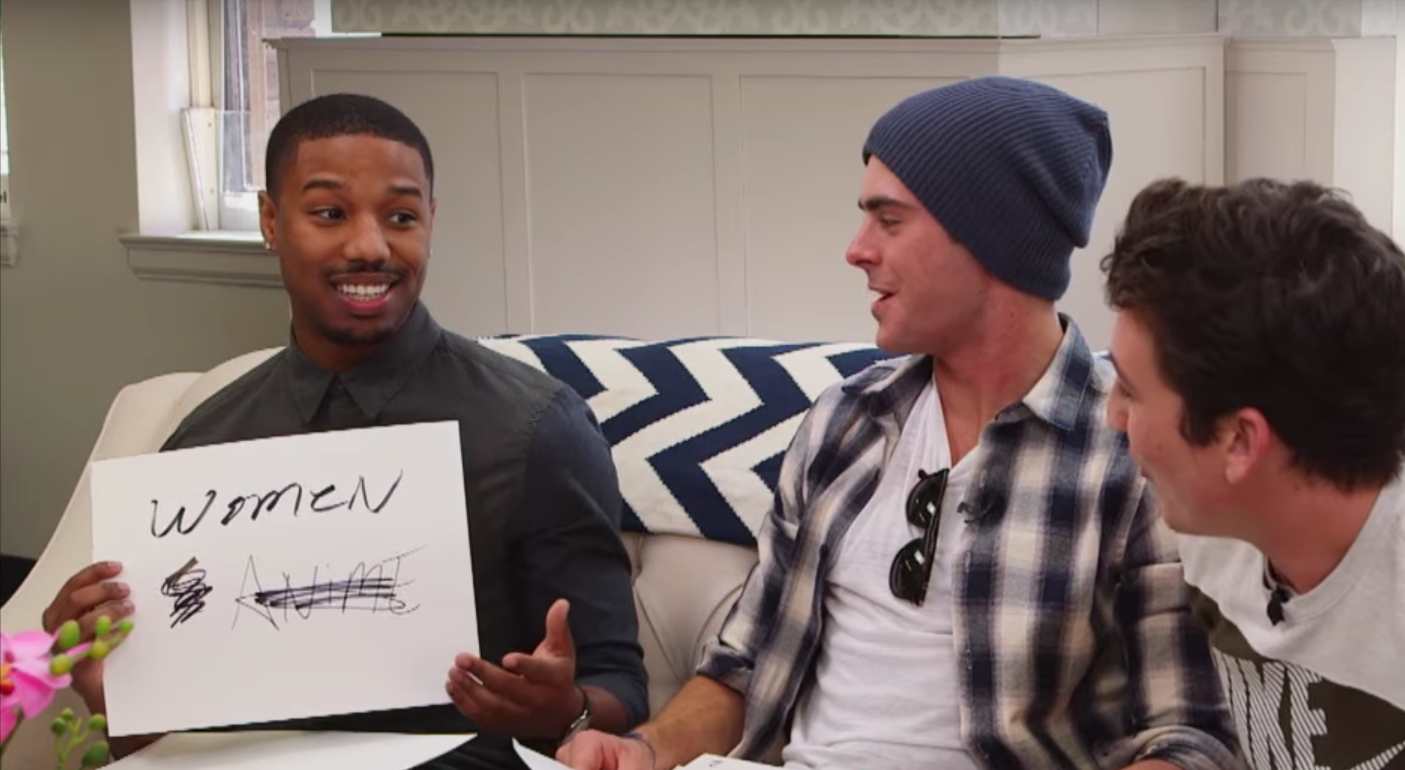 Despite the genre's overwhelming popularity, people act as if anime is still a niche interest. When celebrities like Kim Kardashian or Michael B. Jordan say that they're fans, or Britney Spears posts pictures of her son's Dragon Ball Z fanart on Instagram, fellow anime-enjoyers are shocked.

Anime has actually been mainstream for a couple of decades now.

There was a time when anime was obscure in the west, only available on copied VHS tapes passed among ultra fans. In 1999, that would change when Cartoon Network picked up the rights for Dragon Ball Z for a new block of programing called Toonami.

Dragon Ball Z had previously been broadcast on a few local UPN stations across the United States, but this was a nationally available cable network and not a local channel, and given the chance to shine the show was overwhelmingly popular. In October of 2000, TimeWarner would write in a press release that the show was a ratings driver for the network.

At the same time, children and teenagers were enraptured by the likes of Sailor Moon, which also aired on Toonami, and Pokémon, the companion show to the video game airing on the WB. "We were working in a bubble until people started writing about the success of Dragon Ball Z, because that was right around when Pokémon blew up," Toonami producer Jason DeMarco said in an oral history of Toonami for Complex. "It was really weird to suddenly have the Wall Street Journal writing about Dragon Ball Z. … we didn't understand that it was making cultural impact until we would occasionally speak at a high school and half of the kids in the room were like, 'Oh man, I love Toonami.'" 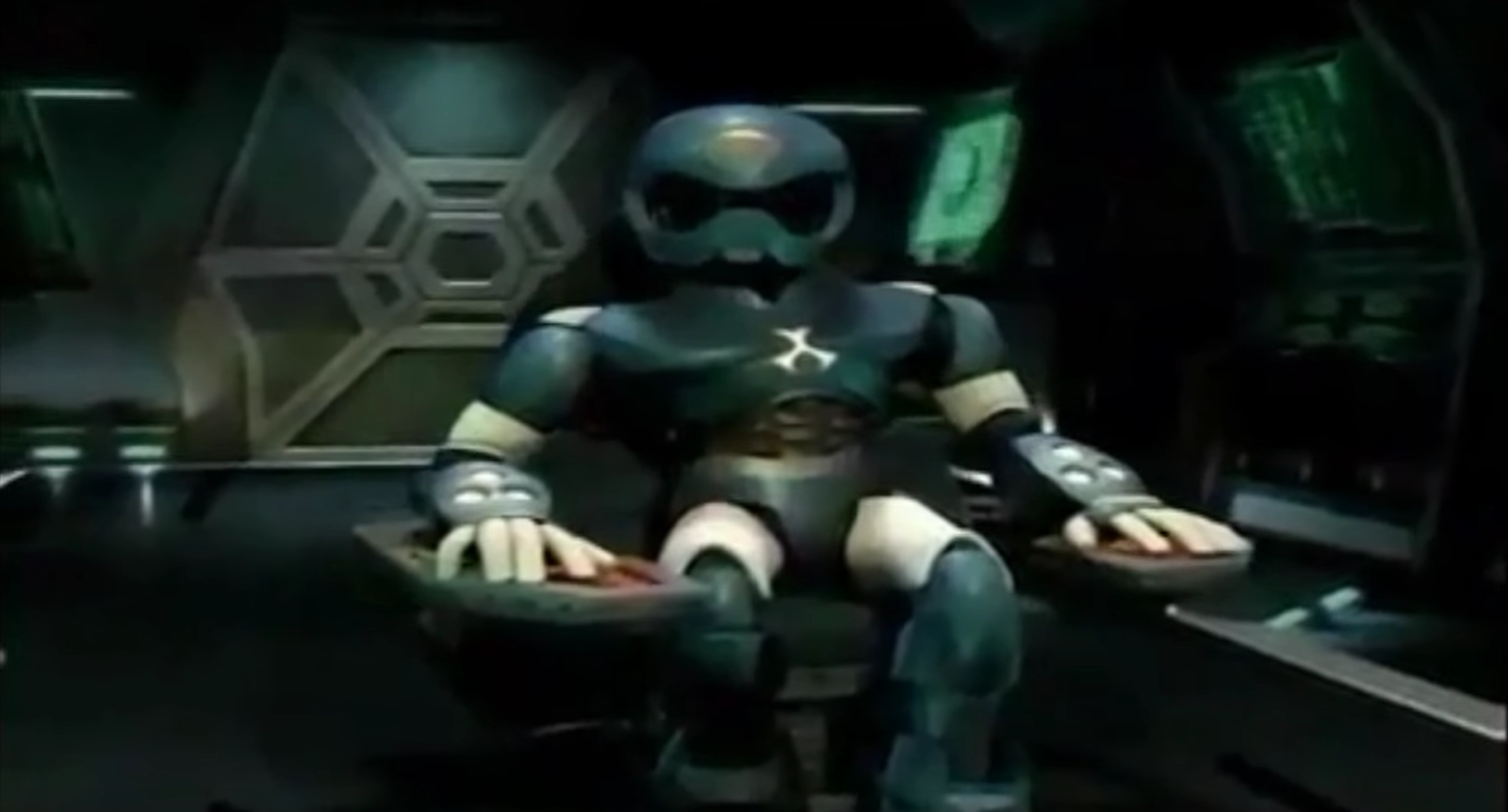 Starting in 2006, Cartoon Network would also have to start competing with streaming video, in particular Crunchyroll. Crunchyroll began as a site that hosted pirated fansubs of anime, but by 2009 they secured a deal with Tokyo TV to host episodes of the still unbelievably popular show Naruto Shippuden and removed all pirated material from their servers. In February of last year, Crunchyroll reported that they reached one million paid subscribers.

The accessibility of anime has only grown since the late 2000s. If you want to see series that are currently airing in Japan right now, all you need to do is go to Hulu or Crunchyroll, where popular shows like Darling In The Franxx and A Place Further Than The Universe are simulcast with their Japanese counterparts.

It's not difficult to imagine that the same people who remember Dragon Ball Z from back in the day checking out a new show here or there, or taking a look at what's going on in Dragon Ball Super. Shows like Fullmetal Alchemist, Attack on Titan and Sword Art Online have ushered in a new generation of anime fans as well, with merch sold in Hot Topic stores in malls across America. If you're on a bus in a major population center, it won't be too long until you see a teenager with a Survey Corps patch on their backpack. 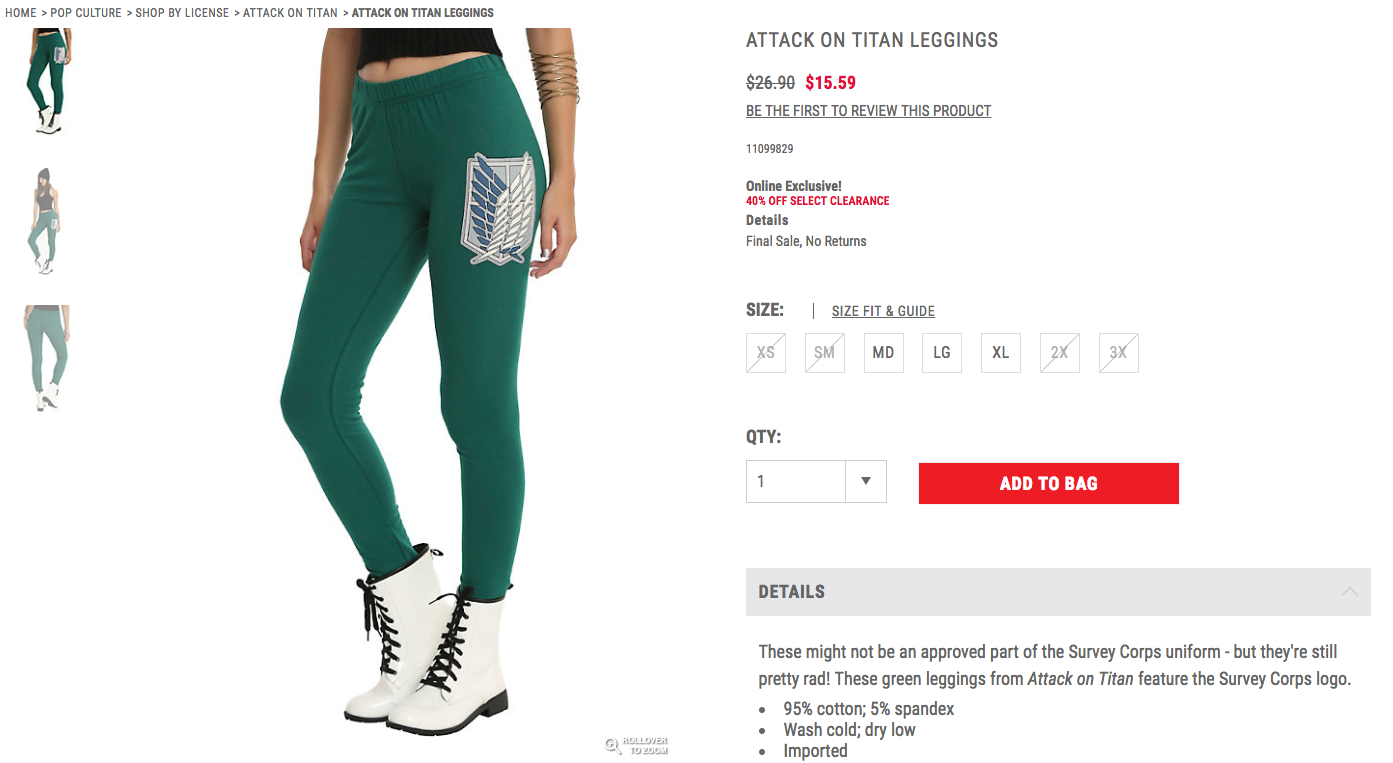 You can buy these ugly leggings on the Hot Topic website right now.

Anime's influence on Western culture is undeniable. Not only are series and films like Ghost in the Shell or Akira, popular in their own right, Western artists have been inspired by them and publicly pay homage to anime in their works. Darren Aronofsky infamously recreated a scene from Perfect Blue in his 2000 film Requiem for a Dream. No Doubt would use the film Kite as the inspiration for their music video for the song "Ex-Girlfriend" in 2000, and Kanye West would riff on Akira for his music video for "Stronger" in 2007.

Nickelodeon would produce an original show called Avatar: The Last Airbender, which was heavily influenced by anime to the point that some people consider it an anime in its own right. More recently, Western directors have been remaking seminal anime series like Death Note, Ghost In The Shell and Battle Angel Alita in Hollywood.

To say that anime is still as obscure as it was before Toonami is clearly, obviously incorrect. It's just as wrong to say that this isn't a part of mainstream culture. This month, the state of Oregon launched a Studio Ghibli inspired tourism campaign to get people to visit the state.

In a time when Ready Player One, a movie all about references to pop culture that were once considered niche or offbeat, is getting a multi-million dollar adaptation directed by Stephen Spielberg, it would feel weird to call nerd culture obscure. Not everyone has actually seen The Goonies, but not everyone has to. People were inspired enough by that movie that it's become a part of our cultural landscape just by osmosis.

Well, Ready Player One also straight up has a Gundam in it, from the anime franchise Gundam. People know what those things are — enough that Warner Brothers, the studio behind this movie, are banking on Gundam fans to come out to catch a glimpse of the robot in question.

You can see him at about 2:11 in the first trailer.

When you see someone like Kim Kardashian in Tokyo shopping for manga or declaring her love for anime on Twitter and Instagram, it seems a little shocking. But she would have been around 17 when Sailor Moon made its debut in the United States, and with three sisters, two of them younger, it's pretty likely that someone in the Kardashian household would have an interest in the show.

Britney Spears's son loves Dragon Ball Z with the ferocity of many young boys before him, but Britney herself also has Sailor Moon merch she keeps in her gym. Why not? When the show aired on television, she would have been around sixteen, right in the target demographic.

Michael B. Jordan's show of choice is Naruto, another show that aired on Toonami and then on Crunchyroll. He didn't have to take an exam to find out about this show. He just had to have some enthusiasm for stories about friendship and ninjas, and either an internet connection or cable.

Anime is just part of our world at this point. Maybe it's time to stop acting surprised that people like it.