Magic: The Gathering Is Getting Some Big Changes 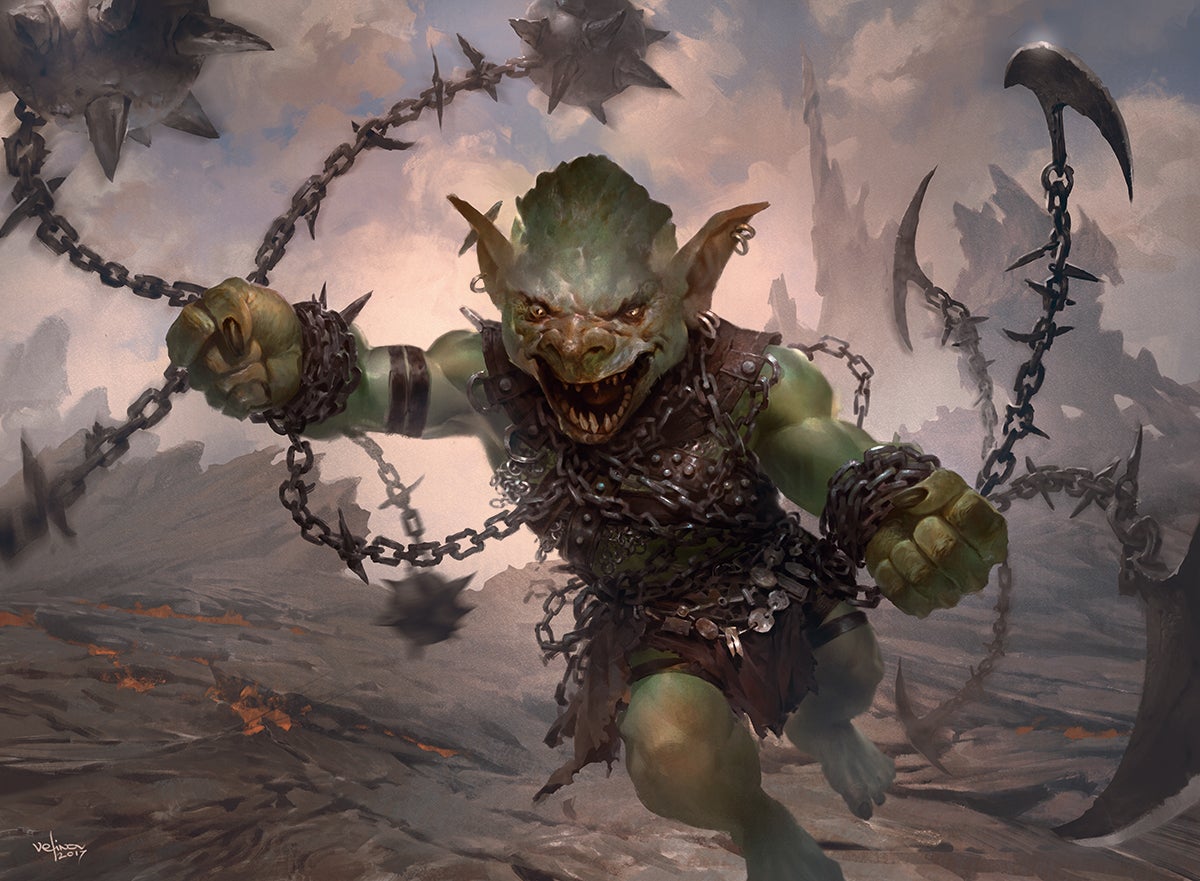 As Magic: The Gathering approaches its 25th anniversary, head designer Mark Rosewater is perched at a crucial point between past and future. The game's next set of cards will reprise Magic's classic Dominaria setting, with the game's original creator Richard Garfield tag-teaming design with Rosewater. But while it looks back, it will also look forward, making a tweak that some players have demanded for years: Changing the player's pronoun to the gender-neutral "they" on all future cards.

Art from Dominaria by Mark Winters

"We recognised that language changes with time and there's been a shift in desire to move to 'they'," Rosewater said via phone to Kotaku today about the expansion, which will release April 27. "It's something we've wanted to do, but there are a lot of technicalities with Magic. It wasn't as easy as flipping a switch."

Dominaria's release notes leaked yesterday, much to Rosewater's chagrin. A lot of fans didn't mind; they're thrilled to hear about Dominaria's nostalgia factor, and especially Garfield's role in the cards' design. As Rosewater tells it, he called up Garfield after fans had heard the game's creator express interest in coming back to Magic.

"I knew we were doing the return to Dominaria for our anniversary," Rosewater said. "If ever there was a perfect set for Richard to be on, this was it. So, I said, 'Richard, I have a set for you to be on.' He said, 'I'm on!' And I said, 'Wait, wait, let you tell you about it first!' And he said. 'I'm on anyway!'" 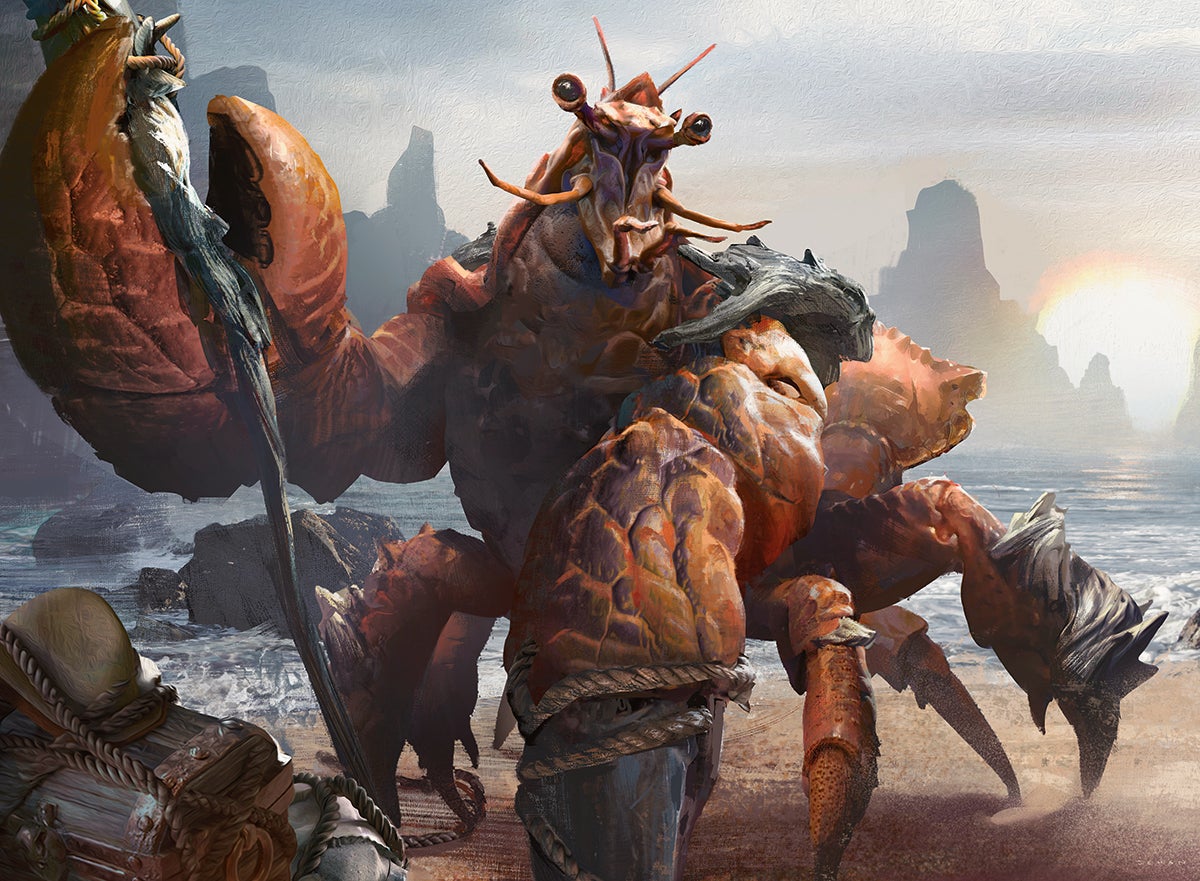 Art from Dominaria by Jehan Choo

Dominaria has incorporated a lot of different ideas over the years - ice, mutants, post-apocalyptica - so Rosewater's team thought hard about how to refine everything into one, overarching ethos. "Dominaria is a world of history," he said. "Famous people were here, famous objects. We wanted to play with the idea that famous things were happening."

Garfield had a big hand in Dominaria's new mechanic, Saga cards. They're enchantments that stack with "lore counters" and trigger "chapter" abilities on each card. They're meant to rehash stories from Magic's lore. Fittingly, Dominaria's second big feature is that every Dominaria pack will contain a Legendary creature card. Since the theme of Dominaria is blasts from the past, players will get a hint of that each pack. The set's overarching mechanics will accommodate the influx of Legendaries, tying together the set's theme and special cards.

Dominaria is aiming to be crowd-pleasing, and the set's shift in gender pronouns is no different in that regard. "If you go back to 1993, when Magic was first started, the idea of using 'he or she' was actually not normal. The default in 1993 was to just use 'he'," Rosewater explained. Now, 25 years later, Dominaria release notes read, "Magic has adopted 'they' as the preferred third-person-singular pronoun for a player, replacing 'he or she'." 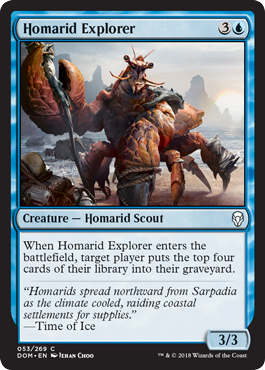 The change came out of a discussion Rosewater has fostered on his personal Tumblr and on Twitter for years. Just last month, he sparked another hot debate among fans. Back in 2014 and 2015, Rosewater himself had argued that the first-person "they" pronoun was too ambiguous to put on every card. "The problem with using singular they is that we have no word to mean plural they other than 'they'," he wrote at the time. "While inclusivity is very important to us, it is not the number one function.... The number one function is clarity. We're a game. You have to understand what cards do."

That's why the change wasn't as simple as, as Rosewater put it, "flipping a switch". But, especially in the wake of the Chicago Manual of Style's 2017 entry giving the all-clear to the singular "they", Wizards decided to go through the difficult process of making the change. Rosewater's team had to examine Magic's 18,000 cards to make the changeover, which will be visible in Dominaria.

Rosewater credits Magic's fandom for finally instigating the change: "It was the audience that started us down the path," he said.