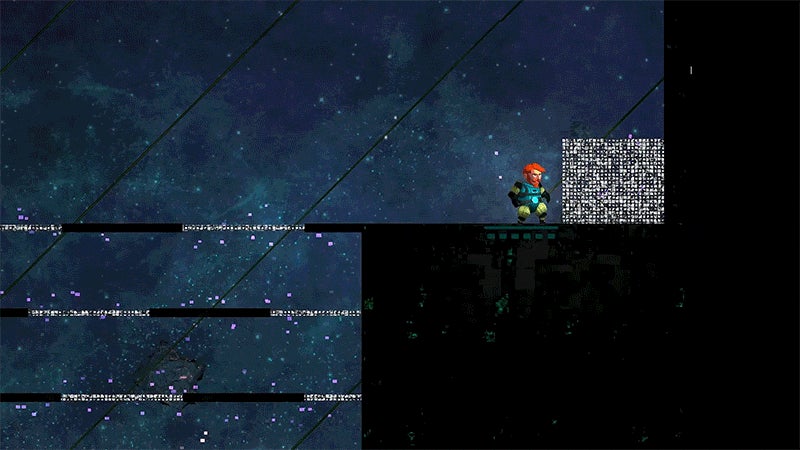 If Spaceman Mike stands completely inside a portal, he's transported to another place. If even a tiny bit of him remains outside, he dies. Developer Psydra Games does so much with such a simple mechanic in the disturbingly-named Mike Dies.

Mike Dies, available on Steam, has many things going for it. It's a Metroidvania-style puzzle platformer with outstanding level design and an amazing synth soundtrack. It tells an LGBT story by way of trippy space adventure, with Mike literally struggling against his god and demons. But the best thing about the game - what makes Mike Dies so damn compelling - is the portals.

Portals, in this game, are represented by grey static. Stepping into a portal starts the activation process. If Mike isn't fully surrounded by the static when the portal goes off, whatever bits of him outside are left behind, which isn't good.

Take the "Holey Diver" level. Thin black platforms slide across gaps beneath a line of portal static. Spend too much time on a platform and the portal activates, killing Mike instantly. 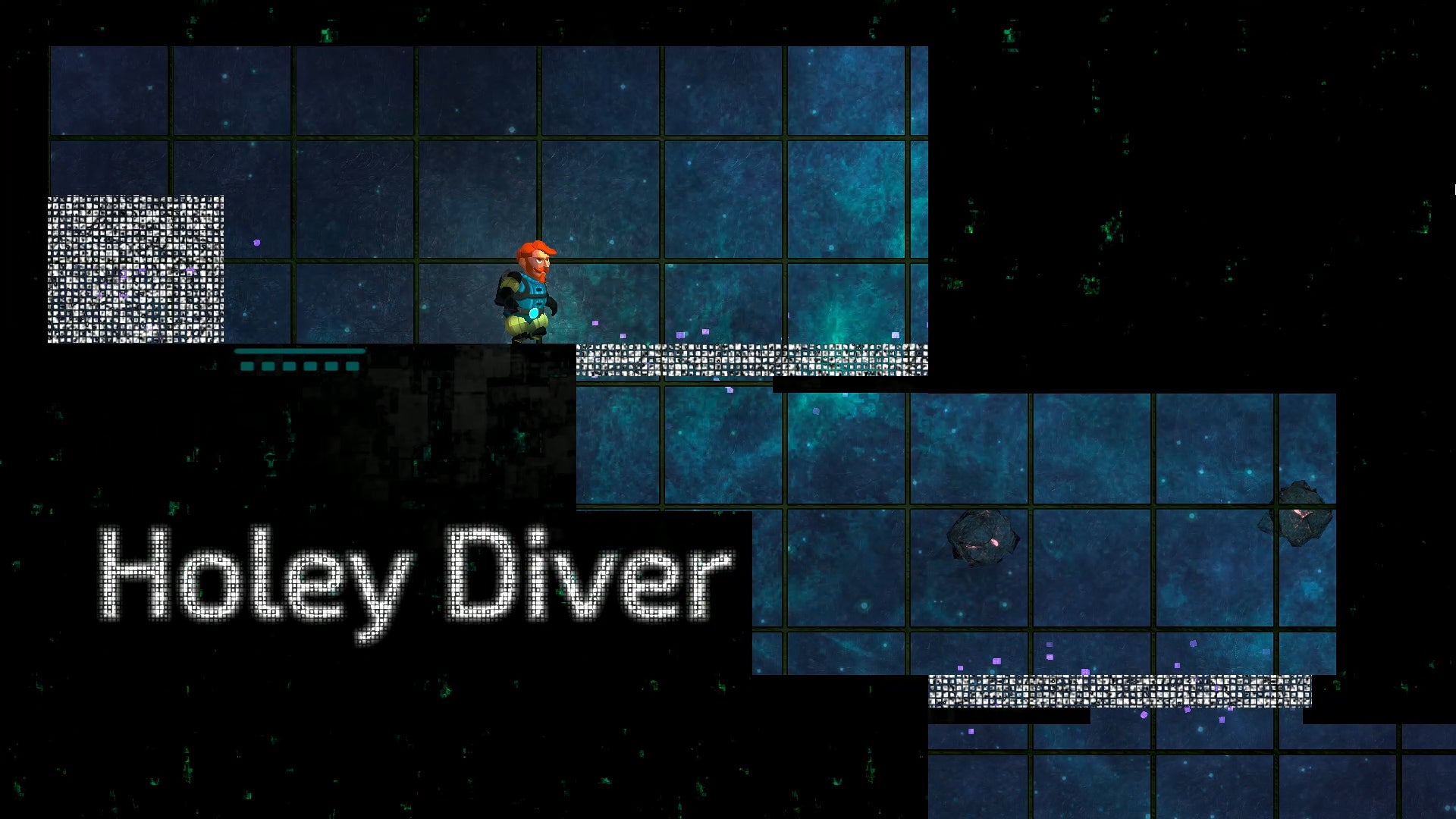 Here's another example, the level called "Slalom". Here we have two columns of portals, each with an activation time of a second or so. Mike has to move back and forth between them, allowing one to shut down while the one he's in spins up. Time it wrong and Mike dies instantly. 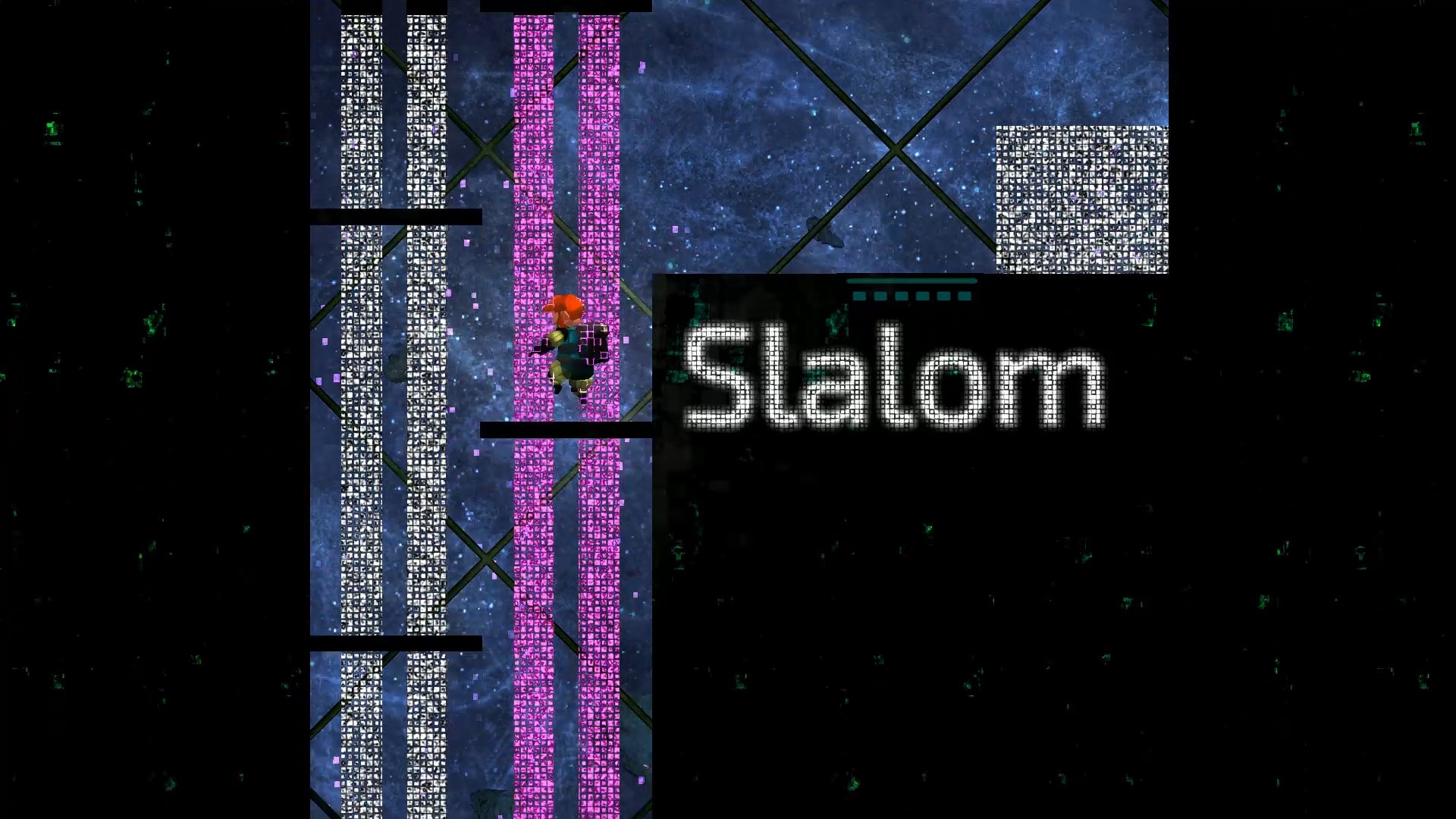 There are more than 300 levels in Mike Dies. I've played through about 100 so far, and I am still discovering new ways to die in portals. Portals that blink on and off. Cannons that fire portal beams. Portals that slide together or break apart. It's beautiful.

Shame about that name, though. 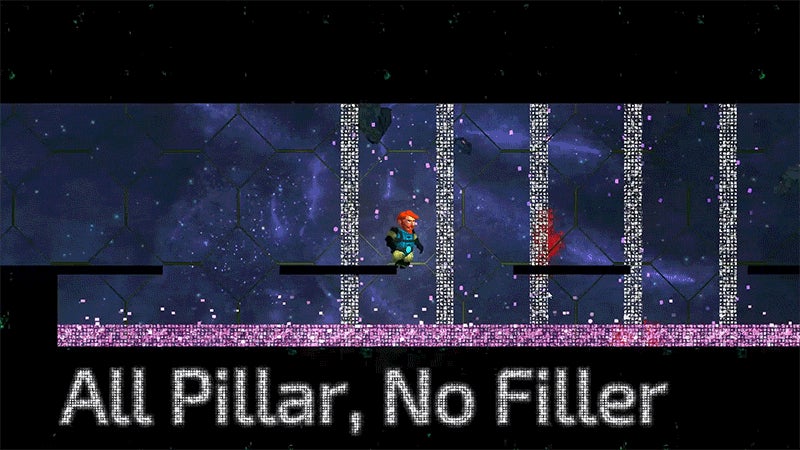