Nick Spencer Is The Amazing Spider-Man Comic’s Next Writer

It will be a cold day in hell before Marvel stops putting out Spider-Man comics. Peter Parker’s story is an eternal flame the publisher can’t afford to let go out and so it should come as no surprise that the webhead is being positioned front and center in Marvel’s latest relaunch. 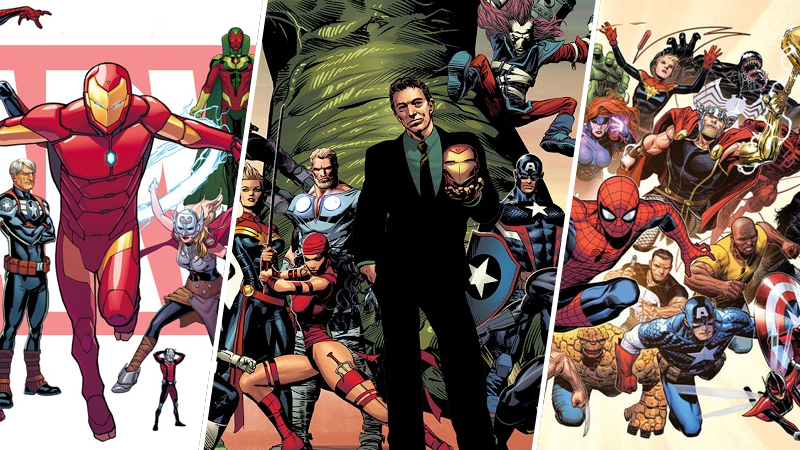 Comics relaunch and renew themselves on a regular basis. That's nothing new. But there's something strange about what's happened to the post-Secret Wars Marvel Comics. The 2015 event heralded what was meant to be a simpler, more accessible new age for the company - but instead, it's been kind of a wild, baffling ride.

Beginning this June, writer Nick Spencer (Secret Empire) and illustrator Ryan Ottley (Invincible) are taking over The Amazing Spider-Man, which is being renumbered as a #1 for Marvel’s “fresh start” initiative.

Speaking to Comicbook, Spencer described how, when presented with the chance to write Spidey, he immediately knew that he wanted Ottley on the project with him:

“I knew that Ryan was wrapping on Invincible, and I kept thinking, ‘God, would he be the perfect person for this?’ Spider-Man is such an artist book. It’s contained some of the best artists in Marvel Comics history, and I really do believe that Ryan, if he wants to be, is really one of the best superhero artists working in comics. And so, he was very much on the dream list, and we’re so lucky and thankful that he was interested in doing it, and we’re just [having] so much fun so far.”

For the past few years, Ottley’s been doing acclaimed work on Robert Kirkman’s Invincible and it’s interesting to see the artist make such an immediate jump to working on a mainstream title as big as Amazing Spider-Man.

In the past, Spencer’s done some wild things with Spider-Man’s rogues gallery in The Superior Foes of Spider-Man, and it will be interesting to see how he handles Parker himself when his run kicks off later this summer.