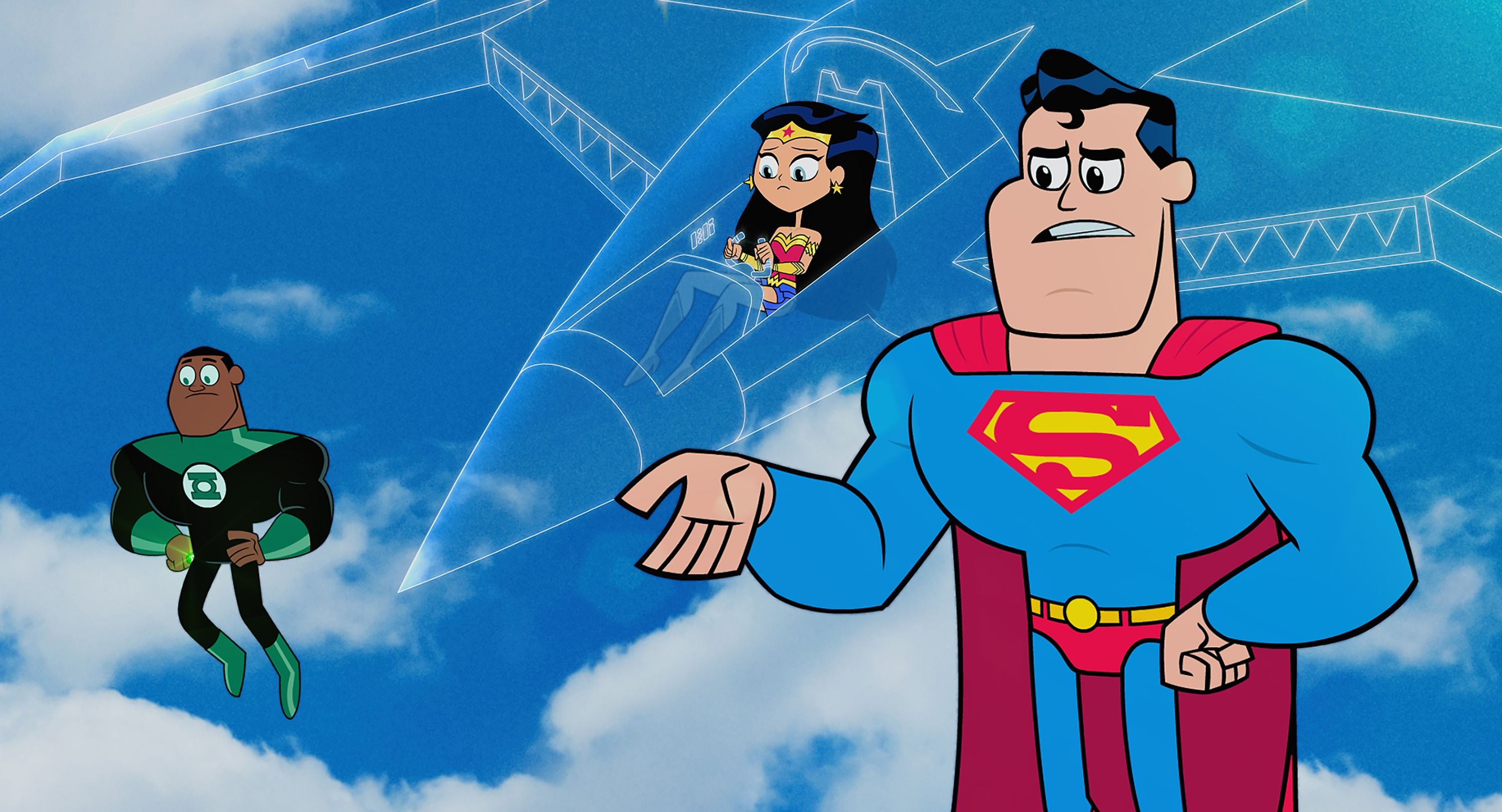 Not a day goes by that the world doesn’t weep for having never had the opportunity to see Nicolas Cage as Superman in Tim Burton’s Superman Lives movie that never came to fruition. But the time has finally come for the actor to bring the Man of Steel to the big screen.

From left to right: Green Lantern, Wonder Woman and Superman in Teen Titans GO! to the Movies. Photo: Cartoon Network

Yesterday Warner Bros. Animation announced that Cage will voice Superman in the upcoming Teen Titans GO! film and, when you think about it, the casting makes perfect sense (and there’s the added coincidence of there previously being talk of Superman Lives being animated).

Speaking to USA Today, executive producer Sam Register described how the production team wanted to make sure to find an actor who could both bring a true love for the character to the role as well as embody the comedic, offbeat spirit of the animated franchise:

Every superhero in the DC Universe has an impact on the fans, so we felt a great responsibility to find a voice for each character that would not only suit the role, but the playful tone of the Titans, and we’re thrilled with our cameo cast.

Though these new Leaguers might not be voiced by talent typically associated with DC’s flagship heroes, it’s looking as though Teen Titans GO! To the Movies take on them might just end up being the most fun we ever see in theatres when the movie drops on July 26.